A preliminary report filed in D.C. Superior Court by the Wanda Alston Foundation, which last month was named the receiver for the LGBTQ nonprofit and service provider Casa Ruby, advises the court that Casa Ruby should be dissolved following alleged financial mismanagement.

In a court-ordered report submitted on Sept. 13, Wanda Alston Foundation finds that, based on an ongoing examination of Casa Ruby’s financial records, the nonprofit’s current liabilities total more than $2 million and exceed any assets currently held by the nonprofit.

Wanda Alston Foundation says it is aware of at least five claims against Casa Ruby alleging breach of contract, but notes that it will take time to investigate and verify the validity of the claims. Some employees of Casa Ruby, who said they continued working with clients after the nonprofit’s housing program was forced to shutter, previously told Metro Weekly and other media outlets that they’ve gone unpaid since the spring.

After taking control of two properties leased by Casa Ruby in the Dupont Circle neighborhood, Wanda Alston Foundation discovered that both sites were abandoned and “appeared to have been ransacked,” the report states. Several file cabinets containing potentially important financial information and sensitive client information, as well as several computers, had been removed from the premises prior to Wanda Alston taking custody of the properties.

The documents left behind were “in complete disarray” and will take time to examine, analyze, and organize. Several months’ worth of mail, addressed to both Casa Ruby and to clients, had accumulated; wall lockers containing clients’ personal belongings had never been emptied; and files containing “sensitive, personally identifiable information” had been left scattered throughout the properties, according to the report.

According to the report, 80% of critical records and files at Casa Ruby’s office at 1635 Connecticut Ave. NW had been secured and removed from the premises, allowing Wanda Alston to vacate the property prior to being forced out by the landlord, who had begun eviction proceedings against Casa Ruby for unpaid rent. But files from a second office at 2033 Connecticut Ave. NW will still take time to go through, prompting Wanda Alston to ask for a judge’s order temporarily halting ongoing eviction proceedings until Wanda Alston can examine, organize, and secure the documents.

Wanda Alston Foundation also informed the D.C. Attorney General’s office of “potential criminal misconduct that it had uncovered” in going through the documents obtained from Casa Ruby’s properties and made “arrangements for the transfer of items deemed to have a significant potential evidentiary value.” However, the details of those discussions and findings were omitted from the report “in the interest of protecting anticipated ongoing criminal investigations,” the report says.

D.C. Attorney General Karl Racine’s office has filed a civil suit against Casa Ruby and is currently investigating the organization for alleged financial mismanagement and potential violations of D.C. law governing how nonprofits are managed.

In addition to the closure of Casa Ruby’s low-barrier shelter and transitional housing programs due to unpaid rent and the loss of a government grant due to alleged noncompliance with the grant’s terms, Racine’s office is also investigating how Casa Ruby managed money that flowed into the nonprofit’s financial accounts, which stemmed from charitable donations and more than $9.6 million received in grants from the District of Columbia, ostensibly to pay for programs assisting homeless LGBTQ youth, LGBTQ asylum seekers, transgender individuals, and LGBTQ survivors of violence.

Racine’s office claims, among other allegations, that Corado allegedly withdrew tens of thousands of dollars from the organization’s M&T Bank account throughout 2021 for personal use, including meals, transportation expenses, and more than $60,000 that was used to pay bills for a charge card that only she controlled, with the most recent withdrawal occurring in July.

Last month, Racine’s office filed a temporary restraining order seeking to freeze Casa Ruby’s financial accounts and prevent Corado — who former employees say was the only person with access to the accounts — from making withdrawals. Superior Court Judge Danya Dayson granted the request, and ordered Racine’s office and Corado to submit names of potential receivers who could resolve Casa Ruby’s outstanding debts in the hope of avoiding bankruptcy.

On Aug. 12, Dayson named Wanda Alton Foundation as the receiver for Casa Ruby, and ordered it to submit a preliminary status report looking into Casa Ruby’s finances and making preliminary recommendations for how the outstanding debt should be resolved.

Wanda Alston has been in contact with several of Casa Ruby’s creditors, and has also been in talks with D.C. government agencies regarding grant money that was earmarked for non-housing programs — some of which continued to operate even after the housing programs shut down — and what requirements or obligations Casa Ruby would have to meet to continue receiving that money until the grant runs out.

Wanda Alston determined, as part of its preliminary findings, that Casa Ruby’s liabilities far outweigh its assets. The full extent of Casa Ruby’s assets also remains unclear at this time, though it is not believed to be enough to pay all of the nonprofit’s outstanding financial obligations, including backpay for employees, overdue rent, and bills from vendors.

Due to a high volume of requests, M&T Bank has not yet granted Wanda Alston access to Casa Ruby’s accounts, but expects to grant that access sometime in the next week. Citibank told Wanda Alston that there are no deposit accounts in Casa Ruby’s name, only a credit card account, but refused to provide any information about the account to Wanda Alston until it receives a subpoena. A former Casa Ruby employee provided statements from the organization’s PayPal account, which funnels donations from the public, but there were reportedly no funds left in those accounts.

In her order last month, Judge Dayson had asked Wanda Alston to assess whether Casa Ruby’s board of directors — whose members moved away or resigned from the board over a period of years — should be reconstituted, despite allegations from the D.C. Attorney General’s office that board members failed to meet in person or provide meaningful oversight of Casa Ruby’s finances and actions taken by Corado. Wanda Alston has since determined that, due to those oversight failures, it would be better to dissolve Casa Ruby rather than attempt to reconstitute the board.

The parties in the case, including Wanda Alston, the Attorney General’s office, and Corado, are next scheduled to appear, either in person in D.C. Superior Court, or virtually through a phone or video hookup, for a status hearing on Thursday, Sept. 29.

Receiver will assess Casa Ruby's finances and determine whether the LGBTQ service provider can continue operating. 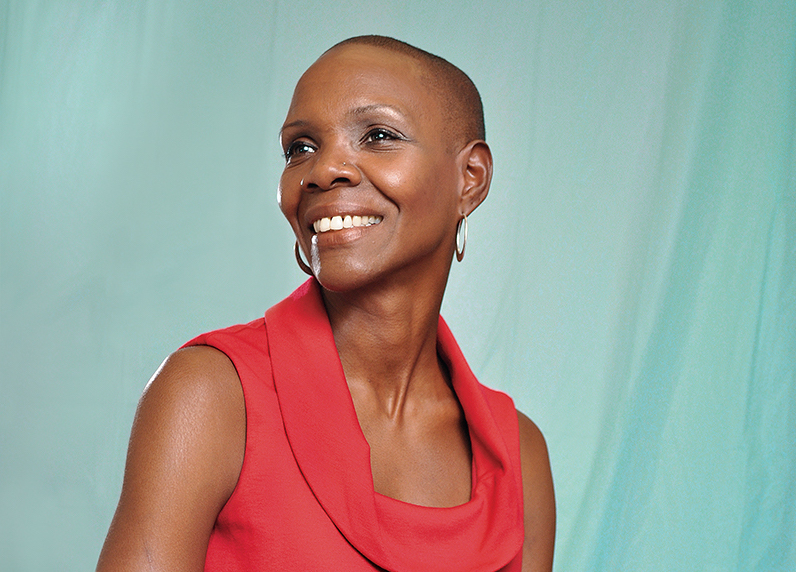 The D.C. Attorney General's Office has named the Wanda Alston Foundation as the receiver for local LGBTQ nonprofit, shelter, and community center Casa Ruby, which has come under investigation for alleged financial mismanagement.

On Thursday, D.C. Superior Court Judge Danya Dayson approved a motion setting up a receiver for Casa Ruby in response to a complaint from the office of D.C. Attorney General Karl Racine. Racine's office has claimed that Casa Ruby violated D.C. law governing nonprofits by mishandling finances over a period of several years.

According to Racine's office, Casa Ruby -- which held itself out as a service provider to homeless LGBTQ youth, LGBTQ asylum seekers, LGBTQ victims of violence, transgender individuals, and Latino and immigrant communities -- racked up debts to landlords and vendors that were never paid, failed to pay employees for work done on the organization's behalf, and left its former executive director, Ruby Corado, as the sole person able to access the organization's financial accounts.