The men are seen embracing each other and talking in a close circle. As he rolls down the window, Edwards calls the men “queer-ass n****s” while another person inside the car laughs in the background.

“What I said was immature, hurtful, and disrespectful, and I’m incredibly sorry,” Edwards tweeted on Sunday. “It’s unacceptable for me or anyone to use that language in such a hurtful way, there’s no excuse for it, at all. I was raised better than that!”

What I said was immature, hurtful, and disrespectful, and I’m incredibly sorry. It’s unacceptable for me or anyone to use that language in such a hurtful way, there’s no excuse for it, at all. I was raised better than that!

The Minnesota Timberwolves said in a statement that they are “disappointed” in Edwards’ actions.

“We are disappointed in the language and actions Anthony Edwards displayed on social media,” the NBA franchise said in a statement attributed to President of Basketball Operations Tim Connelly. “The Timberwolves are committed to being an inclusive and welcoming organization for all and apologize for the offense this has caused to so many.”

The NBA could potentially fine Edwards because of the incident, which most likely violates its social media guidelines. Several other NBA players have previously come under scrutiny for their anti-gay rhetoric on social media.

The NBA told The Hill in a statement that it is reviewing the Edwards incident.

The controversy surrounding Edwards is similar to a situation involving former Miami Heat point guard Tim Hardaway, who made anti-gay comments in a 2007 interview, claiming he wouldn’t want a gay teammate, or to be around a gay man in the locker room.

Hardaway was criticized for the remarks, and banned from appearing in an official capacity at that year’s annual All-Star game.

Hardaway has since apologized on several occasions for the comments, which he believes kept him out of consideration for the Basketball Hall of Fame until this year, finally becoming enshrined this past weekend. He attributes his anti-gay sentiments to his religious upbringing.

“I grew up in a church, and that’s the way churches were — they instilled in you that [homosexuality] wasn’t the way you should be,” Hardaway said in an interview with the San Francisco Chronicle. “I was just taught differently. Don’t talk to them, don’t mess with them, leave them alone. I never tried to talk bad about them or do hateful stuff. It was just my upbringing in church.

“But I’ll tell you this: It was so wrong of me, and people have suffered,” he continued. “I had to grow up and really do some soul-searching. What I said was just hurtful.” 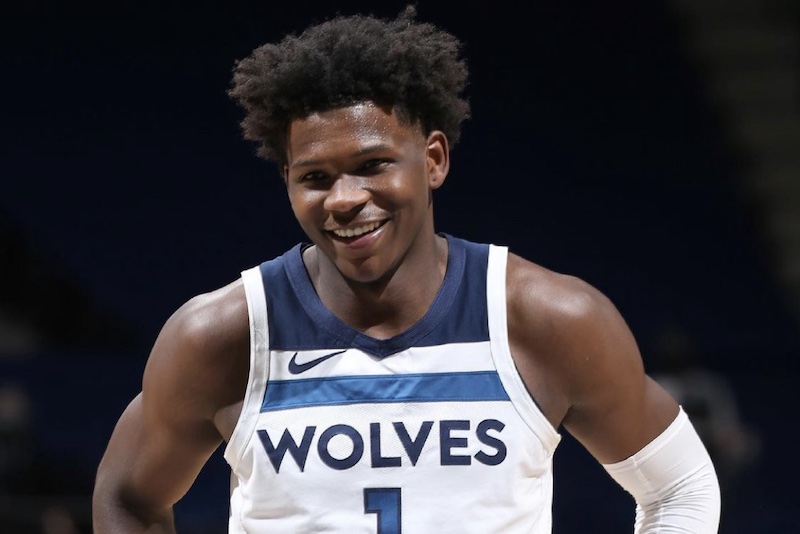 In a now-deleted Instagram video, which has since been posted to Twitter by other social media users, Edwards is seen rolling down a car window and making comments about a group of shirtless men, some of whom appear to be wearing harnesses, embracing each other and talking in a close circle.

As he rolls down the window, Edwards calls the men "queer-ass n****s" while another person inside the car laughs in the background.

Shortly after the video was widely shared, Edwards deleted it and apologized for his actions in a statement, calling his behavior "immature, hurtful, and disrespectful" and his language "unacceptable."