The first-of-its-kind commission is investigating suspected anti-LGBTQ hate crimes that took place between 1970 and 2010.

On Wednesday, an Australian special commission has heard evidence about homophobic murders that took place in deserted locales across New South Wales over span of 40 years.

The Special Commission of Inquiry into LGBTIQ Hate Crimes in New South Wales, led by Justice John Sackar, is examining unsolved deaths that might have been hate crimes against LGBTQ people between 1970 and 2010.

According to the commission’s website, a team of barristers, solicitors and investigators spent five months looking through hundreds of thousands of documents related to dozens of incidents in which LGBTQ people, primarily gay men, are believed to have been attacked, beaten, murdered, or chased to their deaths over cliffs overlooking Australian beaches, which — due to their remote location — had historically served as “cruising spots” for gay men looking for intimacy with other men.

A portion of those attacks, commonly referred to as the “Gay Gang Murders,” are thought to have been carried out by hordes of homophobic young men and women who either singled victims out due to anti-gay animus or with the intent of robbing them, ultimately resulting in the men’s deaths.

The commission is asking anyone with information on any suspected anti-LGBTQ hate crimes to share what they know with authorities.

At last Wednesday’s hearing, lawyer Peter Gray called the inquiry the first of its kind in the world. Gray also noted that the response from Australian institutions, including local police, have historically been insufficient in solving suspected hate crimes committed against members of the LGBTQ community.

In 2015, a police task force called the Strike Force Parrabell began to investigate 88 deaths believed to have been among the “Gay Gang Murders.”

Those 88 deaths were not necessarily representative of all those who died from homophobic violence – they were just the cases identified in an earlier article by the Australian Institute of Criminology. In 2018, the Strike Force Parrabell force released its report announcing 63 of those cases had been solved.

In that report, the New South Wales Police Force acknowledged “without qualification both its and society’s acceptance of gay bashings and shocking violence directed towards gay men, and the LGBTIQ community between 1976 and 2000.”

Increased discussion about the “Gay Gang Murders” prompted the eventual creation of the Special Commission of Inquiry into LGBTIQ Hate Crimes in April this year. The commission will examine potential hate crime deaths including but not limited to the cases left unsolved by the Strike Force Parrabell.

In the press release announcing the commission’s development, Shayne Mallard, the chair of the Legislative Council Inquiry, called it an important step in the right direction.

“Members of our LGBTIQ community have suffered grave injustices that were not acceptable in the past and are certainly not acceptable now,” Mallard said. “This Inquiry will be painful, bringing some awful incidents back into the spotlight, but it is an important process to right past wrongs.”

The commission’s decision to hear evidence comes as an Australian man, Scott Phillip White, may head to trial on murder charges related to the 1988 killing of Scott Johnson, a gay American graduate student who became the public face of the victims of the “Gay Gang Murders.” Three separate inquiries were held looking into Johnson’s death, with the initial finding of suicide eventually being overturned in 2012 by a ruling labeling the cause of death “inconclusive, and that eventually being overturned by a 2017 inquest finding that Johnson was murdered either by being pushed or chased off a beach cliff.

In January, White confessed to killing Johnson, and was sentenced to 12 years in prison, but has since attempted to withdraw that confession. He is currently appealing a lower court’s refusal to allow him to withdraw his guilty plea, claiming he only confessed due to fear of retribution from his ex-wife.

Johnson’s brother, Steve, told The New York Times after White’s initial confession that — despite the length of time and numerous obstacles he faced in getting police to investigate his brother’s murder — the case can offer a blueprint for how to pursue other investigations into homophobic hate crimes from decades ago.

“They now have a model to follow,” he said at the time. “They now have some hope that you can solve a 30-year-old case. I feel like my brother would be really proud.” 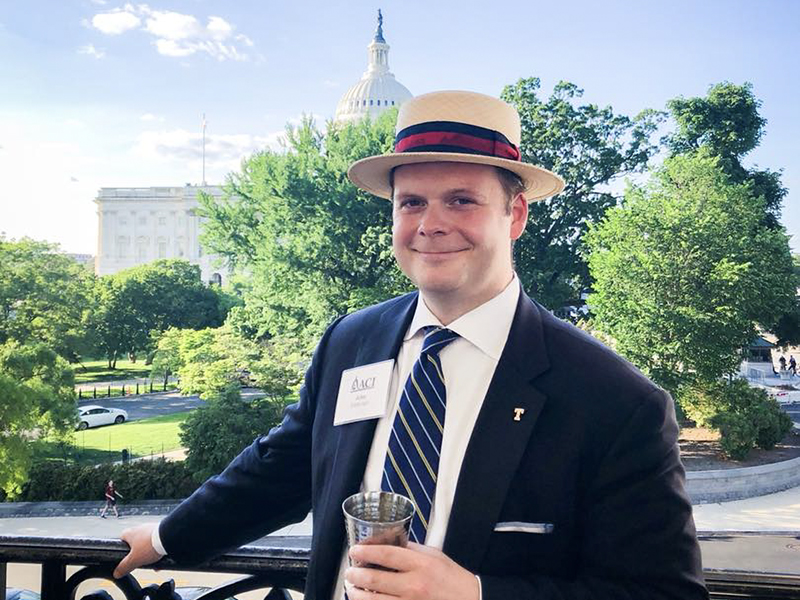