Equality PAC, the political action committee that advocates for greater LGBTQ representation in Congress, sent out a message on Monday to its supporters advising them to support eight incumbent members of Congress — all Democrats — and eight non-incumbents.

Given the political realities of the districts they represent, at least half of the remaining incumbents — Maloney, Kansas Congresswoman Sharice Davids, Minnesota Congresswoman Angie Craig, and New Hampshire Congressman Chris Pappas — are in races rated “tossups” by most political prognosticators.

The remaining four endorsees — California Congressman Mark Takano and Rhode Island Congressman David Cicilline, who are the co-chairs of Equality PAC, as well as New York Congressman Ritchie Torres and Wisconsin Congressman Mark Pocan — are all expected to be victorious on Tuesday.

The non-incumbents who have been endorsed by Equality PAC in competitive races are: Robert Zimmerman, a New Yorker who is running for a swing seat on Long Island; Eric Sorenson, a meteorologist running for a rural and “Rust Belt” seat in northwestern Illinois; and Jamie McLeod-Skinner, a businesswoman in a newly drawn district that ties together some of the Portland suburbs and the city of Bend with swaths of rural Oregon.

Equality PAC ndorsees who face uphill battles in strongly Republican districts are: Heather Mizeur, a former Maryland state representative and farmer running to represent parts of the Eastern Shore and the Baltimore exurbs; Jasmine Beach-Ferrara, a county commissioner running to represent Asheville and rural western North Carolina; and Will Rollins, a former military prosecutor challenging Republican U.S. Rep. Ken Calvert in a district that ties some of the reddest parts of Orange and Riverside counties with LGBTQ enclaves like Palm Springs and other “Desert Cities.”

Lastly, Equality PAC has also endorsed Long Beach Mayor Robert Garcia, who is favored in a Democratic district and would be the first LGBTQ immigrant ever elected to Congress; and Becca Balint, the Vermont Senate President Pro Tempore, who is expected become the first woman and LGBTQ official elected to Congress from Vermont.

“Throughout the primary and general election process, Equality PAC met with numerous candidates and campaigns to discuss their visions for how we can advance equality and support the LGBTQ community,” co-chairs Takano and Cicillines said in a statement. “Equality PAC has endorsed 16 diverse LGBTQ House candidates that represent the best our community has to offer.

“We urge voters who live in these communities where our candidates are running to support their bid for office and help us grow our LGBTQ numbers in the House,” they added. “Tomorrow is your chance to make history and our opportunity to further protect our community.”

Democrats’ SANTOS Act Would Punish Candidates Who Lie About Their Resume 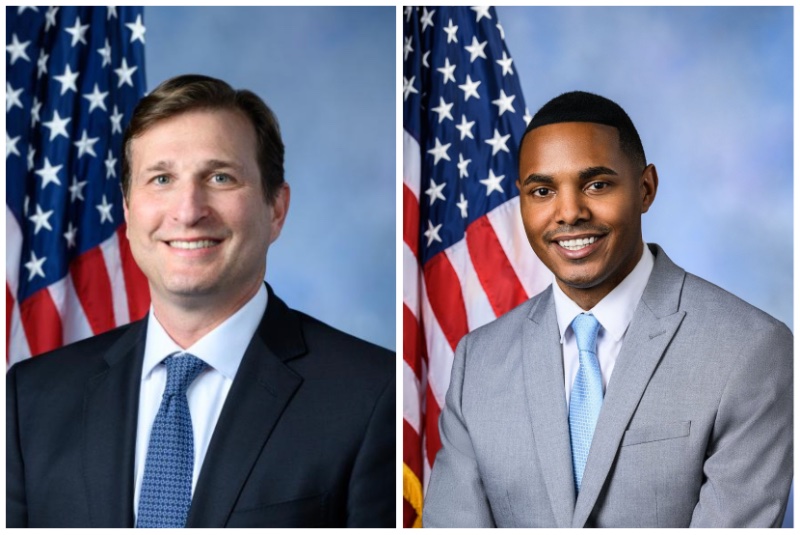 A pair of Democratic congressman have introduced a bill aimed at fining and punishing candidates for political office who lie about their résumés or biographies.

U.S. Reps. Ritchie Torres (D-N.Y.) and Dan Goldman (D-N.Y.) have introduced the "Stopping Another Non-Truthful Office Seeker" Act, or SANTOS Act, named after Republican New York Congressman George Santos, who has come under scrutiny after some of the claims he made -- on the campaign trail, on his website, and on his résumé -- were found to have been exaggerated or to be outright fabrications, according to an exposé in The New York Times last month. 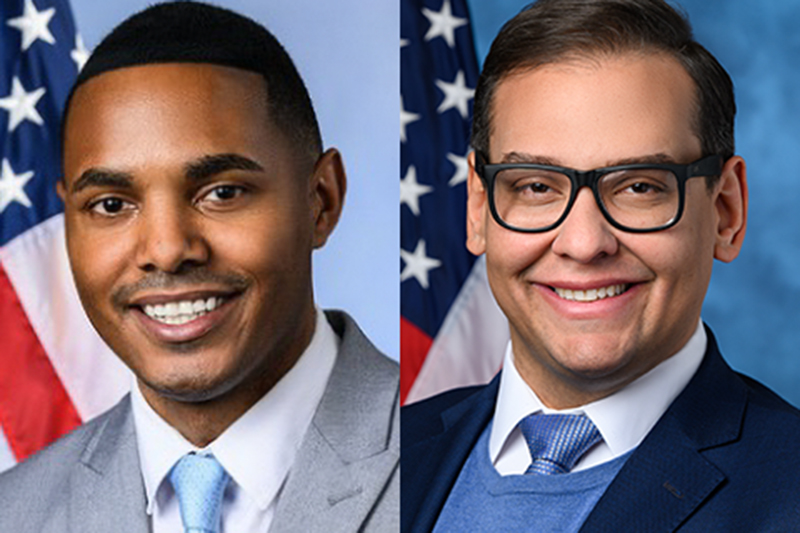