The FBI and San Francisco police have debunked a well-worn anti-gay conspiracy theory that Paul Pelosi, the husband of U.S. House Speaker Nancy Pelosi, was attacked in the Pelosi family’s home by a hammer-wielding gay sex worker whom he allegedly picked up at a bar.

Prominent figures on social media and in right-wing politics — including Twitter owner Elon Musk, Donald Trump, Jr., New York Congresswoman Claudia Tenney, Louisiana Congressman Clay Higgins, and right-wing author and media personality Dinesh D’Souza — have trumpeted the theory and pushed in on various platforms, in an attempt to shift the narrative about the assault.

Some conservatives have alleged that the story about the attack contains inconsistencies, and have claimed that Democrats are using the incident to cast Republicans as violent and deranged in the lead-up to next Tuesday’s midterm elections.

The theory traces back to an incorrect local news report by Oakland-based FOX affiliate KTVU that incorrectly claimed that the alleged attacker, David DePape, was arrested in his underwear. The station later issued a correction about the inaccuracy, but the story — and memes mocking the alleged details of the attack — had already been circulated widely on social media by right-leaning users.

Online users also alleged that a third person opened the door to Pelosi’s house for police, but police have debunked that.

But police have said the facts of the case do not match the rumors that detractors and political opponents of Nancy Pelosi have attempted to spread. For one thing, contrary to the conspiracy theory, Paul Pelosi told police he did not know DePape prior to the attack.

“There is absolutely no evidence that Mr. Pelosi knew this man,” San Francisco Police Chief William Scott told CNN in an interview. “As a matter of fact, the evidence indicates the exact opposite.”

According to police, and an FBI affidavit included in the federal criminal complaint against DePape, the 42-year-old broke into a glass door in Pelosi’s San Francisco home on the morning of Friday, Oct. 28. He walked into the bedroom to confront Paul Pelosi, saying he wanted to talk to his wife.

According to Politico, Pelosi who was wearing a pajama shirt and boxers when he was awakened, told DePape his wife was not home, to which DePape allegedly responded that he would “sit and wait” for several days for her to arrive. Pelosi attempted to reach an elevator inside the house containing a phone in order to call police, but DePape blocked him, according to a charging document filed by San Francisco District Attorney Brooke Jenkins.

Pelosi was able to get inside the bathroom and call 911. During the call, Pelosi reportedly referred to DePape as “a friend” and “sounded somewhat confused” — information that has been used to fuel the “gay lover” conspiracy theory. But police told CNN that Pelosi appeared to be speaking in coded language to make clear he needed help without angering DePape, an assertion backed up by a police report noting that Pelosi told officers he had never seen DePape before.

Even after Pelosi called 911, DePape stayed in the bedroom, telling Pelosi he felt that “much like the American founding fathers with the British, he was fighting against tyranny without the option of surrender,” according to a statement he gave to San Francisco police.

When police arrived on scene, they witnessed DePape and Pelosi struggling over a hammer. Pelosi briefly let go, at which point DePape struck him with the tool.

In his statement to police DePape, admitted to breaking into the house and claimed he wanted to hold Nancy Pelosi hostage until she “told the truth” or he would break her kneecaps. He also claimed to want to use her to draw out a larger figure in the Democratic cabal — he did not specify whom — because he viewed the Speaker as the “‘leader of the pack’ of lies told by the Democratic Party.”

Police have since noted that DePape was obsessed with anti-Semitic conspiracy theories, including the QAnon theory that claims Democrats are part of a cannibalistic, child-trafficking cabal of global elites. He reportedly obsessed over theories claiming that COVID-19 vaccines are deadly, that the 2020 election was “stolen” due to widespread voter fraud, and that the Jan. 6 riot at the U.S. Capitol was a “false flag” attack, according to Facebook and other social media posts reviewed by CNN. Relatives of DePape confirmed to CNN that the posts are authentic and consistent with DePape’s regular rants.

Cynthia Miller-Idriss, an American University professor who studies polarization and extremism, told CNN that the rapid spread of the “gay lover” conspiracy theory — temporarily bolstered (and later deleted) by Musk and spread by others sympathetic to the conservative movement — demonstrates how quickly misinformation can be spread. It also plays into conservatives’ existing hatred for Nancy Pelosi, who has long been a target for right-wing attacks.

“We have a population that is unable to discern what is true and what’s not, and this spreading of misinformation from credible sources undermines that,” Miller-Idriss said. “People are willing to accept conspiracy theories when they reinforce the narrative they already hold in their head.”

“We’ve spent a lot of energy just pushing back, really ridiculous conspiracy theories, to make sure people stay focused on our team,” he told CNN. “These things are harmful to society, they’re harmful to the victims involved — it’s really sad that we are here in this place, but we are.”

He also faces separate state-level charges brought by the San Francisco District Attorney’s office, inlcuding “attempted murder, residential burglary, assault with a deadly weapon, elder abuse, false imprisonment of an elder, as well as threats to a public official and their family,” which could carry up to a 13-year prison sentence. 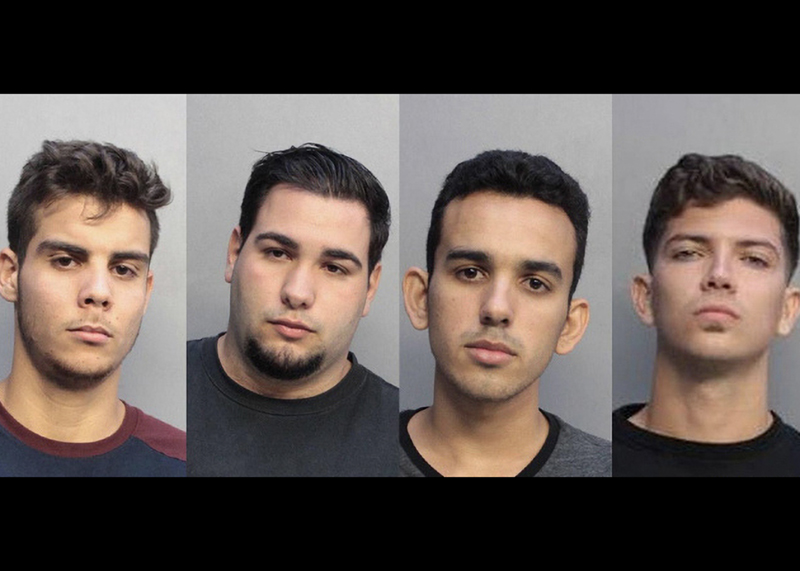