Jace Kaholokula Saplan debuts as the new head of the Choral Arts Society with a tribute to Washington, D.C.

“There’s a specific rhythm to this city that is so vibrant,” says Jace Kaholokula Saplan, a native of Hawaii who, as a recent transplant, has been getting into the groove of D.C. “Just walking around Dupont Circle, or going to the rehearsal hall, there is such a need to do something for one’s community, to do something for society, to ensure that their lives are worth living. And it’s an inspirational scene for a musician.”

It’s especially stimulating to a musician like Saplan who feels similarly compelled by virtue of their specific identity and heritage.

“I identify as a [Hawaiian] native gender expression called māhū,” they say. “Because of how māhū is articulated in the native space, I find connection of being māhū to being nonbinary…. Māhū folks stand right at the center to embrace both [male and female genders] because our role in society is to learn all of the chants and learn all of the stories and learn all of the responsibilities between [male] and [female] and pass it on to the next generation. Many māhū folks within Hawaii serve as music educators, to pass down these songs.”

As it happens, Saplan is following along that path as well, serving as the director of choral activities at Arizona State University. He’ll now split his time between Arizona and D.C., as the new incoming artistic director and conductor of the Choral Arts Society of Washington.

“My journey with music especially is so interwoven within my māhū identity, to the point where me functioning as a conductor [and] a choral practitioner…is me fulfilling my role as māhū,” they say. “Being a māhū individual, being a gender expansive individual, being someone who stands between [male] and [female] means that…I carry the important responsibility of representing my community to the best of my ability.”

Saplan will make their Choral Arts debut next weekend, leading the organization with a concert programmed for that very occasion, in a way nodding to a native Hawaiian custom. They explain, “In Hawaii, when we are introduced to a new community to show our worthiness and to show our humility for the community, it’s our practice…to talk about what we’ve learned about that community and to celebrate what we are about to engage in.”

Saplan puts the spotlight on Washington with the program, O What A Beautiful City: Wondrous Music Rooted in D.C. “As someone that is new to this city, I knew that the first concert needed to be about celebrating the city of D.C. — celebrating the composers and their works, and celebrating the musical culture of the area, [which] is just so incredibly vibrant. We’ll do works specifically by Pulitzer Prize-winner George Walker, by the jazz icon Duke Ellington, B.E. Boykin, an up-and-coming composer from the DMV area, and the song leader and community facilitator Ysaÿe Barnwell, [whose] works just weave text and music so beautifully.”

In addition to the 160-member Choral Arts Symphonic Chorus, the concert features select soloists, including soprano Millicent Scarlett, who will perform “A Heart in Hiding” by Gwyneth Walker. Scarlett, as Saplan puts it, “comes with this velvety voice that contains the universe within her range.”

Another guest is spoken-word artist Charity Blackwell. “I knew that I wanted storytelling woven into the performances of the choral works in addition to spoken word,” they say, and realized Blackwell was perfect for the occasion after catching her perform one night at Busboys & Poets. “I was so inspired by the way she performs and by the way she articulates her imagination into the void.”

“I’ve felt very welcomed. It’s been a beautiful journey of understanding and empathetic curiosity and storytelling,” Saplan says, when asked to reflect on their first two months with the organization. There’s been storytelling all around, courtesy of the rich institutional knowledge and experience at hand.

“So many of our chorus members have been a part of Choral Arts for a quarter of their lives, or half of their lives,” Saplan says. “This program is not only an opportunity to celebrate our patrons and celebrate this community, it has also been a transformative rehearsal arch for me to get to know the chorus in informed and nuanced ways.” –Doug Rule 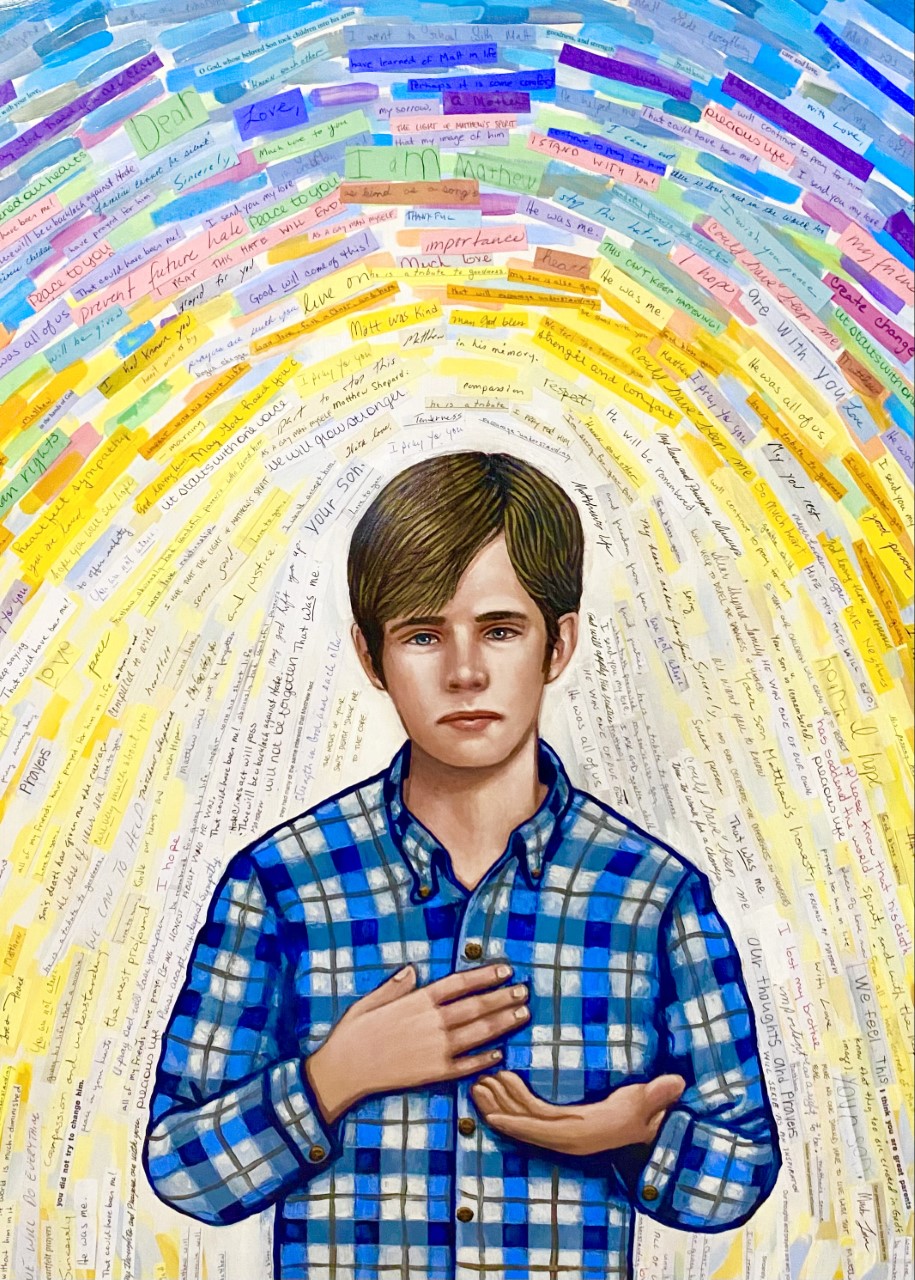