The group of five — Sens. Tammy Baldwin (D-Wis.), Susan Collins (R-Maine), Rob Portman (R-Ohio), Kyrsten Sinema (D-Ariz.), and Thom Tillis (R-N.C.) — introduced the amendment to the Respect for Marriage Act in an effort to assuage the concerns of Republican senators reticent to back the bill for fear of backlash from conservative voters.

As proposed, the amendment would ensure that all religious liberty and conscience protections under the Constitution and federal laws, including the Religious Freedom Restoration Act, would remain in place and would ensure that the Respect for Marriage Act was not used to “diminish or repeal” such protections.

Lastly, the amendment explicitly states that the federal government is not required to recognize polygamous marriages, and acknowledges the diversity of opinion among Americans when it comes to same-sex marriage, without denying the right of same-sex and interracial couples to have their marriage recognized as valid by the government.

“The Respect for Marriage Act is a needed step to provide millions of loving couples in same-sex and interracial marriages the certainty that they will continue to enjoy the freedoms, rights, and responsibilities afforded to all other marriages,” the senators said in a joint statement.

“Through bipartisan collaboration, we’ve crafted commonsense language to confirm that this legislation fully respects and protects Americans’ religious liberties and diverse beliefs, while leaving intact the core mission of the legislation to protect marriage equality,” the statement continues. “We look forward to this legislation coming to the floor and are confident that this amendment has helped earn the broad, bipartisan support needed to pass our commonsense legislation into law.”

As crafted, the Respect for Marriage Act would require the federal government to recognize any legally performed marriages between two eligible individuals including same-sex couples and interracial couples. Those spouses would be entitled to all federal benefits that the government grants to married couples. However, the bill would not require states with same-sex marriage bans on the books to issue licenses if the Supreme Court were ever to overturn its own ruling in the 2015 Obergefell v. Hodges decision that invalidated all state-level marriage bans.

The Respect for Marriage Act previously passed the U.S. House of Representatives on a bipartisan vote, with 47 Republicans voting along with the entirety of the Democratic House caucus in favor of the measure. But Senate Majority Leader Chuck Schumer delayed a vote in the upper chamber until after the midterm elections, at the request of the senators who proposed the religious protections amendment, to give them more time to find 10 Republicans willing to vote for cloture on the bill.

The announcement of the new amendment comes just as LGBTQ groups began urging the Senate to move forward with an up-or-down vote on the bill. Earlier on Monday, the LGBTQ media advocacy group GLAAD launched a nationwide digital and broadcast advertising campaign urging Americans to contact their senators and tell them to vote in favor of the Respect for Marriage Act.

One of the ads, which was released online just prior to the midterm elections, features a same-sex couple with children talking about how their family’s rights could be at risk should the Supreme Court reverse its own precedent, as it did earlier this year in a landmark abortion case. In that case, Associate Justice Clarence Thomas issued a concurring opinion advising his colleagues on the high court to revisit — and overturn the Obergefell decision and other decisions dealing with rights not explicitly mentioned in the Constitution.

But not all LGBTQ people are satisfied by some of the provisions of the bill. D.C. Councilmember-elect Zachary Parker (D-Ward 5), who will soon become the D.C. Council’s only out LGBTQ member, balked at the idea that states would be allowed to enforce their pre-Obergefell bans, thereby requiring same-sex couples to travel and incur considerable expenses in order to get married in one of the 15 states without laws or constitutional amendments explicitly prohibiting same-sex nuptials.

Parker also expressed skepticism that anti-LGBTQ advocates simply wouldn’t redouble their efforts to try and repeal or change the law in those 15 states if the Supreme Court were to strike down the Obergefell decision.

“The Supreme Court struck down state bans on same-sex marriage in 2015. With anticipation of the far-right Court, taking action against gay marriage, this legislation seems to move the goalpost back,” Parker tweeted. “States could enact bans but would have to honor marriages done elsewhere. No.”

The Supreme Court struck down state bans on same-sex marriage in 2015. With anticipation of the far-right Court, taking action against gay marriage, this legislation seems to move the goalpost back.

States could enact bans but would have to honor marriages done elsewhere. 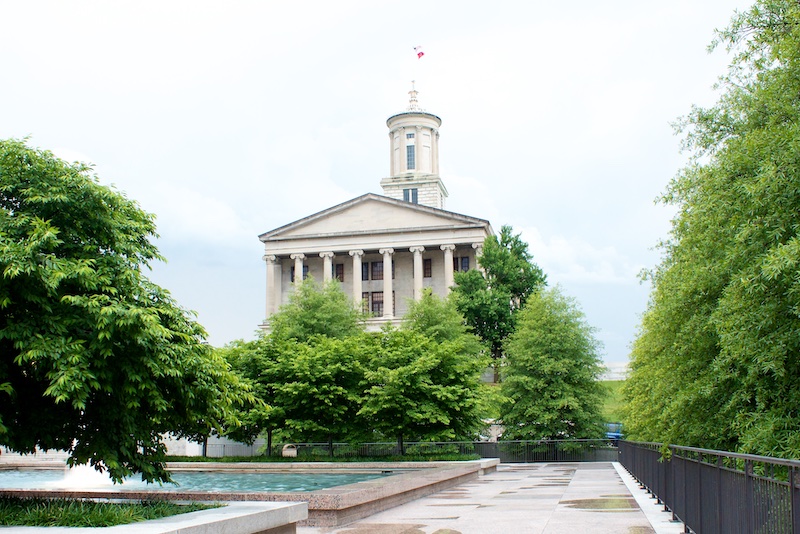 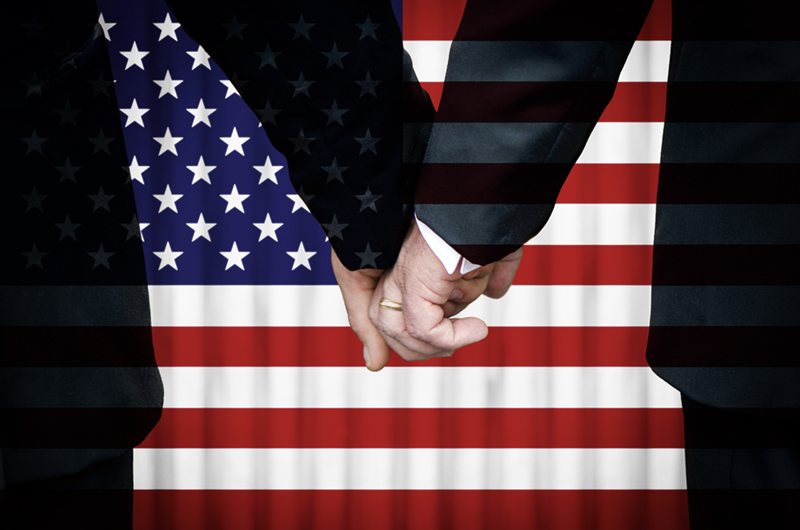