The 1975's Matt Healy can't seem to stop when it comes to planting kisses on male audience members and bandmates on stage. And that's fine.

By Hugh McIntyre on December 2, 2022 @popbanghugh

Alternative pop-rock band The 1975 is currently on tour to promote their most recent album Being Funny in a Foreign Language, and to say that it’s been an enticing and exciting outing isn’t doing their shows justice. The group has been playing to large crowds across the U.S., and every couple of days, lead singer Matt Healy gives the internet yet another romantic clip to freak out about.

In the last few days of November, Healy planted a kiss on two different men at separate stops on the tour, and both were captured on video by fans in attendance.

The first example of Healy’s same-sex playful fun was posted online on November 27, and it looks like both singer and concertgoer had a great time with the kiss.

While performing the song “Robbers” from their debut self-titled album, the crooner brought a bearded man in flannel up on stage. In between lyrics, Healy leaned in for a smooch that was no peck. The two mouthed for several seconds, eliciting screams from the crowd.

Matty Healy of #The1975 kisses another fan onstage during a performance of “Robbers.” https://t.co/vccZAmBf1A

Healy then began gently pushing the man toward the side of the stage, and the audience member backtracked slowly, clearly in a delighted daze – evidenced by the enormous smile on his face.

Then the Grammy-nominated musician decided he wanted a parting kiss, so he grabbed another quick one before a security guard helped the fan off the stage.

Just two days later, Variety shared a video from someone at another show that focused on yet another kiss.

This time, it was between Healy and his The 1975 bass player Ross MacDonald, and judging by the raucous response from the thousands in attendance, clearly the move was unexpected and more than welcome.

Matty Healy kissed someone on stage during “Robbers” at The 1975’s concert in L.A. — it wasn’t a fan this time, though. pic.twitter.com/uFysmi1hSQ

Healy isn’t just kissing men while on tour, though. He’s an equal opportunity makeout partner, and of course there’s video evidence. On the same trek, he’s been spotted smooching at least one woman, right around the time the clips of him being romantic with male concertgoers went viral.

not matt healy giving out kisses during his concerts, bekenemen 1975 MNL 😂 pic.twitter.com/MrK7nBDMom

This current tour does not mark the first time Healy has raised eyebrows and locked lips with fans.

In 2019, while playing a show in Dubai, the singer-songwriter brought a male listener on stage and gave him a big kiss. That move was seen as both shocking and even potentially dangerous, as the United Arab Emirates has laws against homosexual behavior.

Healy describes himself as an “aesthete,” which essentially means he’s more focused on beauty in anything he sees, rather than gender.

His sexuality has been a topic of discussion for many years, and it’s a conversation he doesn’t usually engage in. He once told Attitude, “I tend not to talk about my sexuality that explicitly because I don’t really have to and all things are subject to change.”

He went on to clarify, adding, “I would, and have, kissed beautiful men, but I don’t want to fuck them. It stops for me when it comes to [sex].”

The year 2022 will go down as a true landmark for the '80s-minted British band Duran Duran, with Hollywood High as a suitable topper. 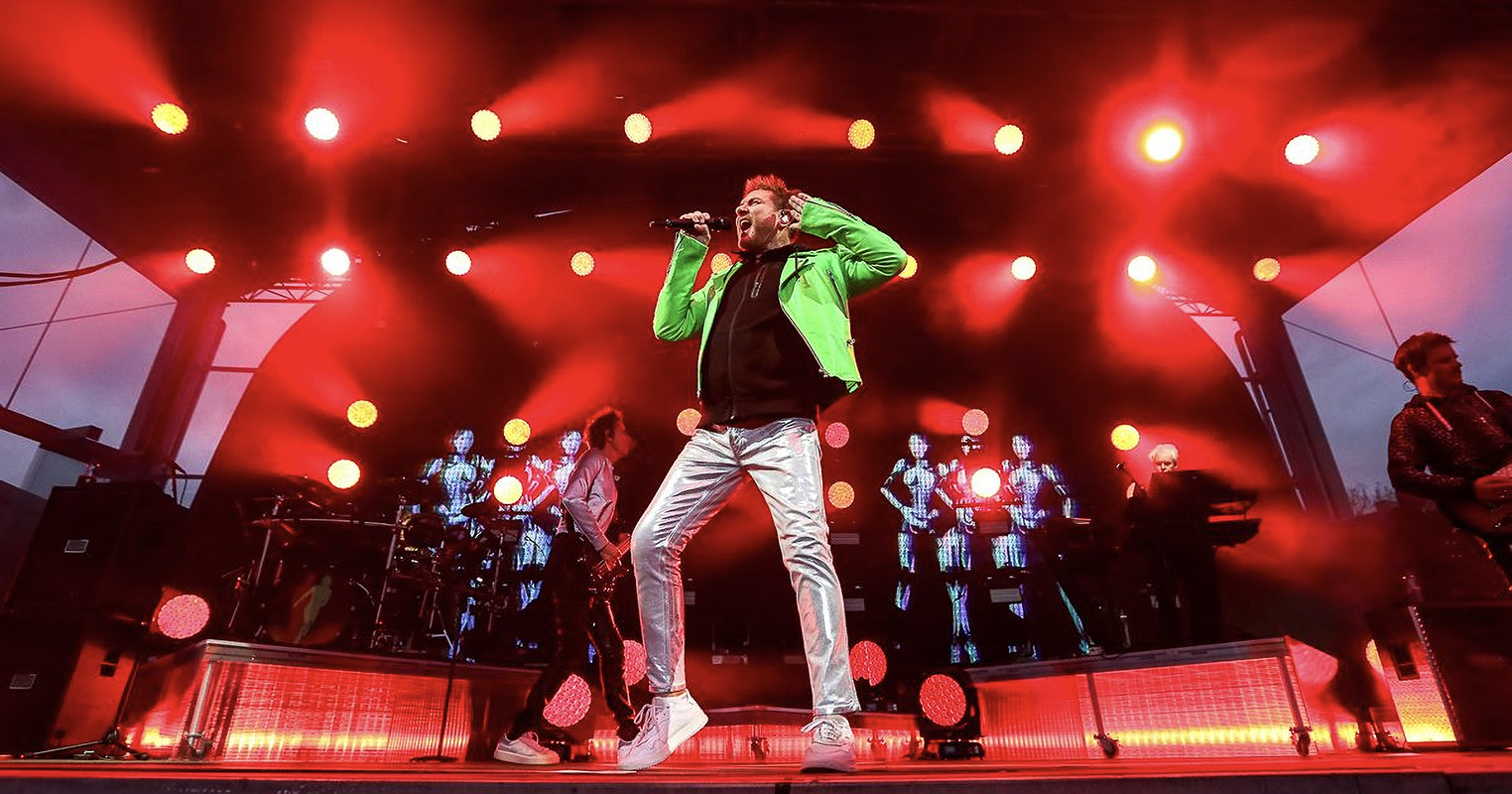 The year 2022 will go down as a true landmark for the '80s-minted British band named after Dr. Durand Durand, a character in the trippy 1967 Jane Fonda sci-fi film Barbarella. Duran Duran started the year on a lingering high note from the well-received October 2021 release of Future Past, the band's 15th studio album.

The first half of 2022 was largely focused on preparing for and promoting the band's late-summer North American tour with stops at legendary arenas and amphitheaters including Merriweather Post Pavilion, Madison Square Garden, and the Hollywood Bowl.