Life of the Party

In a town where more bigwigs sit on congressional committees than big wigs sit on heads, where party lines can be longer on the Hill than outside the clubs, and where unbuttoning one’s sports coat is a freewheeling statement appropriate for casual Fridays, Aubrey is something of an anomaly. And that’s exactly how he likes it.

“It challenges people because it’s different,” he says of his live show, which began in D.C. and has since been in demand at parties up and down the eastern seaboard. A maelstrom of music and visual effects, calling Aubrey’s shows unique is a stark understatement.

Though his performances are spontaneously staged and a mere ten minutes in duration, it’s a hard act to miss if you’re within eyeshot of the whirling dervish of boas and sequins and wheat.

“It was the one of the weirder things I’ve put on my body,” admits Aubrey, looking surprisingly pedestrian in a daytime ensemble of black turtleneck sweater and wraparound shades. “I took three bunches of wheat, spray-painted it gold and glued it all to my head,” he laughs. “Anywhere I go, I look for things and try to mentally picture how I could attach them to my body.”

All in a day’s work for Aubrey, who freelances as a makeup artist for brides-to-be and upscale department stores. Unlike many performing artists, who affirm their natural talent with claims that they’ve always been performers at heart, Aubrey insists that his show is just about as far as possible from anything he ever pictured himself doing.

“When I started performing, I said I’d never wear make-up, wigs or padding. I thought, ‘That’s not me, I’m not into that.’ Then one Halloween three or four years ago, at [the now-defunct gay party] Millennium at the 9:30 Club, they gave me some stilettos to wear. I had never worn women’s shoes before, and I fell down the stairs to the mezzanine.”

From that point on, he says, it was a little paint here, a little glitter there, and eventually, the full production. If Timothy Leary designed a spacesuit for NASA, it might be just right for Aubrey come showtime. But random is one thing that the outfits are not, and there is often a broad theme underpinning each show. Following the Sept. 11 attacks, he and his dancers choreographed a conceptual patriotism performance, with Springsteen-esque shredded denim and red, white and blue tie-dye. It’s this sort of performance art that Aubrey believes brings an important offbeat edge to a party.

“There are some people who just want to dance and go home, and then there are some people who want more. That’s what I’m there for,” he says. “I would love to see more creativity in the club scene, whether it be someone wearing an out-of-control shirt, or doing something wild with their hair, or wearing jewelry or just going full-on drag. Why is it only on Halloween that we dress up? Why not have that much fun all year?”

Aubrey’s fun, however, comes only after hours of rehearsal — twenty to thirty hours per week for several weeks before a show. He characterizes the choreography as a “team effort,” with each of his dancers bringing their own vision to the project. The result is a completely original performance that’s “made from scratch.”

This organic development lends to the show’s outlandishness and sense of spontaneity, but it’s Aubrey himself who gives the performance its ever-changing persona. “I’m not a drag queen,” he’s quick to point out, though he holds drag performers in high esteem. He doesn’t wear wigs or padding, and his costumes suggest androgyny more than cross-dressing.

“I stress the fact that I’m a boy,” he says. “The stuff I do is more gender bender.”

Aubrey maintains that the performer’s talent and energy is what gives the show impact.

“It comes from within. It’s the performer who takes the character and absorbs it and makes it into something memorable.”

The androgynous nature of Aubrey’s characters may be a bit much for some people — especially heteros — but he believes that when it comes to straight people’s tolerance, we often don’t give them enough credit.

“The whole city comes out to see the drag races on 17th Street every year,” he points to. “I was recently at a straight bar in Arlington and ended up talking to some rednecks. When I asked them what they’d done that night, they said they’d gone to Chaos to see a drag show. People are cooler than you’d think.”

Families, of course, are a different story altogether, and Aubrey admits that he still keeps those fateful stilettos hidden in the back of the closet. Like many gay people, he’s out to his parents, but maintains a “don’t ask, don’t tell” policy with them.

“They’re typical Asian parents. They know what I do, but they don’t want to acknowledge it,” he says. “I wish I could tell my mom more about me, but basically my friends have become my family.”

Aubrey hopes to take his show to the west coast in the near future. At only 22-years-old, he’s become the club scene’s most unlikely celebrity — even if he doesn’t consider himself to be one. As he says, “I’m just a guy who dresses up once a week.” 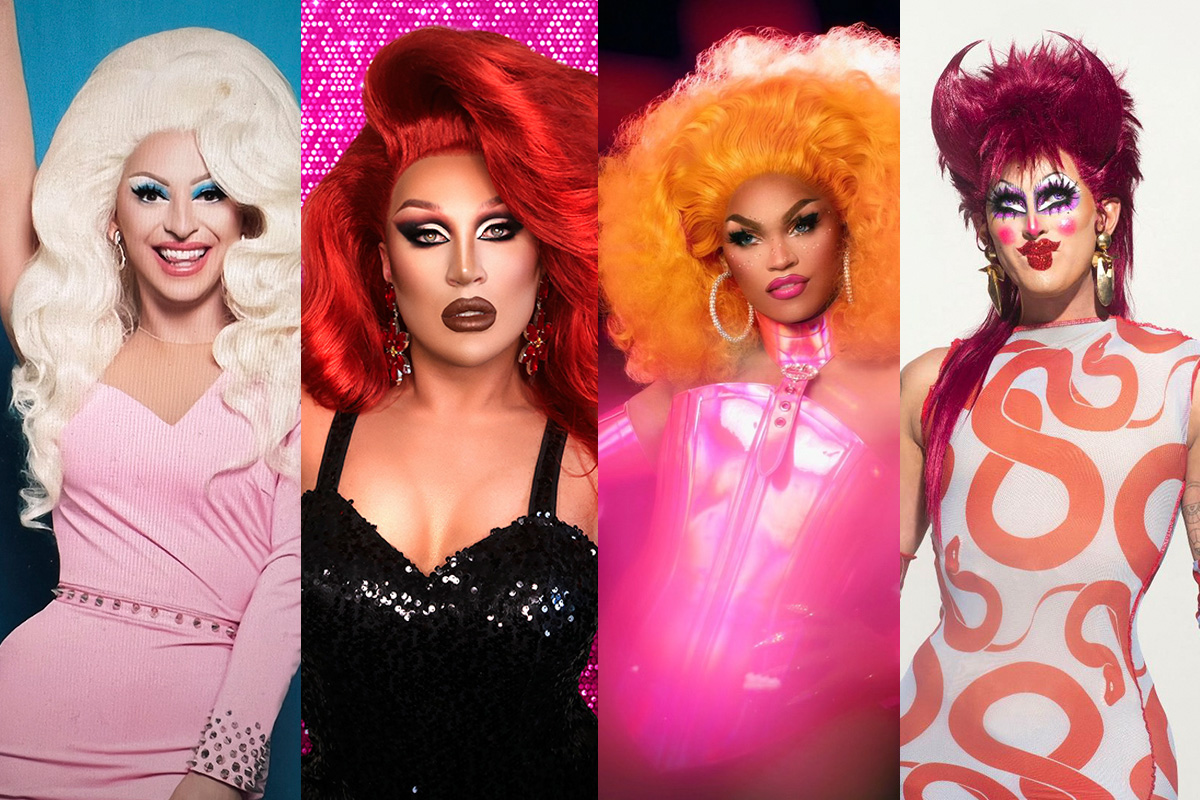 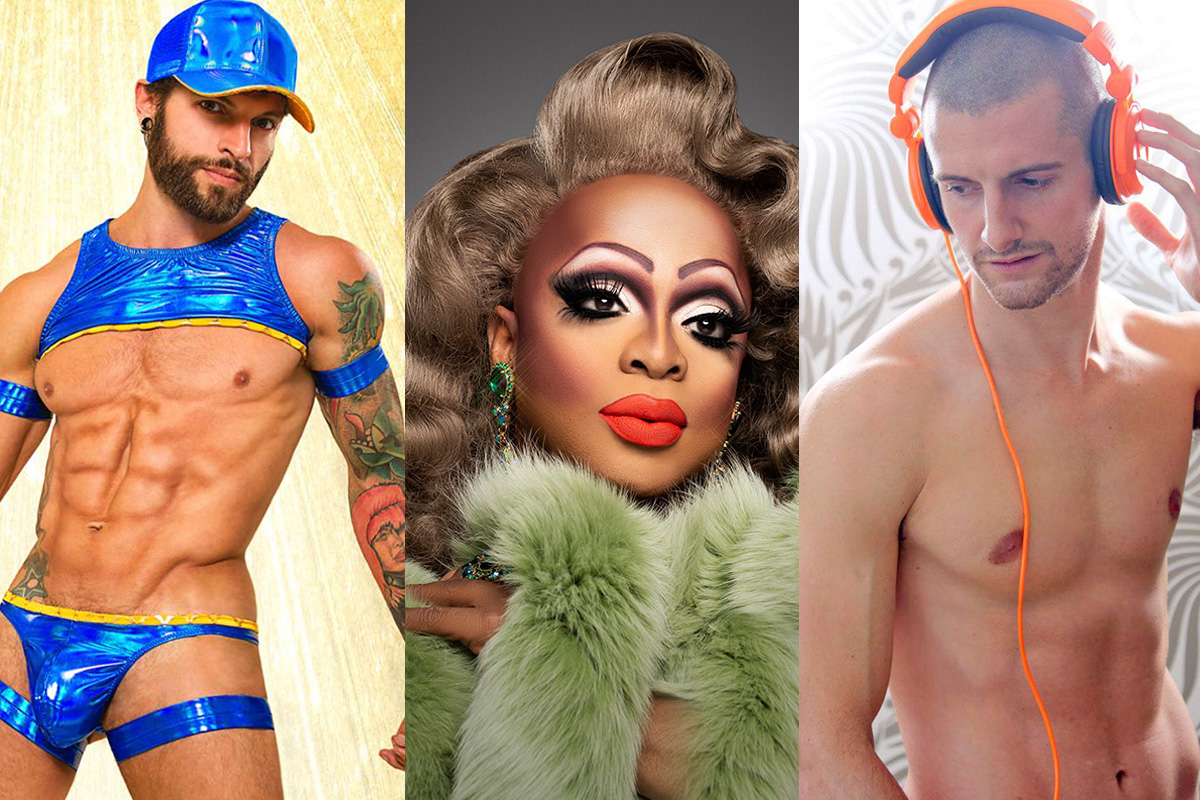