METRO WEEKLY: From your — or your organization’s — perspective, what is the most immediate effect of the presidential election on the LGBT community?

H. ALEXANDER ROBINSON:The election of Sen. Barack Obama has important symbolic, political and policy implications. It reaffirms the promise of equality for all Americans. Sen. Obama campaigned on a platform of progressive change where the old political divides of race, gender, sexual orientation and abilities gave way to a movement of the people for the people. Of utmost importance to our constituency, he has promised to develop and implement an comprehensive HIV/AIDS plan. 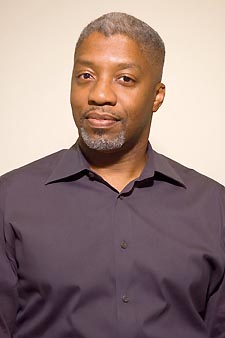 MW: Since the 1990s, a small number of LGBT issues have consistently emerged at federal legislative level: gays in the military, the Employment Non-Discrimination Act, partner immigration, hate crimes and marriage equality. With a Democratic congress and president, which of those issues do you believe should be prioritized?

ROBINSON: Because HIV/AIDS continues to heavily impact the lives of Black gay men and thereby our ability to organize and secure our future, access to health care and real reforms in our HIV prevention efforts is a major priority. Certainly, employment is a high priority for African-American communities as a whole, and LGBT people face the threat of discrimination — passage of federal legislation such as ENDA would be a significant move in the right direction. Anti-gay bias crimes are a plague that must end and a federal bill would not only provide the resources to assist law enforcement in the prosecution of these cases but it would send an important message about the equality of LGBT people. Finally, Black gay and lesbian families suffer the most when we face discrimination. Consequently we believe that our movement must build the grassroots support needed to repeal DOMA, which should remain as one of the goals of the movement.

MW: Will Congress be able to pass a trans-inclusive ENDA?

ROBINSON: Yes, but the community will have to take on the public education and grassroots mobilization efforts needed to secure the votes in Congress.

MW: Protections for and recognition of LGBT federal employees have often been attacked under the Bush administration. How do you believe the landscape will change for LGBT federal workers under the new administration? Will Obama’s pledge to extend domestic partner benefits come through?

President Obama will keep his commitment, hire a diverse administration, and respond to any acts of discrimination or anti-gay bias.

[On domestic partner benefits,] I am hopeful, yet it is too soon to tell how much opposition he will face from Congress and the permanent government bureaucrats.

MW: The Bush administration has been lauded for its work in Africa on HIV/AIDS. How do you think an Obama administration will influence HIV/AIDS policy in the U.S.?

ROBINSON: President-elect Obama has pledged to develop and implement an national AIDS plan. I believe that this plan will include a serious effort to address HIV prevention among gay men and undo the current absence only efforts in favor science-based interventions.

MW: What does the loss on same-sex marriage in California — as well as Arizona and Florida — plus the barring of adoption rights in Arkansas say about the state of GLBT issues in America?

ROBINSON: As a political matter these losses should be viewed as set-backs on our march toward justice. However, for LGBT people living in those states, for the children in Arkansas who need a home and a family now, and for the couples in Florida whose families are at risk, these are significant blows. The American dream has not come easy for women, people of color, the poor and the disabled. However, I am more hopeful than ever that we will continue to make progress.

MW: A number of rationales have emerged for the California loss — minority voters supporting both Obama and Prop. 8, low turnout in some areas such as San Francisco, ”No on 8” messages that avoided being too ”gay,” etc. — what do you think needs to be addressed among those in order to move forward in that state?

ROBINSON: Our message must be clear, our team must be diverse and our resolve unwavering. We cannot win with an arm’s length campaign. We must take our campaign into the neighborhoods, homes, churches, synagogues and club houses throughout the state. In the end, we must win hearts and minds and never under estimate the power of fear.