Picture it: Washington. 2003. A buoyant, long-haired guy walks into a magazine’s offices. He’s looking to buy a photo of himself in the starting lineup of that year’s 17th Street High Heel Race. Turns out this guy is a photographer. And wouldn’t you know it, the magazine’s photography director is looking for someone to shoot Scene, the popular photo pages that highlight D.C.’s LGBT social life. The newcomer’s first assignment: Karaoke at The Green Lantern on Feb. 26, 2004. He does a terrific job. And so begins a beautiful, continuously blossoming relationship between a magazine and an extremely gifted, personable photographer. 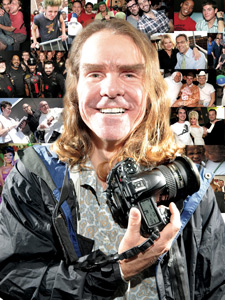 Ward Morrison is well-known as Metro Weekly‘s principal Scene photographer, and since that first night in February has produced thousands upon thousands of pictures at hundreds of community and news event, bars, clubs and venues for our magazine and website. He serves as Metro Weekly‘s eyes on the community — and, in many respects, as our emissary.

Ward took to cameras from an early age. Recalls the 42-year-old, Falls Church native, “As a kid, I was always the one to grab the family camera.”

He was involved in the LGBT community before joining Metro Weekly, but his work here — shooting between three to five events a week — has broadened his regard and admiration for it. “I love our community,” he says warmly. “It’s strong, it has a lot of spirit and it gets things done.”

Ward was at most of the 171 events we attended in 2010 and, therefore, is responsible for a sizeable chunk of the 13,500 images we added this year to MetroWeekly.com’s online Scene section. (We now have more than 62,500 photos online.) It’s not unusual for a week’s issue to dedicate six or more pages to his work. He does, however, have assistance: Brian Walker and Cavin Le both contributed their own powerful photographic talents to this year’s Scene pool, and examples of their work are included in our Year in Pictures — our annual tradition of looking back at a few of our favorite photographs of the year.

“I love the joy of the creative process,” says Ward. “And getting to know all the folks.” And the folks — that is to say, you — love Ward. He is, without a doubt, one of the magazine’s most beloved personalities.

So let’s raise a glass of appreciation to Ward Morrison, who spends tireless hours — many of them on Friday and Saturday nights — ensuring that our community is reflected in all its wondrous diversity, ensuring that those of us lucky enough to be enveloped by the glow of his flash are captured at our very joyful best.

If you are having trouble seeing this script, please visit our Scene Archive directly.

The Art of Julian Vankim: Exclusive Images from his DC Center Exhibition

The DC Center reopens its doors to the public with a striking, sensual exhibit by a bold local photographer 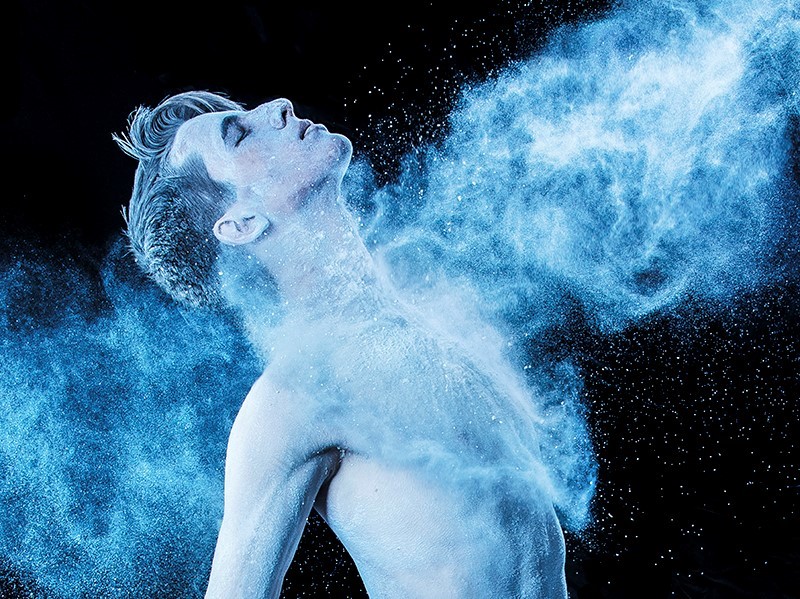 The very first camera Julian Vankim ever held belonged to his grandfather. The camera pre-dated the rush to digital and, quaintly by today's standards, shot film. The young, Virginia-born son of Vietnamese immigrants took a passing interest in it. As he puts it, "I toyed with it."

It wasn't until years later, when Vankim was in high school and took an elective in photography, that he felt the full lure, the full potential of the art form.

"Photography started off as a hobby for me," he says, noting that most of his early shots were of nature: tree branches, plants, shadows. Eventually, while studying photography at NOVA Community College, he turned his attention to actual human subjects.