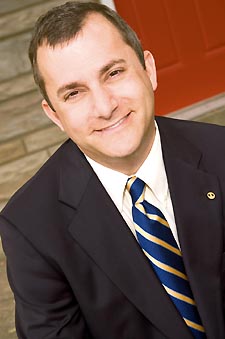 In an email sent to supporters today, Virginia state Del. Adam Ebbin (D-Arlington, Fairfax) officially announced his previously discussed plans that he will be running for a spot in the state’s senate:

… I announce my candidacy for the Virginia Senate.

Since 2004, I’ve had the great honor of representing Alexandria, Arlington, and Fairfax in the House of Delegates. I’m proud of the progress we’ve made to expand green energy usage, protect workers from exploitation, advance the rights of LGBT Virginians, and fight the scourge of human trafficking.

If you send me down the hall from the House to the Senate, I will be ready on day one to stand up for our progressive values.

Ebbin will be running for the 30th District seat currently held by Democrat state Sen. Patsy Ticer, who announced her retirement earlier this year.

In a news release announcing the campaign, Ebbin’s campaign touts his qualifications and successes:

In the House, Delegate Ebbin was honored five times as a Legislative Hero by the Virginia League of Conservation Voters, as an Outstanding Virginian by Equality Virginia, and has a 100% voting record from both the Virginia AFL-CIO and NARAL Pro-Choice Virginia. He is the Senior Whip of the House Democratic Caucus and a founding member of the General Assembly’s Progressive Caucus.

Way back in 2005, Metro Weekly profiled Ebbin in a cover story Q-and-A with Sean Bugg.

Here’s one of the questions that, still today, stands out:

MW: Your first term in office turned out to be one of the most anti-gay terms ever in the Virginia Legislature. What was it like serving as a gay man in the middle of that legislative hostility?

EBBIN: You get a knot in your stomach when you see some of the votes and you’re losing them. A lot of gay and straight people say to me, ”How can you stand to be down there? It must be awful.” I love being there. I love knowing that if someone is going to spread some anti-gay vitriol I can grab the microphone and say, ”Mr. Speaker, Mr. Speaker” and speak and be recognized. I can ask them to speak the truth or to understand the truth.

Ebbin’s email — including information about his campaign kick-off event to be held March 20 — can be found below the jump.

Thank you! The support and encouragement I have received in recent days has been overwhelming. To have had so many friends make contributions and offer to volunteer has reminded me of the commitment that first led me to enter public service: to be a voice for the voiceless, and to stand up for progressive values.

With that commitment in mind, and your support driving me forward, I announce my candidacy for the Virginia Senate.

Since 2004, I’ve had the great honor of representing Alexandria, Arlington, and Fairfax in the House of Delegates. I’m proud of the progress we’ve made to expand green energy usage, protect workers from exploitation, advance the rights of LGBT Virginians, and fight the scourge of human trafficking.

If you send me down the hall from the House to the Senate, I will be ready on day one to stand up for our progressive values.

Now that we are underway, there are several ways you can make a difference in this race:

Make an online contribution. While I’ve been serving Northern Virginia in the General Assembly, my opponents have been able to raise funds and start their campaigns. Your financial support will help me hit the ground running! Click here to donate.

Join our volunteer team. If you’re up for canvassing, phone banking, parade marching, envelope stuffing, or other campaign work, we need your help! Click here to join my volunteer team today.

I thank you for your continued support. I hope I can earn your vote in the August 23 Democratic Primary. Together, we can ensure that our community has an effective, experienced, progressive voice in the Virginia Senate.

P.S. On Saturday, I was gratified to win the Mt. Vernon Democrats’ straw poll. Join our campaign team today, and help us maintain our momentum!