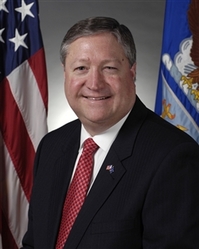 Each case was approved after coordination with the DoD General Counsel and the Under Secretary of Defense for Personnel and Readiness.  The officials evaluated these cases carefully and concluded that separation was appropriate.

Each Airman made a statement identifying themselves as gay.  Each Airman asked to be separated expeditiously after being informed of the current status of the repeal of ‘Don’t ask Don’t Tell.’  Until repeal occurs, ‘Don’t Ask, Don’t Tell’ remains the law.