From the Hill to the Pentagon, President Obama – and servicemembers – face continued reminders that ''Don't Ask, Don't Tell'' is still on the books

On Dec. 22, 2010, President Barack Obama signed the Don’t Ask, Don’t Tell Repeal Act into law. Despite the almost six months that have passed since, and despite the fact that half the military has gone through the military’s repeal training, the law remains on the books – causing legislative, military and political fallout.

On April 29, more than four months after Obama signed the repeal act and declared ”[t]his is done,” an airman was discharged under the policy – although the discharge was not made public until June 2 after Metro Weekly requested information from the Pentagon about DADT-related discharges. 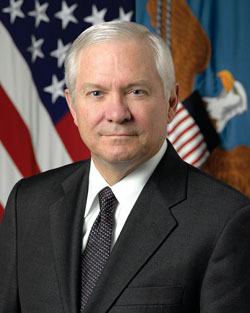 An Air Force spokesman told reporters on June 3 that ”the Airman 1st Class made a statement that he was a homosexual,” but would not specify further about the circumstances surrounding the statement or the servicemember’s later requests that the resulting discharge proceedings be handled expeditiously.

On May 26, between the time of the discharge and the announcement of it, the House of Representatives passed the National Defense Authorization Act with three amendments opposed by LGBT advocates, including one that would amend the DADT Repeal Act and could delay repeal.

Proposed in the House Armed Services Committee by Rep. Duncan Hunter (R-Calif.), the amendment expands the required certification process for repeal – which already includes the president, defense secretary and chairman of the Joint Chiefs of Staff – to include the sign-off of the service branch chiefs of the Army, Navy, Marine Corps and Air Force. Two other amendments reaffirm or expand upon the Defense of Marriage Act.

Prior to the House passage, the White House had announced that it ”strongly opposed” the provisions – but stopped short of recommending a veto if they remained. Moreover, as Metro Weekly reported this past week, LGBT organizations did not push House members to oppose the provisions – believing that the Senate and subsequent conference committee would be the best chances for having them removed.

Among the 90 Democrats to oppose the NDAA were Rep. Barney Frank (D-Mass.), Tammy Baldwin (D-Wisc.), Jared Polis (D-Colo.) and David Cicilline (D-R.I.) – the four out LGBT members of Congress.

On Jun 6, the four wrote to Obama about the NDAA, asking him to go a step further and declare that he would veto the bill if the provisions stay.

Stating that they ”appreciate” the statement of administration policy opposing the bill, they note the lack of the veto language and state, ”We believe it would therefore be extremely useful for you to make clear that if the final bill presented to you does include these sections, which would undermine the end to discrimination in the military, that you will veto the bill on that ground.”

Asked if the president has responded to the letter, White House spokesman Shin Inouye wrote, “The President has been clear that repeal of Don’t Ask, Don’t Tell will occur as soon as possible, consistent with the standards set forth in the repeal bill. He called for this change in his first state of the union address and is committed to seeing the process through.”

Questions about delay would be avoided if the 1993 law was off the books, but – under the repeal act – the president, defense secretary and chairman of the Joint Chiefs of Staff certify that the changes needed to implement repeal are ”consistent with the standards of military readiness, military effectiveness, unit cohesion, and recruiting and retention of the Armed Forces.” Then, a 60-day congressional review period must pass before the law actually is repealed.

In light of the pending resignation of Defense Secretary Robert Gates, which is expected to happen on June 30, some advocates have been pushing to see the certification step happen before Gates resigns.

On June 3, Servicemembers Legal Defense Network Executive Director Aubrey Sarvis said in a statement, ”At SLDN, we have clients facing administrative board hearings right now. Some of these clients have 10 to 18 years of military service and are not looking to be separated under ‘Don’t Ask, Don’t Tell.”’

His conclusion: ”It’s critical that certification happen in the month of June.”

When asked about concerns that waiting until Obama’s nominee to succeed Gates – current CIA Director Leon Panetta – takes office could lead to delay, White House press secretary Jay Carney appeared to minimize hopes for a pre-July certification, stating that the White House does not ”share that concern.”

Carney also reiterated a statement previously released by the White House in April that repeal ”will be implemented regardless of who is secretary of defense.”

According to Nathaniel Frank, the author of Unfriendly Fire, the certification could happen under Gates. ”Every indication is that certification is ready to happen, which raises some concern about they delay,” he told Metro Weekly in an email.

As Gen. Peter Chiarelli, vice chief of staff for the Army, told reporters according to an Associated Press report this week, ”So far this seems to be a nonevent.” With roughly half of the military having gone through the military’s DADT-repeal training, he added, ”This is not going to happen without incident – I’d be crazy to say that. Somewhere along the line something is going to occur. But we’re doing everything we can to head that off in training.”

According to Frank, though, Chiarelli’s concerns could be realized under a more delayed process just as easily.

”Research shows again and again that a change like this is done best when it’s done quickly and simply; it shouldn’t be dragged out, which only allows for confusion and obstruction,” he wrote. ”This comes from RAND’s 1993 study and has been echoed in research across the board.”

As a Palm Center report issued in December 2010 stated, ”Any claim that DADT cannot be repealed until after the completion of exhaustive training is inconsistent with [Department of Defense] history and not based on military necessity.”

Examining other military policy change implementation, the report’s author, Aaron Freed, concluded, ”These case studies demonstrate that training can take place quickly, even in combat zones, and that policies are generally implemented before or concurrent with training.” Freed, a combat veteran, is the former deputy chief of military training for the Air Force and was discharged under DADT in 2005.

As Frank wrote this week, ”For its part, the military itself seems to feel it should happen quickly, moving forward in good faith, as [Gates] has called for implementing repeal ‘as quickly as possible.’ It’s President Obama, who ultimately moved decisively to end this policy, who now needs to finish the job.”

The need to ”finish the job” was highlighted this past week when the April discharge of the airman was revealed by the Pentagon.

The discharge, according to Pentagon spokeswoman Eileen Lainez, is the only such discharge since the Pentagon directed on Oct. 21, 2010, that DADT discharges would require the approval of the service branch secretary.

The news came, however, just as two documents put out by the White House earlier in the week pointed to the passage of the DADT Repeal Act as one of the administration’s successes for advancing LGBT equality.

Obama’s proclamation for 2011 LGBT Pride Month, which was issued on May 31, and a White House fact sheet released on June 1 detailing ”The Obama Administration’s Commitment to Winning the Future for the LGBT Community” both discuss the repeal, with Obama stating in the proclamation, ”I was proud to sign the repeal of the discriminatory ‘Don’t Ask, Don’t Tell’ policy.”

With DADT still on the books, repeal training well under way with no real bumps, the House version of the NDAA containing repeal-amending language and the White House having confirmed on June 7 that it will be hosting an LGBT Pride Month reception later this month, there are plenty of reasons to certify repeal.

And, in Nathaniel Frank’s words, written in reference to the April 29 discharge: ”Continued discharges – for whatever reason – serve no one.”