Catching Up With “Team Artis” After Senate Hearing About DOMA 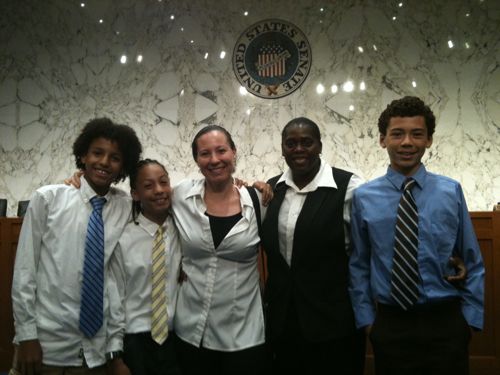 [Photos: The Artis family after the July 20, 2011, Senate Judiciary Committee hearing on the Respect for Marriage Act, a bill to repeal the Defense of Marriage Act. (Photo by Chris Geidner.)]

Geraldine and Suzanne Artis of Clinton, Connecticut, are married and keeping busy raising three sons, Geras, Zanagee and Gezani. On Wednesday, July 20, though, the couple was with their sons on the second floor of the Hart Senate Office Building, watching as Chairman Patrick Leahy (D-Vt.) led the first-ever congressional hearing into legislation aimed at ending the Defense of Marriage Act.

Geraldine and Suzanne have been a significant part of marriage equality work for a while now, though, having been involved in two lawsuits brought by the Gay & Lesbian Advocates & Defenders.

On July 20, after watching as senators debated the law that they’re challenging in court, Metro Weekly caught up with the couple before they took their children to see the sights in the District.

METRO WEEKLY: Why come down to D.C. to see Congress?

GERALDINE: Well, many reasons, but most important, it’s tough on us to carve up our family every year to file taxes. Also, I suffered a debilitating injury which has affected our finances substantially. It will definitely help us save money and help us raise our three sons if we’re able to file our taxes together.

MW: When you hear Chuck Grassley say that defending marriage is defending DOMA, what do you think?

SUZANNE: We just know how DOMA’s hurting us, and every year having to divide us up is so hurtful. So, that’s our experience and we hope that our government will do the right thing and change this, change DOMA – get rid of it. 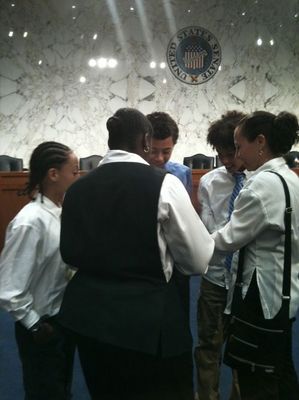 MW: When Connecticut had marriage equality, you think, “We won!” –

MW: – and then see that this was still not going to be everything.

SUZANNE: We kind of knew originally that federally – we were worried about federally, but we didn’t know for sure until we did talk to our accountant. And then, we definitely had to file state differently and then we had to file federally. We had to file federally, one of us single and one of us as head of household and actually divide up our kids – decide who’s going to take the kids – which was extremely upsetting, extremely upsetting. Like I said, we’re the Artis family. You have to actually separate.

MW: I think a lot of the times when people even think about tax filing, they think about a couple filing independently, and they’re like, “Yeah, I get it, it’s a pain, but.” I don’t think a lot of people think about the fact that, if there are children, you are literally splitting the family every year.

What is your thought coming out the hearing?

GERALDINE: We hope that things change to help same-sex couples federally. There are states that have [same-sex] marriages. If our federal rights can be granted, that would be a major plus and a major victory and we could feel more like a family again. We often call ourselves Team Artis, and we don’t like to separate that team.

MW: Our you more hopeful to see resolution of these problems from Congress or from the court case?

SUZANNE: We’ll take it either way.

SUZANNE: We just hope that things work out quickly so that it will benefit us more quickly.

GERALDINE: Fully and wholly. To recognize our union as a married couple who have been committed over 17 years and have three amazing children we share our lives with.