The Human Rights Campaign this afternoon announced that its president, Joe Solmonese, will be stepping down from his role at the end of his current contract, which ends March 31, 2012. The news was announced following a report Friday evening, Aug. 26, by Pam Spaulding of Pam’s House Blend that Solmonese would be leaving HRC after more than six years at the helm — news which was confirmed hours later by Metro Weekly.

HRC vice president of communications Fred Sainz tells Metro Weekly, “By giving seven months notice, Joe has ensured that the board can conduct a thorough and complete search process while he remains at the helm of the organization.” 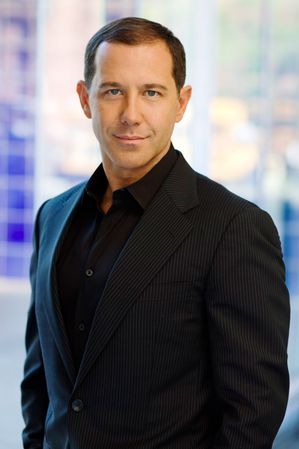 Although Spaulding reported that “a replacement executive director has been identified,” Metro Weekly reported earlier that four sources familiar with the situation describe that portion of the report as inaccurate — with one saying the process is just beginning and will not be rapid.

As to that, Sainz says — and today’s announcement shows — that there is no replacement yet selected. Sainz, though, goes further, telling Metro Weekly, “There will not be a need for an interim head [because of the lead time Solmonese has given the board], nor has — given that there is a full search process — a permanent replacement been identified.”

Madison is the chief operating officer at McKinney, an independent advertising agency based in Durham, North Carolina. According to her firm biography, she oversees creative services, human resources, information technology and office services. According to OpenSecrets.org, Madison is not a significant campaign donor although she donated $2,300 to Hillary Clinton in the Democratic presidential primary in 2008 and $2,300 to Kay Hagan (D) in the North Carolina U.S. Senate election in 2008.

Perlman, an attorney who graduated from USC School of Law, is a member of the National Finance Committee of the Obama for America campaign and a co-chair of the LGBT Leadership Council of the Democratic National Committee, in addition to his HRC leadership position, according to his law firm biography. According to OpenSecrets.org, Perlman contributed to more than 20 candidates in the past three election cycles (including the current one) — all Democrats and primarily Senate candidates. In May, Perlman contributed $2,500 to the re-election campaign of President Barack Obama — whose re-election HRC already has endorsed. Perlman also contributed $2,300 to Obama’s 2008 campaign.

Sainz noted, “It is the beginning of the process,” adding that the six would be responsible for determining the process for moving forward — with the selection of the search committee members and the decision to hire an executive search firm as their first order of business.

In the release announcing the news, Solmonese says, “HRC has never been stronger and after nearly seven years, this is the right moment for me to move on. As I explore new professional possibilities, I plan on continuing to pour my heart and soul into improving the lives of members of our community — from battling proposed marriage amendments to creating more equitable workplaces to ensuring the President Obama is reelected for a second term.”

Multiple sources familiar with the situation tell Metro Weekly that the decision came as a surprise to board members. The board was only formally told the news today in a conference call that originally had been scheduled for Aug. 29. Spaulding had reported that an announcement about Solmonese’s departure was to be made public on Aug. 30.

Asked about the role that Cathy Woolard — a consultant who has worked with HRC and advises the group currently on a number of projects, including its Workplace Project — will play in the transition, Sainz said, “She’s a consultant to HRC. There is no nexus between her and this search process.”

Regarding the Solmonese’s accomplishments, Fay said in the release, “Joe Solmonese is an outstanding leader. While we will miss his extraordinary leadership, we enter this next phase, thanks to Joe, in the best place the organization has ever been. Not only has our community secured historic victories, but our membership is larger and more active than at any time in our history, and our financial health is secure even in these difficult economic times.”

Downing added, “From the repeal of ‘Don’t Ask, Don’t Tell’, to the recent passage of marriage equality in New York, Joe has made sure that HRC is an effective and strategic force for positive change. Over the course of his tenure, he’s set the tone for delivering real reform that matters in peoples’ everyday lives.”

Although the passage of the Matthew Shepard and James Byrd, Jr. Hate Crimes Prevention Act in 2009 and the passage of the Don’t Ask, Don’t Tell Repeal Act in 2010 will serve as highlights of his time leading the organization, Solmonese also was leading the group during one of the most divisive moments of its history — its support in 2007 for a version of the Employment Non-Discrimination Act that was not inclusive of gender identity.