Over the past several months, many cases involving same-sex bi-national couples have hit the news. Almost all of these cases, where a U.S. citizen is seeking to sponsor a foreign partner for immigration purposes, have involved couples in which one partner faced deportation. What’s more, almost all have ended with a delay or cancellation of the pending removal order. 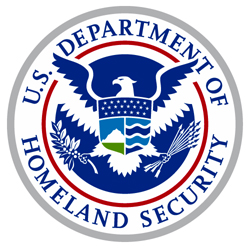 On Tuesday, Aug. 9, however, word of a denial of a spouse’s petition for a marriage-based green card set off alarms across the country for those looking for an end to the discrimination these same-sex couples face largely as the result of the application of the Defense of Marriage Act to immigration law.

The couple has not lost its battle, as the administrative decision is just that – an agency decision – and can be appealed to a point where an adversarial process could allow discretion more easily to be employed. And, though the article states that the Obama administration ”ordered the expulsion of a man who is the primary caregiver to his AIDS-afflicted spouse,” there was no removal order issued in the case and, therefore, no immediate threat of deportation.

The story of what is happening to the couple – Bradford Wells, an American, and his Australian husband, Anthony John Makk – nonetheless highlighted the insecurity faced by such couples. It is only understood by looking at the immigration process — and by looking back over the past six months of developments in these issues.

On Feb. 23, Attorney General Eric Holder announced that he and President Barack Obama had determined that the federal definition of marriage contained in the Defense of Marriage Act was unconstitutional. That definition has kept same-sex couples from being able – even when legally married – to be treated like straight married couples would for purposes of immigration.

An I-130 petition typically is filed by the American spouse in an opposite-sex married relationship at the same time an I-485 permanent resident application is filed by the foreign partner. Once a case has reached removal proceedings, the ”permanent resident” decision comes from the immigration court or Board of Immigration Appeals. Although referred to as courts, the bodies actually are formed under the executive branch and organized in DOJ.

For same-sex couples, those petitions and applications have previously been denied. For a while after the Feb. 23 letter was issued by Holder, the hope of some advocates was that a blanket abeyance policy – putting I-130 petitions on hold while courts and the Congress address DOMA – would be put in place to keep any couples from being separated by deportation. But U.S. Customs and Immigration Services, under the Department of Homeland Security, announced on March 30 that it was unwilling to issue any such blanket abeyance policy.

On May 5, Holder took the rare action of intervening in the case of Paul Wilson Dorman, who is in a civil union, by sending Dorman’s case from an appeals court back to the Board of Immigration Appeals. Holder asked the BIA to answer several questions relating to Dorman and his partner’s civil union.

And so it has gone, with several couples averting deportations, but with the policy left unclear for same-sex, bi-national couples across the country seeking to ensure stability in their relationships.

Many of the couples involved have been represented by Lavi Soloway, a co-founder of Immigration Equality who formed Stop the Deportations with his law partner. Immigration Equality has taken a different tack, filing I-130 petitions and I-485 applications for two different couples, one in New York and one in California.

The couples represented by Immigration Equality were ”in status” when the petitions and applications were filed, which means they were in the country within the time period provided for by their stay. Although the New York couple’s papers were filed first, the July 26 denial of Wells’s petition and Makk’s application came first.

The result should not have been a surprise. On March 30, U.S. CIS spokesman Christopher Bentley was asked if petitions would be able to be put on hold while awaiting a final court determination about the constitutionality of DOMA and said, ”No. The guidance is the same policy that has always been in place” — to ”enforce the law.”

Immigration Equality communications director Steve Ralls told Metro Weekly that the denial was not necessary, noting that ”many I-485 applications can remain pending for a year or more.” He added, ”In the case of applications surrounding the HIV Ban specifically, actual abeyance was granted for those applications. That is what we are seeking here.”

Soloway added, ”While we have seen progress in our deportation cases in which binational couples have challenged DOMA in immigration court, case-by-case discretionary reprieve is not an acceptable substitute for a moratorium on all deportations and an abeyance policy that will protect every lesbian and gay binational couple until DOMA is gone.”

Although the U.S. CIS has not issued such an abeyance policy, nor did it issue a removal order for Makk – because it can do no such thing. Makk had his application denied by the administrative agency because of the denial of Wells’s petition. Accordingly, the U.S. CIS, as is the case in any such denial, stated, ”You are required to depart the United States within thirty (30) days from the date of this decision, or be subject to removal proceedings.”

In other words, if the decision is not reversed when Immigration Equality’s lawyer files a motion in the next weeks for the U.S. CIS to reconsider the denial and if Makk does not leave, he could face removal proceedings.

At that point, ICE – the immigration enforcement arm within DHS – would become involved because ICE acts in the prosecutorial role in removal proceedings. According to a June memorandum from ICE Director John Morton directed to all ICE officers, agents and attorneys, ICE ”must regularly exercise ‘prosecutorial discretion”’ when it comes to enforcement of its removal powers and the limited resources of the agency should lead ICE to focus on ”the agency’s enforcement priorities.” Among the reasons cited in the memo for discretion are several that, but for DOMA, would appear to apply to Makk’s circumstances. So, it is entirely possible that Makk would not be seen as an enforcement priority and would not face removal proceedings.

”By allowing him to go out of status,” Ralls notes, “even if ICE doesn’t show up at their front door, the Administration is placing Anthony in a position where, if he were even stopped for a small traffic violation, he would be in jeopardy of being removed eventually anyway.”

In addition to ICE’s discretion, the immigration courts and BIA – organized as the Executive Office for Immigration Review – would then come into play, and they – up to and including with intervention from Holder as the head of DOJ – also can show discretion through their review of cases.

Then, even with an adverse decision from the BIA, a case could be appealed to the federal appellate court from which it came – the status of Dorman’s case before Holder sent it back to the BIA for further review.

There are other options for the couple moving forward in the process – although it is not clear whether Makk will go out of status. If the motion to reconsider is denied, will Makk stay in the country and go out of status or leave? ”They have been resolute in wanting to remain in legal status,” Ralls said, “and understand that doing so is in their best interest if the law changes down the road.

”Having said that, though, I honestly don’t think they have a definite answer to that question.”