GIGOLA IS THE rare film that dresses its stage with such pitch-perfect accuracy, you are slowly convinced that you must be watching a film not simply set in the 1960s, but surely filmed in the 1960s. More than that, it may well be the greatest example of a largely overlooked cinematic subgenre: the dyxploitation film.

Not in the easy way, not in the fashion that is intended to make teenage boys (and their fathers) eagerly search the Internet for clips of polished Hollywood starlets making all their lipstick fantasies come true. Instead, Gigola instantly, and not insubstantially, calls to mind films like Cleopatra Jones, Coffy and, yes, Shaft.

Gigola (Lou Doillon) is a kind of gorgeous ”leading man” in the stylishly presented underground world of Paris in the 1960s. She swaggers her way through nightclubs and cafés in impeccably tailored suits, a walking stick topped with a silver cobra in her hand. Her rent is paid thanks to the gratitude of the older women she picks up in the lesbian cabaret at which she is a regular, and her fame has been built by standing up to the male pimps and gangsters whose girls she regularly takes under her wing.

Which is not to paint Gigola, in any way, as a kind of pimp with a heart of gold. There is a ruthlessness to her, a fury fueled by the events that landed her in her current position, that informs her actions and directs her decisions. The tough talk is not a facade; it’s what she knows will protect her, and it’s that honesty that makes the movie so incredibly entertaining.

Doillon is absolutely breathtaking in her bold commitment to the role. She is unafraid to be unlikable and seemingly unconvinced that she is anything but. She’s a heroic anti-hero, which gives her the permission to commit the unspeakable with the same polish and grace as the notable, though not frequent, opportunities she is given to show tenderness.

Attention must also be paid to the astonishing look of the film. From Giorgos Arvanitis’s cinematography to Joana George-Rossi’s costuming to the work of director Laure Charpentier, Gigola is decked out like a treasure only just discovered in some eccentric’s film vault. It’s a gorgeous piece of filmmaking that will rightly earn applause.

And if it happens that you manage to not like Gigola? You might want to keep it to yourself because, well, ”She’s a bad mutha.” Shut your mouth. 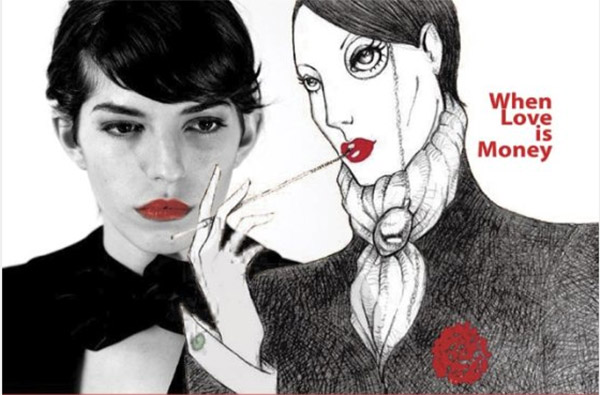