Maryland’s Attorney General, Doug Gansler, joined a standing-room only crowd at a church in Frederick on Sunday to support gay marriage.

Gansler called Maryland’s current ban against same-sex marriage “unconstitutional.” He then explained his reasoning for supporting equality for gay and lesbian couples. Gansler also offered his take on the nature of negative feedback from Republicans and religious leaders. And he predicted that the current marriage bill would pass but, he warned, supporters will need to make a significant effort to vote against an inevitable anti-gay referendum, saying: “That’s where we’re really going to need your help.” 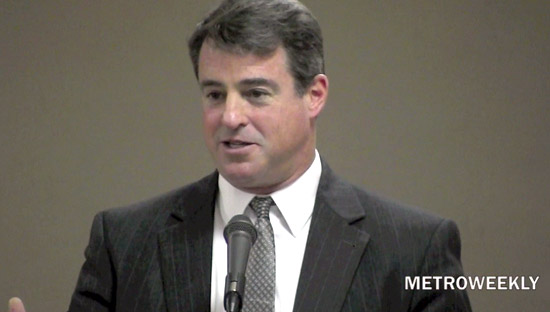 Gansler was joined by three state legislators: Delegate Galen Clagett and Senator Ron Young, both representing Frederick, and Senator Rob Garagiola of Montgomery County. The appreciative crowd of 200 gave the officials standing ovations for their continued support of marriage equality. The meeting was held at the Evangelical Reformed Church, United Church of Christ in Frederick, MD, and was sponsored by Congregations United for Marriage Equality.

The Attorney General explained his history with the issue, including a somewhat disputed Feb. 2010 opinion. He wrote then that gay couples who were legally married elsewhere should be recognized as such inside of Maryland, too:

“I’ve been testifying for this about three or four years now, ever since I’ve been Attorney General.  I didn’t tell my political people. I just did it because it’s the right thing to do. And then in early 2010, we wrote the opinion recognizing out-of-state same-sex marriages, so that people who did want to go to another state, could come here from  the five states — now six, including the District of Columbia — can come here and legally have that recognized.

“Obviously the law that we have — marriage between a man and a woman — is unconstitutional. It defies the equal protection, it’s against due process, and  it will change.” 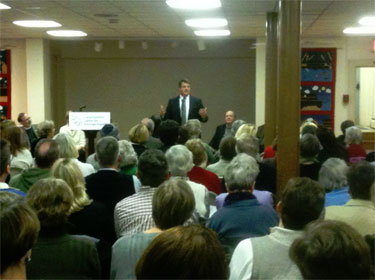 Gansler said he would be testifying for the bill this Tuesday, Jan. 31, at the hearing of the Senate Judicial Proceedings Committee. Marylanders for Marriage Equality was in attendance at the rally. Their website is calling for “phonebank” volunteers that day to counterbalance the opposition who, they say, will “be there to scare legislators into voting against loving and committed families.” Gansler thanked straight allies and gay people for coming out publicly to stand for a “worthy fight”:

“First of all, I want to thank all of you, for being here because many of you are not gay, and it’s important for us that are not gay to stand up for doing what’s right. But it’s equally important for the gay community to do so, and these stories — for people come out and say, ‘You know what, I am gay. I’m your neighbor. I’m your teacher, I’m your fireman. I’m your police officer — whatever it might be. Because then people –.

‘”You know, when I was in high school, nobody was gay. (Really?!) And now people are, and it turns out that everybody — we have the same desires, the same people. And I think that helps to change the public opinion. And it’s helped some of these elected people coming out.”

He covered many of the oft-heard alarmist arguments about same-sex marriage, too — bestiality, polygamy and an infringement on people’s “religious freedom” to be anti-gay:

“‘What about sodomy?’ Some state senator said, ‘Well, now you’re gonna let me have sex with my dog.’ No, senator, we’re not talking about your dog today. (You know, some of those Republican guys that are out there.)

“And polygamy? there’s no movement for that. And I talk about much of this in my 46-page opinion, about same-sex marriage, and marriage, and  the history of marriage in the state of Maryland.

“But some of the other arguments are actually somewhat interesting, as well. Because I’m from the side where I don’t even get the other side anymore. I’ll get many pastors, particularly pastors from the African-American community, will call and say, “This is against the religion. This is against the Bible.” And I would have to remind them, though I’m not a religious scholar, there’s nothing about gay marriage in the Bible. There is about tolerance, treating people with dignity, treating people equally and let God decide what the judgment ought to be.”

Gansler said that the fundamental root of their arguments was the notion that “You choose to be gay.” He mocked the idea that people of various ages wake up and say, “Hey, I think I’ll be gay today.” And he called civil unions “nothing short of a cop out” which is unfair.

He also discussed some legal history and concerns about the intermingling of church, state and marriage:

“And the last piece of it, of course, is, ‘Well, what about this church and state thing? You’re gonna make my church  have it ….’ Back in England, before we were a country, they mixed up church and state, right? There’s nothing more of a blending church and state than it is your marriage. Then, we have a country that was founded, and right there in the Declaration of Independence, it was about ‘Life, Liberty and the Pursuit of Happiness.’ And that’s what this is about, the pursuit of  happiness. And the First Amendment talks about freedom of religion, freedom of association. Nobody is ever going to make any church, temple, or mosque make someone get married or not get married.”

Ganlser said legislators would add “stuff” to the bill, joking that it would be “because most of them aren’t lawyers anymore.” But he assured those misguided attempts would fail because of Constitutional law. He concluded with:

“I think we’re going to pass it this year. It’ll go to referendum. That’s where we’re really going to need your help. And then, at the end of the day, it’s going to go to court. And  there was something that was said about the Federal side. We have challenged DOMA. Some of my colleagues have challenged DOMA. President Obama has told his Justice Department, ‘Don’t defend this anymore.’ So, at some point, the courts are going to fix it as well. So, hang in there, work hard. We’ll get this done.” 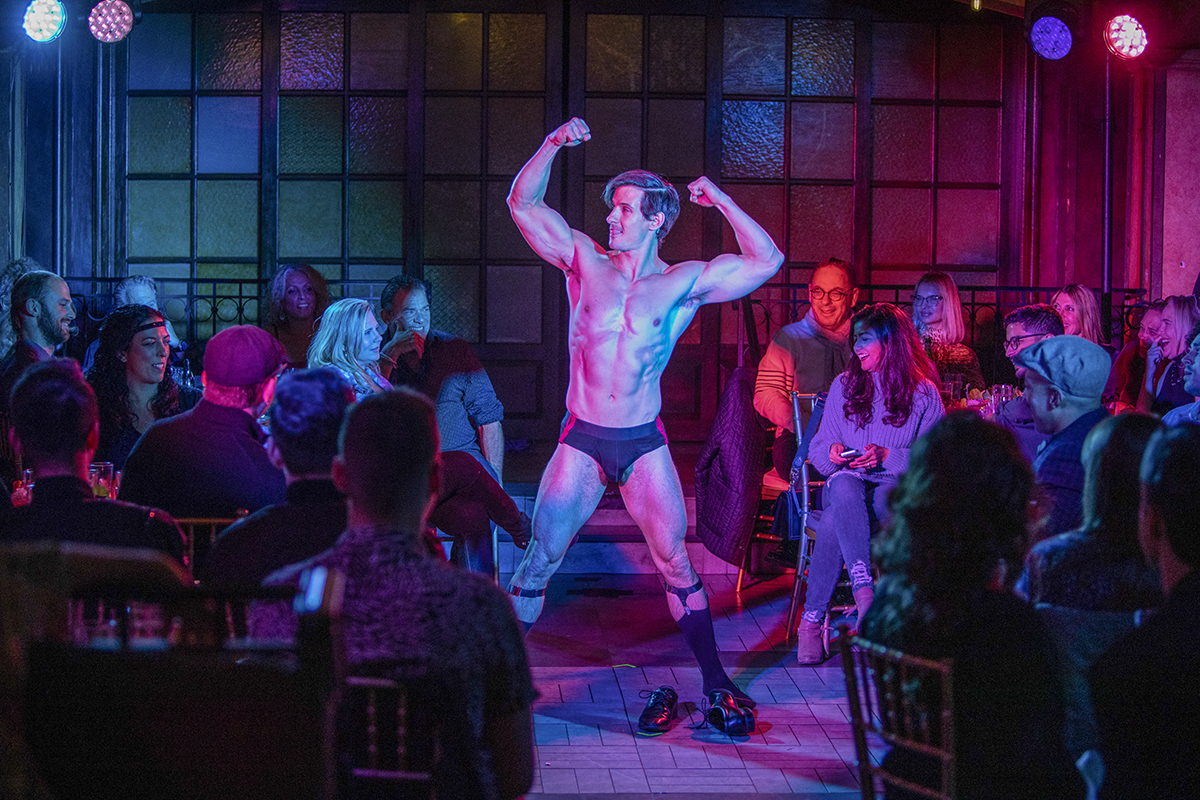