The New Jerey State Senate has passed marriage equality by a vote of 24-16.

The bill, which was expected to pass through the Senate, must now make it through the state Assembly on Thursday. Passage could have a significant impact on the state. According to the 2010 Census, per the Williams Institute, there are an estimated 16,875 same-sex couples in New Jersey, of whom 4,447 identify as spouses. 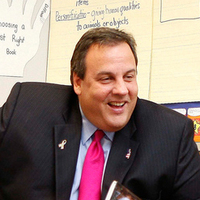 Although the bill is expected to make its way to the desk of New Jersey Gov. Chris Christie (R), Christie has pledged to veto the legislation. Today’s vote is three shy of the 27 votes that would be needed to override Christie’s expected veto.

The state already allows same-sex civil unions, but if Christie were to sign the bill or the legislature were to override his expected veto, the Garden State would join New York, Connecticut, Iowa, Massachusetts, New Hampshire, Vermont and the District of Columbia in allowing same-sex couples to marry. Washington state’s governor, Chris Gregoire (D), is to sign that state’s marriage equality bill into law later today.

Govenor Christie has said he believes that the issue should be put to a vote in the general elections this November, being placed on the ballot as a referendum.