Box Turtle Bulletin reported the possible reintroduction on Feb. 6. The bill was first considered in 2009 and, if passed, would greatly enhance the country’s laws against homosexuals and allies. 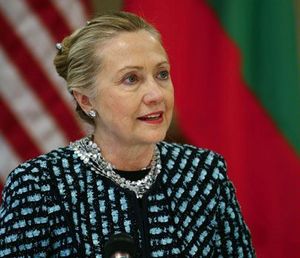 In a statement provided to Metro Weekly, State Department spokesperson Hilary Fuller Renner wrote, “Our message is unchanged:  The Department of State opposes the anti-homosexuality bill, which we view as manifestly inconsistent with Uganda’s international human rights obligations. We call on the Ugandan government to reinforce its respect for the human rights of all individuals, including LGBT individuals.”

Although the bill in question has yet to be released, a 2009 version proposes 18 clauses that attempt to constrain the country’s gay community. Ugandans found guilty of homosexuality would face fines, lifetime imprisonment or death.

According to its original text, the bill’s objectives are to “provide for marriage in Uganda as that contracted only between a man and a woman; to prohibit and penalize homosexual behavior and related practices in Uganda as they constitute a threat to the traditional family; to prohibit ratification of any international treaties, conventions, protocols, agreements and declarations which are contrary or inconsistent with the provisions of this Act; and, to prohibit the licensing of organizations which promote homosexuality.”

Of U.S. action opposing the bill, Renner stated, “We remain attuned to the possibility that Parliament could take action on the Bahati bill, and we continue to raise these concerns with senior Ugandan officials.”

Renner also noted that a number of Ugandan government institutions have already spoken out against further criminalization of homosexuality, stating that the Uganda Human Rights Commission said the Bahati bill violates Uganda’s constitution and international law in 2010. Renner added that Uganda’s judiciary has repeatedly supported the rights of all Ugandan citizens, regardless of sexual orientation or gender identity.

It was in December 2011 the Secretary of State Hillary Rodham Clinton made headlines proclaiming the importance of ending LGBT discrimination in a global address. In relevant part, she said, “Wherever you live and whatever the circumstances of your life, whether you are connected to a network of support or feel isolated and vulnerable, please know that you are not alone. People around the globe are working hard to support you and to bring an end to the injustices and dangers you face. That is certainly true for my country. And you have an ally in the United States of America and you have millions of friends among the American people.”

Joe Corcoran contributed to this report.