During his 88th birthday celebration this past Saturday, Feb. 25, Zimbabwe’s President Robert Mugabe said “to hell with” British Prime Minister David Cameron over comments Cameron made at the October 2011 Commonwealth summit linking British foreign aid to the gay human rights records of recipient countries like Zimbabwe.

Mugabe’s remarks come on the heels of a new constitutional draft just released by the country’s parliamentary select committee co-chairmen last month. The draft contained no provisions to protect gay and lesbian rights, despite calls to do so from Zimbabwean Prime Minister Morgan Tsvangirai this last October.

Though the committee is currently discussing sexual identity discrimination, the inclusion of protections in the final constitution seems unlikely as legislators say more voices oppose such measures rather than support them.

During his political opposition rallies last October, Tsvangirai criticized the Mugabe-led Zimbabwe African National Union–Patriotic Front for pursuing “issues which are not useful which do not bring bread and butter to the table.” The country continues reeling from an economic and food crisis caused by governmental price controls and land confiscations as well as a nationwide drought and HIV/AIDS epidemic.

Zimbabwe currently outlaws same-sex acts and subjects gays and lesbians to incessant police harassment in form of arbitrary arrests, beatings, and even assassinations. African LGBT blog Behind the Mask has said that “Western pressure has even galvanized anti-gay sentiment in some areas” such as Zimbabwe, Ghana, Tanzania and Uganda.

Mugabe, who has called gay people lower than pigs and instated violent punishments for his country’s gay citizens, said during his birthday: 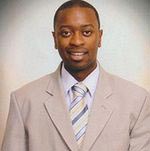 But despite Mugabe’s political hostility, a United Kingdom immigration court recently ruled against a Zimbabwean lesbian seeking asylum for her sexual identity, because: “the Gays and Lesbians Association of Zimbabwe (GALZ) which told a UK Border Agency fact finding mission that Zimbabwe is “not the worst place in the world to be gay or lesbian even though the President, government officials and church leaders have whipped up a climate of hysterical homophobia.”

The International Gay and Lesbian Human Rights Commission will soon release a study about discrimination against women based on sexual orientation and gender identity.