Assessing DADT repeal at the half-year mark shows little disruption, but sticking points on nondiscrimination and a second front on securing out transgender service

Sixth months ago, the United States military, under the direction of President Barack Obama, began allowing out gay, lesbian and bisexual service for the first time in the nation’s history.

On the eve of this six-month anniversary, the man at the helm of the organization founded in 1993 to end ”Don’t Ask, Don’t Tell” (DADT) in the months after the law banning out service was passed told Metro Weekly, ”By and large, there have been no major surprises on implementation.” 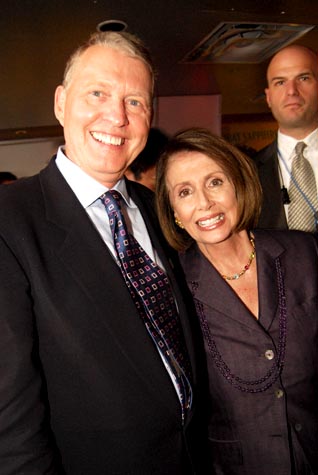 Aubrey Sarvis, who announced earlier this year that he will be leaving the Servicemembers Legal Defense Network (SLDN) when a successor is named, says, ”It has proceeded on the path we’d envisioned. Our U.S. servicemembers are implementing this without fanfare, without controversy — much as the way their colleagues in foreign militaries did so.”

But, Sarvis says, much remains, from ”disparity in benefits” between gay and straight servicemembers to a formalized nondiscrimination requirement based on sexual orientation. In an earlier discussion, Sarvis also talked with Metro Weekly about out transgender service, saying that an ”educational effort” is needed. ”[It] is not something that’s going to happen over the next 12 or 24 months.”

The road to repeal was not always a clear one, but Obama has long been a supporter of it. More than that, then-candidate Sen. Barack Obama told the Houston GLBT Political Caucus in February 2008 that he was a supporter of the then-pending Military Readiness Enhancement Act, which he wrote ”would repeal the Don’t Ask, Don’t Tell policy … and would replace it with a policy of non-discrimination.” He then added, ”As President, I will consult with military leaders and members of Congress to determine the best and most effective way to effect a successful transition to a policy of non-discrimination.”

Of that ”policy of non-discrimination,” Sarvis says, ”That piece clearly hasn’t come about.” Asked why, he points to the Pentagon. ”The language was dropped on Capitol Hill at the request of the Defense Department,” he says.

But, now that the law was passed without the provision, SLDN and others have called on the president to add such a policy through executive order.

”The president hasn’t issued an executive order that would provide for a policy of nondiscrimination based on sexual orientation for the uniform side of DOD. And, the irony is, on the civilian side at DOD, there is such a policy,” he says. ”The president can do this, but another thing we’ve pointed out is Secretary [of Defense Leon] Panetta can do this. There are a couple of ways he can do it: He could issue a directive. He also could have the department adopt language in their Human Goals Charter.

”I think the executive order would carry more weight and be less likely to be changed, but either one could be changed.”

He adds: ”I’m at a loss as to why they haven’t done it — other than it’s clear there’s been resistance on this front that became apparent during the debate and negotiations on the kind of bill that was going to move.”

Looking at the responses received and discussions that he and others have had, though, he concludes, ”I think their continued silence makes it clear that it’s unlikely to happen this year.”

On a positive note, however, Sarvis says, ”Having said this, we don’t have before us pending harassment and discrimination cases. That doesn’t obviate the need for this policy to be in place, because you don’t wait for a disaster to happen. This guidance should be in place now, but we’re not seeing a lot of harassment or discrimination cases based on sexual orientation.”

In the absence of a formalized nondiscrimination requirement, Sarvis says, ”I think it might be more beneficial and productive for the remainder of this year to focus on the benefits disparity between legally married gay and lesbian servicemembers and their straight counterparts.”

In addition to SLDN’s ongoing lawsuit challenging the constitutionality of the Defense of Marriage Act (DOMA) and seeking equal spousal benefits for GLB servicembmers as are provided to straight servicemembers, Sarvis explains, ”We have been calling on the secretary to act on a number of benefits that he could confer now that would not run afoul of DOMA or the definition of ‘spouse’ in several titles of the U.S. Code.”

On this issue of benefits, Sarvis notes, ”[W]e have had sit-down meetings with high-level officials in the Pentagon about this matter and we are hopeful that the secretary could be acting on this front in the very near future. Possibly this month.”

Sarvis, though optimistic, also voices a note of frustration, saying, ”It’s six months since repeal. They teed up the benefits disparity issue when the Pentagon working group was at its peak — so that’s been a year and a half ago. They’ve had time to think this through. So, why haven’t they acted?

”It’s been six months, and we still haven’t seen anything from the secretary. It’s overdue.”

Noting that the SLDN board added out transgender service to its mission shortly after the repeal of DADT, Sarvis told Metro Weekly in late February, ”We’ve been a legal resource to transgender clients for the past two decades.”

Explaining what he sees as the process for securing out transgender service, he said, ”You step back and you look at the journey to get repeal of ‘Don’t Ask, Don’t Tell.’ It took years. It took education. It took resources. We had stories and faces of servicemembers out there. This did not happen in a vacuum. It did not happen in one or two years.”

Asked about the recent OutServe Magazine issue that highlighted transgender service on its cover, Sarvis praised the decision, but added, ”OutServe, like SLDN, has limited resources.”

He continued, ”You can track [political support for repeal] by how the American people changed in terms of their views on gays and lesbians serving in the military. When President Clinton brought the issue before Congress and the American people, there was only 49 percent of the American people in favor of gays and lesbians serving in the military. That changed, but it took a decade of education, discussion and debate. Now, I’m not suggesting that transgender military service needs to take as long as it did to repeal ‘Don’t Ask, Don’t Tell,’ but I am suggesting there are some parallels and resources have to be brought to bear.”

”This is not something that’s going to happen over the next 12 or 24 months,” he said of out transgender service. ”This has to be a dialogue, a conversation, an education, with the American people. And I think that should be taking place now.”

For now, however, transgender Americans are serving, albeit in the silence previously faced by their gay colleagues. And, six months into DADT’s repeal, lesbian, gay and bisexual servicemembers are serving with little fanfare or disruption — while still seeking full equality for themselves.