Cleve Jones to be Honored as White House Champion of Change 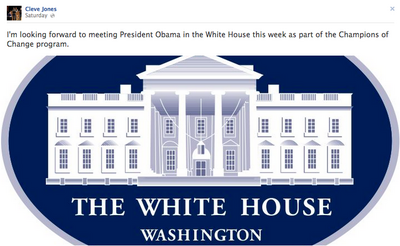 Cleve Jones, the Lesbian, Gay, Bisexual and Transgender (LGBT) rights activist who began his work with the community via Harvey Milk, has been named a White House Champion of Change, according to his Facebook page and later confirmed by the White House.

Jones will meet with President Obama this week as part of the program aimed at bringing those with the best ideas to the White House to “share their ideas to win the future,” the program’s mission states.

Jones is the founder of the NAMES Project AIDS Memorial Quilt. He is a member of the advisory board of the American Foundation for Equal Rights, which brought the ongoing legal challenge to California’s Proposition 8, and is a senior adviser to the Courage Campaign.