Today, Lambda Legal Defense and Education Fund took what one of its lawyers calls “a strategic step” in the national effort to advance marriage equality by filing a federal lawsuit in Nevada seeking equal marriage rights for eight same-sex couples in the state.

The lawsuit, Sevcik v. Sandoval, marks the first time that Lambda Legal has sought equal marriage rights for gay and lesbian couples in federal court, although a staff attorney with the group, Tara Borelli, notes that another case filed by Lambda Legal in state court in New Jersey includes federal claims as well.

According to the complaint filed in U.S. District Court for the District of Nevada, the lead plaintiffs in the new lawsuit — Beverly Sevcik, 73, and Mary Baranovich, 76, of Carson City, Nevada — have been together for more than 40 years. As the complaint notes, “When Beverly and Mary committed their lives to each other on October 2, 1971 and bought rings to signify their relationship, they were careful not to purchase matching rings for fear of having their relationship discovered.”

The couple, nonetheless, went on to raise three children and have four grandchildren, despite the constitutional amendment passed by voters in 2000 and 2002 limiting marriage in the state’s constitution to “a male and a female person.” Same-sex couples have been able to receive many of the same benefits and privileges of marriage but not the status itself, however, since the legislature passed comprehensive domestic partnership benefits over the veto of then-Gov. Jim Gibbons (R) in 2009. 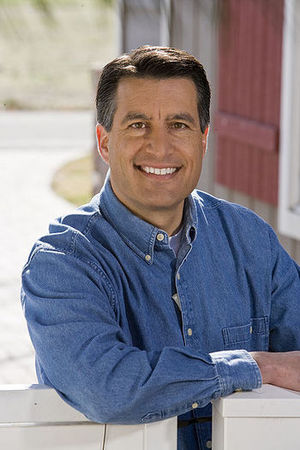 Lambda Legal’s federal lawsuit against Gov. Brian Sandoval (R) was filed electronically in Nevada overnight today, and it stands as a sign of the significant ground movement on marriage equality in the country in recent years.

Less than three years ago, when word came on May 27, 2009, that a brand new organization — the American Foundation for Equal Rights (AFER) — had filed a federal lawsuit seeking to overturn California’s Proposition 8, the response from the legal groups was not at all positive. The day the AFER lawsuit — then Perry v. Schwarzenegger and now Perry v. Brown — was announced, Lambda Legal and several other legal, political and educational LGBT organizations released a statement warning that “that ill-timed lawsuits could set the fight for marriage back.” Specifically questioning lawsuits “based on the federal Constitution,” the groups were concerned that “without more groundwork, the U.S. Supreme Court likely is not yet ready to rule that same-sex couples cannot be barred from marriage.”

With today’s filing, Lambda appears to have acknowledged that Perry has helped lay that groundwork. By filing the case in Nevada, any appeal of a trial-court decision would go to the U.S. Court of Appeals for the Ninth Circuit — which agreed in February with the trial-court judge in Perry that Proposition 8 is unconstitutional.

At the same time, Borelli makes clear that Lambda sees this as another — and not the final — step in seeking marriage equality through the courts.

“This lawsuit seeks the freedom to marry for same-sex couples in the state of Nevada and is tailored to be a responsible building block for future marriage equality work,” she tells Metro Weekly from Las Vegas on the eve of the filing. “We’ve always believed that it’s important to take strategic steps that build on each other, and that’s exactly what this case is designed to do.”

According to the complaint, “No legitimate, let alone important or compelling, interest exists to exclude same-sex couples from the historic and highly venerated institution of marriage, especially where the State already grants lesbians and gay men access to almost all substantive spousal rights and responsibilities through registered domestic partnership.”

Explaining the claim, Borelli says, “One of the reasons that we’re suing in the state of Nevada is that this is a particular equal protection problem that this case examines. It’s the kind of problem created where a state excludes same-sex couples from marriage deems them fit for all of the rights and responsibilities of marriage through a lesser, second-class status — in this case, domestic partnership. That shows just how irrational that state’s decision is to shut same-sex couples out of marriage.”

In fact, Lambda Legal — with assistance from pro bono co-counsel from O’Melveny & Myers LLP and Snell & Wilmer LLP — has decided only to pursue an equal protection claim relating to the different treatment same-sex couples receive in Nevada and not a due process claim relating to the “fundamental right” to marriage. Both claims were raised in the Perry lawsuit.

“We certainly believe that the fundamental right to marry includes same-sex couples, but this court doesn’t need to answer that question to rule for the plaintiffs here,” Borelli says. “And we’re convinced that our equal protection claim is so clearly correct that we want to keep the focus on that claim.”

That claim also pairs well with the claim advanced by the Department of Justice in challenges to the federal definition of marriage contained in Section 3 of the Defense of Marriage Act. This past week, Acting Assistant Attorney General Stuart Delery told the U.S. Court of Appeals for the First Circuit that the Obama administration believes courts should closely scrutinize laws like DOMA that classify people based on sexual orientation. Although marriage laws themselves weren’t at issue in that case, Gill v. Office of Personnel Management, the equal protection analysis underpinning Delery’s argument is the same as the argument that will be used by Lambda Legal in Nevada.

Chad Griffin, who started AFER and serves as its board president, sounded a hopeful — and triumphant — tone in responding to news of the lawsuit.

“Every American deserves the same dignity and respect, the same freedom to love, to marry and to build a family, no matter which state they live in,” he said in a statement provided to Metro Weekly. “I am proud that the historic victories in the Perry case helped make possible today’s lawsuit in Nevada. Working together, we will realize this most American of dreams.”

The Human Rights Campaign, where Griffin has been selected to take over as its next president in June, was one of the groups that had joined Lambda Legal in expressing its concerns about “premature lawsuits” back in 2009.

Sainz also pointed to lawsuits like Gill challenging DOMA — as well as the Perry lawsuit itself — stating, “Much like the various DOMA cases have showcased the many insidious aspects of that law, this lawsuit builds on Perry and provides good solid evidence of the inequities created by separate forms of relationship recognition.”