The Next Generation Awards 2012

By John Riley
Photography by Julian P. Vankim
May 2, 2012

Christopher Barnhill may be only 25 years old. But to hear this Metro Weekly Next Generation Award winner tell it, he’s already fulfilling his life’s purpose.

As a schools engagement manager with Metro TeenAIDS, a D.C. organization working to prevent the spread of HIV among young people and improve the quality of life for those already infected, Barnhill is often on the front lines of the emerging HIV epidemic, seeing firsthand how it affects marginalized youth. 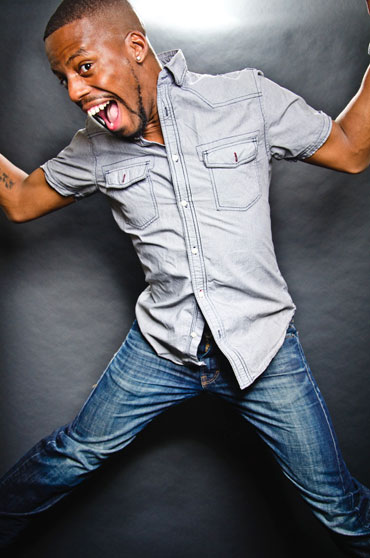 ”I feel that God has kept me here for an essential purpose,” he says of his work. ”All the things I’ve gone through in my life have brought me to this moment, to handle this big task.”

Barnhill knows personally how tumultuous an HIV diagnosis can be in a young person’s life. Orphaned at age 2, Barnhill was born HIV-positive following his mother’s struggle with heroin addiction and subsequent infection. She AIDS-related complications not long after.

But Barnhill – who was raised by his aunt in Prince George’s County, along with his brother, two sisters and three cousins – didn’t know he was HIV-positive. His family had decided to keep it a secret. Instead, Barnhill learned of his status when he got tested at a school health fair when he was 16.

Initially, Barnhill assumed he’d been infected through sexual behavior, despite believing he had done everything in his power to protect himself. He continued to believe so, even as his former sexual partners tested negative, until two years later when his aunt revealed to him that he had been born with the virus.

”I felt a sense of betrayal,” Barnhill says of his aunt’s admission and decision not to tell him he was HIV-positive. ”I used to be very angry about it. There were a lot of emotions that I didn’t speak out loud or even understand until I had gotten older and matured a little bit.

”And I was like, ‘You know what? I can’t really fault them for not telling me. I can be pissed as hell, but I can understand the situation.’ I was born in 1987. That was around the time where if you even breathed the word ‘HIV,’ it was a problem. And coming up in the African-American community, where much isn’t talked about and things that go on inside the family are pretty much swept under the rug, I can understand why they kept it from me. Their purpose was to keep me protected. With that frame of mind, it allows me to rest a little easier.”

As Barnhill sees it, it’s all part of God’s plan. A very religious person who’s a licensed youth minister at the Community Church of Washington, D.C., Barnhill says his unique experience has shaped him for his current job.

”All things will unfold in their due season,” he says of this purpose. ”Everything in its divine order.”

Barnhill says his diagnosis prompted him to get involved, to advocate on behalf of young people like himself who are infected with HIV. He said his first experience as an activist was when he helped coordinate World AIDS Day at his high school, for which he was expected to address the student body during morning announcements.

In the course of planning the event, one of his teachers made an offhand remark that it would be great if the students could hear from somebody who was HIV-positive, prompting Barnhill to share his status with his school of more than 2,000 students.

”This big ol’ lightbulb clicked in my head, and was like, ‘Chris, this is the moment,”’ he recalls.

‘A Strange Loop’ creator Michael R. Jackson uses art to “make sense out of the craziness of life”

Michael R. Jackson on making history with A Strange Loop, the impact of Liz Phair, and why the show targets Tyler Perry

They say to never meet your heroes, but rubbing shoulders with idols has worked out well so far for Michael R. Jackson. The playwright, composer, and lyricist, whose musical A Strange Loop earned him the 2020 Pulitzer Prize for Drama, drew from a wealth of influences to create his self-referential stage hit -- from the gospel he grew up with, to the alt-girl rock that helped him through high school while struggling with his sexuality.

First and foremost, Jackson drew from his life and experiences coming into his own as a Black gay man in America. Though the Detroit native makes a point to say A Strange Loop -- playing through January 9 at Woolly Mammoth before heading to Broadway for a planned run this Spring -- isn't autobiographical, it is a show about a Black gay 25-year old named Usher, who works as an usher at The Lion King while also writing his own musical about a Black gay twentysomething usher writing a musical, which describes Jackson at that age, working as an usher at The Lion King, while studying at NYU's Graduate Musical Theater Writing Program and writing his own musical.