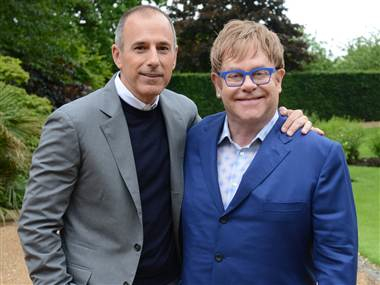 “When you take a drug and you take a drink and you mix those two together, you think you’re invincible… I came out of this HIV negative… I was the luckiest person in the world.”

Elton John to Matt Lauer, regarding his unsafe-sex practices at the beginning of the AIDS epidemic. On the two-part interview, to be broadcast on The Today Show Tuesday, July 17 and Wednesday, July 18, John addresses his addiction issues with stark candor:

“I wasted such a big part of my life… I was a drug addict and self-absorbed. You know, I was having people die right, left, and center around me, friends. And yet, I didn’t stop the life that I had, which is the terrible thing about addiction. It’s that — you know, it’s that bad of a disease.”

John’s memoir, Love Is The Cure: On Life, Loss and the End of AIDS, will be released on July 17.