Even with marriage equality polling well, states rely on HRC investments as backup

Money makes the world go ’round. And extra dollars fuel the fight for equality. 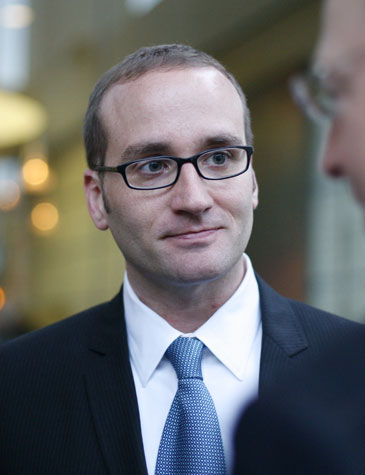 HRC has established a distinct PAC, or political action committee, in each of the states to help fund the fight at the ballot box. The $1 million will be split evenly among the four states.

In Maine, voters will be asked to approve a citizen-backed initiative to issue marriage licenses to same-sex couples. In Maryland and Washington, voters will be asked to uphold marriage-equality laws recently passed by their respective state Legislatures and signed into law by Governors Martin O’Malley (D) and Christine Gregoire (D), respectively.

In Minnesota, where same-sex marriage is already banned by statute, voters will be asked to decide if they want to change their state’s constitution by inserting additional language that would specifically ban same-sex partners from marrying.

”This is a tipping-point year in the fight for marriage equality that requires significant investment,” HRC President Chad Griffin said in a statement. ”We are committed to making sure this is the year that our opponents can no longer claim Americans will not support marriage equality at the ballot box.”

”Bans on marriage for same-sex couples have sent the devastating message to young people that they cannot grow up to live their dreams and be full and equal citizens,” Griffin said in a statement. ”This is the year we will change that.”

HRC’s $1 million investment brings the total amount the organization has contributed to legislative and electoral marriage issues for the 2011-2012 cycle to $4.8 million.

John Riley is the local news reporter for Metro Weekly. He can be reached at jriley@metroweekly.com
← Previous Story Global LGBT Briefs: Jubilation in Entebbe, Marriage-Minded in France and Oz
Next Story → Platform in Play