Bernard Bundy Jr. had a bad feeling in his stomach the morning of July 25.

Bundy, who lives in Alexandria but was raised in Maryland, was looking at a just-posted list of names of people who had signed a petition to force the recently passed Civil Marriage Protection Act, granting marriage equality to same-sex couples in Maryland, onto the state ballot for a November referendum.

The list of names and addresses, public information obtained from the Maryland State Board of Elections by the gay publication the Washington Blade, was posted on the Blade‘s website as a searchable database. A reader of the paper later crafted that information into an interactive online map showing the number of people who signed petitions in particular zip codes, which the Blade then also placed on its website.

”Something inside told me someone I knew would be on that petition,” Bundy tells Metro Weekly. ”I was curious to know.”

To Bundy’s disappointment, he found his mother’s name on the petition.

”I was not expecting to see my mom,” he says. ”There she was, … but actually with a fake address.”

Bundy says his mother lives in Fort Washington, but that her address listed on the petition is in Temple Hills, Md.

”Her address was almost like two addresses in one,” he says, referring to a series of numbers that randomly appear between his mother’s listed address and Temple Hills. ”It’s a false address anyway. She probably should have been disqualified. But it’s in keeping with what she would do.”

Bundy says his mother, who has been struggling with mental health issues, is wary of telling people her real address. But he says when he saw her full name, he knew it was her.

In addition to his mother, Bundy also found an aunt and uncle, his godparents. Even more galling to Bundy, those godparents have an out gay son – Bundy’s cousin – who has had a partner for more than 10 years.

After spotting his family members on the petition, Bundy phoned his cousin, who told him that they shouldn’t take it personally.

While a signature advocates putting the marriage law to a vote and is not necessarily an endorsement of repealing the law, Bundy says he didn’t bother to check for friends or former neighbors, since the experience was emotionally draining, bringing him to tears at times.

”It was a rough day,” he says. ”I didn’t work much that day. I was there physically, but not mentally, just thinking how much it hurt to see that. I even told my boss, ‘I’m losing faith in humanity.”’

Bundy says his family is Catholic and very religious, but the idea that they would sign a petition aimed at putting gay rights to a vote, especially with openly gay family members, is sobering.

”Everyone has the right to believe what they believe,” he says. ”But when it’s your own family that’s signing to take away your rights, it hurts.”

Bundy’s unsure how to approach his relatives, because he’s afraid of what the reaction might be. He says he doesn’t want to be overly confrontational, but wants to say something before they head to the polls in November, ostensibly to overturn marriage equality. 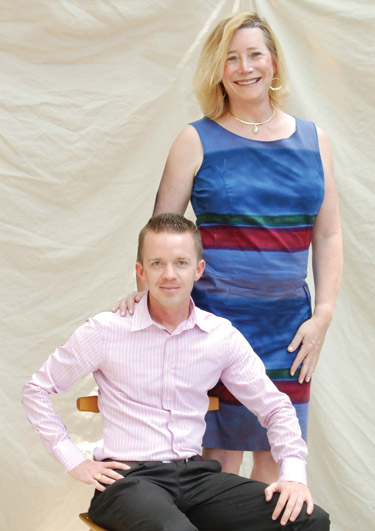 For local gay rights activist Lane Hudson, the situation some Marylanders are facing is reminiscent of when many were pushing for the release of names of people who had signed to put California’s Proposition 8 on the 2008 ballot, which allowed voters to remove existing marriage rights for same-sex couples.

A similar fight occurred in Washington State in 2009 regarding the release of names of signatories in favor of Referendum 71, which sought to repeal that state’s domestic partnership law. The Supreme Court later ruled in 2010, in Doe v. Reed, that releasing the names of signatories did not violate their First Amendment rights.

”Generally, I think transparency is a good thing,” Hudson says. ”If people are finding friends or relatives on the petition, that means they have the chance to change their minds.”

Hudson says people who sign petitions need to understand that their signatures can be made public, which may discourage some from signing. But he said that’s a good development, possibly preventing initiatives that attempt to allow votes on minority rights, or, at least, exposing backers of such initiatives.

”We want to create a society where it’s unacceptable to discriminate against LGBT people,” he says.

Maryland transgender activist Dr. Dana Beyer, however, says that the posting of the names was not a wise or strategic move, and may have complicated the situation for pro-equality forces.

”Given what the coalition has stated, that they don’t want to muddy the message, this does not help,” she says. ”You now have an interested third party, the Blade, releasing those names and potentially muddying the message.”

John Riley is the local news reporter for Metro Weekly. He can be reached at jriley@metroweekly.com
← Previous Story Partisan Pride?
Next Story → Constitutional Countdown