By John Riley on September 6, 2012 @JohnAndresRiley

Longtime civil rights figure Dr. Julian Bond is speaking out in favor of marriage equality in an op-ed in the Afro-American newspapers, which has both Baltimore and Washington editions, ahead of November’s referendum on Maryland’s recently passed marriage equality law.

The referendum, know as Question 6, was placed on the ballot after opponents of same-sex marriage, led by the Maryland Marriage Alliance, a local organization largely funded by the anti-gay National Organization for Marriage (NOM), collected more than twice the number of petition signatures to force the law onto the ballot. 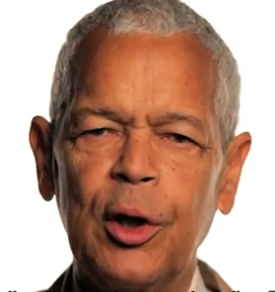 In an op-ed titled “Why Marriage in Maryland Matters” on Sept. 5, Bond cuts right to the heart of a polarizing issue that, until recently, most African-Americans overwhelmingly opposed for cultural and religious reasons.

“Let’s face it: Marriage for gay and lesbian couples is often perceived as a White issue,” Bond writes. “Yet, there are thousands of African-Americans – our brothers and sisters, cousins, neighbors, and co-workers – who are gay, in committed relationships, and want to marry. … So it’s probably time the country started talking about the issue in more diverse terms – and time the African-American community started, well, talking about it.”

Noting that a quarter of the Maryland electorate is black, Bond cites polling showing the referendum to uphold the law holding a 14-point lead over those who want to overturn the law, with African-Americans evenly divided over the issue, compared to most opposing it just a year before, momentum that Bond credits to the endorsements of marriage equality by President Obama and the NAACP.

In his editorial, Bond also pushes back against the religious arguments sometimes used to deny same-sex couples the right to join in a civil marriage ceremony, and against what he labels efforts by NOM and their partner organizations to use the black community for their own interests and “drive a wedge between gays and blacks,” referring to a quote from a leaked internal memo from the organization that talked about strategies to deny same-sex couples the right to be civilly married.

“Rev. Delman Coates of Mt. Ennon Baptist Church in Maryland’s Prince George’s County is a strong local voice who is always reminding people, especially his fellow ministers, that religious freedom is protected,” Bond writes. “Translation: no gay people will be walking down the aisle in a church unless that church agrees with it.”

To close, Bond, the former chairman of the NAACP and a founding member of the Student Nonviolent Coordinating Committee (SNCC), one of the earliest civil rights organizations, also quotes Coretta Scott King, the wife of civil rights leader Dr. Martin Luther King, Jr., and encourages readers to support the marriage equality law.

“All of this is to say that I think the message of my late neighbor and friend, Coretta Scott King, is sinking in – in all communities,” Bond writes. “’Homophobia,’ she said, ‘is like racism and anti-Semitism…in that it seeks to dehumanize a large group of people, to deny their humanity, their dignity and personhood.’”

Bond, a longtime LGBT ally, has been active in the Marylanders for Marriage Equality campaign, even cutting a 30-second ad for the coalition of groups seeking to pass and uphold the marriage equality law. In response to his editorial, the campaign thanked him for his work helping promote marriage equality.

“We’re eternally grateful for everything Mr. Bond has done on the issue of marriage equality,” Kevin Nix, spokesman for Marylanders for Marriage Equality, said in a statement. “People sit up and listen when Julian Bond talks about equality and fairness. His voice carries a lot of weight.”