Marylanders for Marriage Equality, the coalition of labor, religious and community groups seeking to uphold Maryland’s marriage-equality law by approving the Question 6 referendum at the ballot box Nov. 6, is increasing outreach to groups considered key to securing marriage equality with the release of a new Web ad aimed at reaching observant Catholics and Eastern Shore voters. 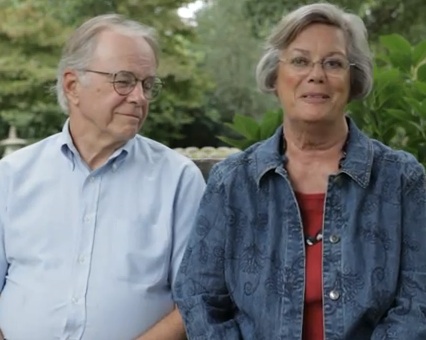 The latest Web ad, released earlier today, features Pat and Jenny Nugent of Cambridge, Md. The heterosexual couple has been married for 48 years and describes themselves as “cradle Catholics.” The Nugents talk openly about their faith and the active role they take in their parish, serving as parish council members, lectors and co-chairs of their church’s social justice committee.

The Nugents also share a story about their son, Kevin, who is gay, and the life they want for him. Telling the story of how Kevin came out to them, Jenny Nugent says, “I want him to have the same sense of security and fidelity in a relationship, where you know there’s one person you can always rely on.

The commercial concludes with Pat Nugent saying, “I’m going to vote my conscience and vote for QuestionNo. 6 in November.”

If approved, Question 6 would allow a marriage-equality law passed earlier this year to take effect. The measure also provides specific protections for clergy, churches and religiously affiliated organizations and reiterates their right not to recognize or perform marriages that violate their religious beliefs.

The Nugents’ ad touches on common themes that have been repeated by marriage-equality advocates, particularly Gov. Martin O’Malley (D), who is also a Catholic. In a Sept. 24 conference call with reporters and activists, O’Malley repeatedly stressed the need to balance “equal protection under the law for all residents” and religious liberty.

The ad also marks an attempt by the coalition to reach out to areas outside of the Baltimore-Washington metropolitan region. When the marriage-equality bill passed the General Assembly in February, it did so largely relying on support from lawmakers from urban and suburban areas such as Montgomery, Howard and Prince George’s counties and Baltimore City. No Eastern Shore lawmaker in either chamber voted for the bill, and Del. Galen Clagett (D-Frederick Co.) and Sen. Ronald Young (D-Frederick, Washington counties) were the only lawmakers from the state’s western panhandle region to vote in favor of it.

In other news, the Marylanders for Marriage Equality campaign announced that Baltimore Mayor Stephanie Rawlings-Blake (D), a supporter of marriage equality, would be helping phone bank tonight in an effort to reach supporters and sway undecided voters to support Question 6.

Rawlings-Blake is one of several prominent African-Americans, particularly from the Baltimore area, who have been outspoken on their support for Question 6, even cutting an advertisement for the Marylanders for Marriage Equality coalition. The coalition has been active in courting and engaging African-Americans to speak out in favor of marriage equality in an effort to blunt possible attempts by opponents to “drive a wedge between gays and blacks” by playing on misperceptions that being gay is a “white” phenomenon.