It’s a day he says he’ll never forget. On July 11, 2007, John Cephas stood in line with hundreds of other recruits at the United States Air Force Academy waiting to be processed into military life.

Cephas was a long way from home. The academy is located just outside of Colorado Springs, Colo. Cephas is a self-described Navy brat who was born in Annapolis and grew up all over the country.

There was paperwork to fill out and a swearing-in ceremony to attend before Cephas would meet the squad he would be living with. As Cephas stood in line before beginning his first day of service to his country and entering an environment where everything he had come to know would change, he thought, ”I made it.” 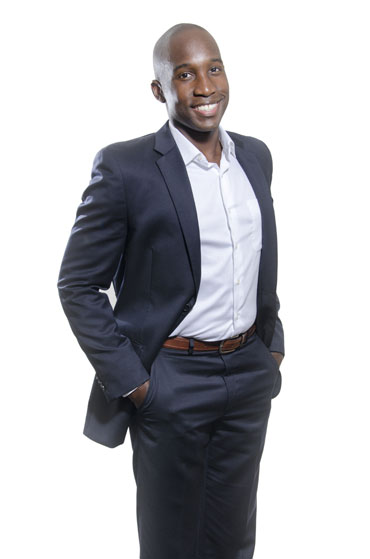 ”I don’t think anyone forgets their processing day,” Cephas says five years later. ”It’s like the first day of school – but much worse.”

For the 17-year-old Cephas, there was also an underlying fear. Although the congressional wheels were in motion to overturn ”Don’t Ask, Don’t Tell,” the ban on out gay and lesbian servicemembers was still in place.

It was a fear that subsided over time. Cephas is of a younger generation of servicemembers who entered the military when DADT was law, but rapidly crumbling at its foundation.

Today, the 22-year-old Cephas is a sergeant in the Maryland National Guard. He decided not to stay at the Air Force Academy and in December he will graduate from Johns Hopkins University in Baltimore with a degree in psychology. He plans to move to Seattle at that point.Once there, Cephas is to be commissioned as a second lieutenant military intelligence officer in the Washington National Guard upon his completion of the Reserve Officers’ Training Corps.

The ban on out gay servicemembers was something Cephas thought about, but having joined the military at just 17 years old, it didn’t become a major concern until later in his career.

”When I joined I thought maybe it wasn’t that important,” he says of the ban. ”But as I matured I realized this could seriously have an effect on me.”

Although Cephas himself never ran into trouble, he knew fellow servicemembers who did. By the time DADT repeal was implemented, in September 2011, Cephas says it was like a weight had been lifted from his shoulders.

”[DADT] made me very, very cautious,” he says. ”It did always make me look over my shoulder. I always had to mind my behavior.”

When friends in his unit would ask about his plans for the weekend, he would have to tell half-truths. Discussions about girlfriends were to be avoided and there were certain pronouns he couldn’t use. When Cephas would spend the weekend away from his unit with a group of gay friends, he often found himself wary of cameras for fear photos would end up on Facebook.

Although Cephas found support from a few military friends he came out to, including one who wanted to become a military chaplain, he was largely on his own.

Cephas comes from a family with a history of military service. Although his father served in the Navy, several of Cephas’s uncles and aunts served in the Army. He never felt pressured to join the military, but the decision came from an underlying desire to give back.

”I wanted to serve my country and be part of something larger than myself,” he says.

For Cephas, the decision to join the Army rather than the Navy was an obvious one: ”I get seasick.”

Cephas has found acceptance in his unit since the repeal, having been inadvertently outed by a Facebook comment from a friend’s mother shortly after the repeal. Cephas says the level of support from members of his unit and his commanding officers has left him stunned.

Cephas describes himself as a private person, and his sexuality isn’t often a topic of conversation among those in his unit.

Nevertheless, the struggle for acceptance at home remains. Cephas comes from a conservative and religious household. Although he widely suspects his parents know that he’s gay, it’s a conversation they haven’t yet had, but one Cephas guesses they’ll be having soon.

”I’ve always been very close with my father,” Cephas says. ”He’s like my best friend.”

Cephas isn’t sure how the Navy veteran will take the news from his only son, but he’s reminded of something his father would say when Cephas was a kid: ”If you’re happy, I’m happy for you.”

Now on the verge of moving across the country with his boyfriend of one year – a former Marine who works for the Pentagon – Cephas has a new appreciation for what countless generations of military men and women had to endure so he could live his life openly.

”I can’t even imagine the stress it must of put people under to actively have to hide huge parts of your life,” he says. ”They had to shut down part of their lives, and that’s really hard to do.”

It was a struggle endured by countless men and women so a new generation could live their lives openly. For Cephas, that is fact he doesn’t take lightly.

”It’s not about being out and proud for me,” Cephas says. ”It’s about being able to finally be yourself. And it’s about not living in fear.”