Ballot Errors Related to Question 6 Being Discovered in Maryland

Marylanders hoping to vote on marriage equality in the Free State are running into a few bumps. 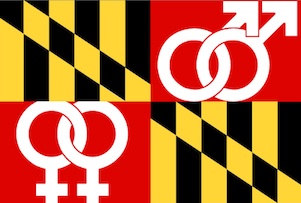 Some absentee voters in Maryland have reported that when they received their ballots, the second page was missing, meaning those voters did not have an opportunity to vote on Question 6, a measure that, if approved, would ratify the Civil Marriage Protection Act passed earlier in the year.

As signed into law by Gov. Martin O’Malley (D) in March, the Civil Marriage Protection Act allows same-sex couples to obtain state civil marriage licenses, while providing protections for those religious organizations and clergy for whom marriage equality is a violation of their beliefs.

“We’re looking into this matter and taking it seriously,” Josh Levin, campaign manager for Marylanders for Marriage Equality, said in a statement. “Every registered voter must have the same opportunity to participate in the electoral process. We’re confident the board of elections will get to the bottom of this quickly and resolve it.”

The campaign also alerted supporters via email and press release that absentee voters whose ballots are not complete may call 1-800-222-8683 to request replacement ballots.

The controversy over the missing ballot pages follows a separate incident in Silver Spring where two voters, including a certified translator for the Organization of American States, noticed problems with the Spanish-language summary of Question 6, as first reported WUSA 9.

In the Spanish summary, one word was mistranslated to read that the measure would amend current law, which its says already allows same-sex couples to obtain marriage licenses. The language would seem to imply that a “no” vote would allow marriage equality to continue to be law in Maryland, when in fact it would prevent gay and lesbian couples from being able to marry.

Goldstein apologized for the translation error, but noted that the error was only in the explanation. He told WUSA that the actual ballot language for the measure was correctly translated into Spanish.