Since House Speaker John Boehner (R-Ohio) agreed to defend the Defense of Marriage Act in federal courts 15 months ago, more than 1.4 million taxpayer dollars have been spent on the legal bills. 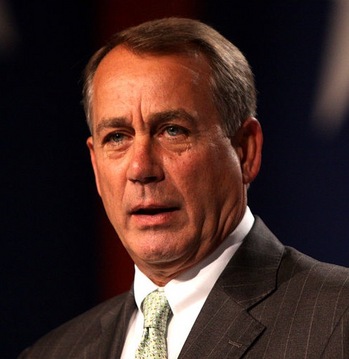 According to numbers released by Democratic minority members of the Committee on House Administration, money spent on outside counsel is rapidly approaching the $1.5 million cap agreed to in a contract signed by committee chairman Rep. Dan Lungren (R-Calif.), meaning that cap could soon be lifted as challenges to DOMA, which forbids federal recognition of same-sex marriage, continue to make their way through the court system.

“For more than a year, Speaker Boehner and Congressional Republicans have committed valuable taxpayer dollars to defending discrimination and preserving inequality — only to lose case after case in their effort to uphold the Defense of Marriage Act,” Pelosi said. “There is nothing effective or efficient about this utter abuse of the people’s trust or the public purse; it is simply wasteful and wrong, and Americans deserve better.”

Pelosi added that it would be “unconscionable” for Republican leaders to spend more money to defend DOMA while standing on “the wrong side of history at taxpayer expense.”

“The American people should no longer have to foot the bill for Speaker Boehner’s campaign to appease the most conservative forces within the Republican Party,” Pelosi said.

“Despite losing multiple court cases, Speaker Boehner continues to insist on racking up even more taxpayer-funded legal bills, even as Republicans claim to be concerned about the deficit,” Hoyer said in a statement.

“Instead of focusing on the real problems that impact people’s livelihood, Speaker Boehner and House Republicans are funneling money into an issue that does nothing to improve conditions for the millions of Americans in need of help, and actually harms loving and committed same-sex couples looking to start their own families,” Herwitt said in a statement.

Since the Obama administration deemed DOMA unconstitutional and the Justice Department declared they would no longer defend the 1996 law in federal court in February 2011, Boehner and the Bipartisan Legal Advisory Group (BLAG) have intervened in 14 DOMA challenges. Since February 2012, they have lost five cases in a row and petitioned one loss to the Supreme Court for review.

With four DOMA challenges petitioned before the Supreme Court for review, House Republicans have indicated they will continue to defend the law until the high court issues a ruling on its constitutionality sometime in June. The Supreme Court has not announced which DOMA cases it will hear.

[Editor’s note: This post was updated at 3PM to include statements from Steny Hoyer and Allison Herwitt.)