Republican presidential candidate Mitt Romney is facing heightened criticism from the LGBT community after The Boston Globe reported this morning that as governor of Massachusetts he rejected new birth certificates from same-sex parents. 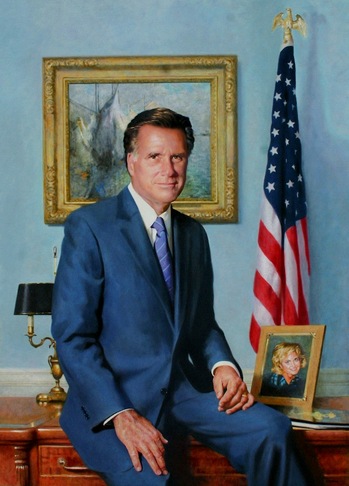 According to The Globe, after Massachusetts legalized marriage equality in 2003, the state Registry of Vital Records and Statistics sought to revise birth certificates to include same-sex couples who have children. While the agency wanted to edit the box for the father’s name to also include the name of the “second parent,” Romney rejected the proposal.

The revelation is being labeled by many as evidence of Romney’s history of contempt for same-sex couples.

In a statement released earlier today, Human Rights Campaign President Chad Griffin accused Romney of prioritizing “his own distaste for LGBT people over the well-being of children in Massachusetts.”

“It’s appalling that Mitt Romney would create so many additional obstacles for same-sex parents, particularly when the path to starting a family is already so hard for LGBT people,” Griffin added.

Indeed, Romney was warned that such handwritten notations violated existing law and threatened the integrity of the record-keeping system, according to The Globe.

The practice of requiring high-level legal review continued for the rest of Romney’s term, despite a warning from a Department of Public Health lawyer who said such a system placed the children of same-sex parents at an unfair disadvantage.

Crossouts and handwritten alterations constituted “violations of existing statutes’” and harmed “the integrity of the vital record-keeping system,’” the deputy general counsel of the department, Peggy Wiesenberg, warned in a confidential Dec. 13, 2004, memo to Mark Nielsen, Romney’s general counsel.

The changes also would impair law enforcement and security efforts in a post-9/11 world, she said, and children with altered certificates would be likely to “encounter [difficulties] later in life . . . as they try to register for school, or apply for a passport or a driver’s license, or enlist in the military, or register to vote.”

According to Griffin, “Mitt Romney didn’t care that these children would face a lifetime of obstacles in obtaining legal documentation for things like getting a driver’s license or registering to vote; he only cared about making sure same-sex parents felt abnormal and isolated simply because they wanted to start a family.”

Family Equality Council Executive Director Jennifer Chrisler also criticized Romney’s record on LGBT-rights, saying in a statement, “We don’t advocate for candidates; We advocate for families, and we’ve long known of the difficulties that parents who are LGBT had under Gov. Romney’s leadership.”

Although Chrisler noted her organization does not advocate on behalf of candidates, she said on Election Day she will “be voting for my family.”

Romney has repeatedly said children in America “have the right to have a father and a mother.” In a 2004 meeting between then-Gov. Romney and plaintiffs in the landmark case that legalized same-sex marriage in Massachusetts, Romney allegedly remarked that he did not know same-sex couples had families.

Speaking to Boston Spirit magazine earlier this year, plaintiff Julie Goodridge said during the meeting she asked him, “Governor Romney, tell me — what would you suggest I say to my 8 year-old daughter about why her mommy and her ma can’t get married because you, the governor of her state, are going to block our marriage?”

According to Goodridge, Romney responded, “I don’t really care what you tell your adopted daughter. Why don’t you just tell her the same thing you’ve been telling her the last eight years.”

The Globe’s story comes two days after Log Cabin Republicans endorsed Romney, stating a Romney presidency “will move the ball forward compared to past Republican presidents” on the issues important to the LGBT community.