While Maryland made history on Election Day, joining three states in voting to advance the rights of same-sex couples – blocking an anti-gay marriage amendment in Minnesota, legalizing marriage equality in Maryland, Maine and Washington – that’s hardly the end of the struggle.

For Gender Rights Maryland, the state’s only organization dedicated solely to transgender equality, and the Howard and Baltimore county chapters of Parents, Families and Friends of Lesbians and Gays (PFLAG), the coming year means a continuation of their alliance in pushing for the passage of statewide antidiscrimination legislation that includes gender identity and expression – as they’ve already done in Baltimore and Howard counties, working with other groups such as Equality Maryland and the League of Conservation Voters. 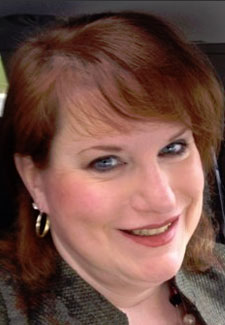 Matt Thorn, president of the Howard County PFLAG chapter, says his organization is looking forward to working with all parties – from organizations to legislators – to get a statewide antidiscrimination law similar to the one the Maryland General Assembly passed in 2001 prohibiting discrimination based on sexual orientation.

”It’s been far too long that the transgender community has not been included in antidiscrimination laws,” he says, urging gay and lesbian Marylanders who fought for marriage equality in 2012 to advocate on behalf of their transgender peers in 2013.

In 2011, a gender-identity antidiscrimination bill passed the House of Delegates by an 86-52 vote, though it did not include protections for public accommodations. Even without those protections, the bill was killed in the Senate after Senate President Thomas V. ”Mike” Miller (D-Calvert and Prince George’s counties) and others – mostly Democrats – voted to send it back to committee.

Sharon Brackett, board chair for Gender Rights Maryland, says she is hopeful about the chances for advancing gender- identity protections – which were largely overshadowed by marriage equality in the 2012 legislative session – in coming months.

”Marriage sucked all the air out of the room,” she says of 2012. ”But the bottom line is that my crystal ball as to what the Senate president is thinking is just as cloudy as anyone else’s.”

Brackett adds, however, that she doesn’t expect Miller to vote in favor of the legislation. She hopes he will nevertheless allow an up-or-down vote on the bill, as he did with marriage equality. She’s also counting on support from House Speaker Michael Busch (D-Anne Arundel Co.), a gender-rights supporter who was instrumental in pushing for the 2011 vote that put many legislators on record.

”There are always some people who have concerns about these bills,” Brackett says. ”I call them the ‘Chicken Littles.’ They say everything bad is going to happen, but clearly, the sky hasn’t fallen in Baltimore or Howard counties, or Montgomery County, or Baltimore City, where similar measures have passed.”

The statewide effort aside, Brackett says the alliance of pro-transgender groups will also try to get gender-identity protections passed by the Prince George’s County Council.

Brackett points out that Prince George’s is one of five Maryland jurisdictions able to pass nondiscrimination laws without seeking permission from the state. The other four have already passed such protections.

Unlike marriage equality, which met with some strong pockets of resistance in Prince George’s County – which eventually rejected the marriage-equality referendum by a slim margin – Brackett says polling indicates much broader support for gender-identity protections.

”We have polling that shows support for gender rights statewide is at 63 percent, and 60 percent in Prince George’s County,” she says. ”Marriage wishes they could have had those numbers.”

If statewide legislation fails to pass the General Assembly in the 2013 session, a victory in Prince George’s would still mark an important milestone in the fight for transgender protections, Brackett continues, as that would leave nearly two-thirds of state residents in jurisdictions with such protections.

In the meantime, members of Gender Rights Maryland and its allies will take to Annapolis, making the case with fewer resources than marriage-equality backers enjoyed.

”It’s a one-on-one sale,” Brackett says, laughing. ”Once we meet with them and they get to know us and we can answer all their questions, they don’t have a problem with [gender-identity protections] anymore.”

John Riley is the local news reporter for Metro Weekly. He can be reached at jriley@metroweekly.com
← Previous Story Remembering and Rallying
Next Story → Bolling Drops Out of Virginia Governor's Race