Commitment to a Cure

As an emigrant from a developing country in Sub-Saharan Africa, I know firsthand what HIV/AIDS has done to my home country.

In 1990, 1992 and 1995, I lost my youngest sister, my father and mother, respectively, to HIV/AIDS. The disease was a mystery and couldn’t be diagnosed. Because of its etiology, people decided to name it ”slim,” meaning that it ate you to the bones. With no drugs to help, fear grew into myths. People thought this new disease was a curse and resorted to either witchcraft or religion for answers as people continued to die. Most communities lost those who had been their strongest, healthiest contributors. Children and grandparents became the lonely survivors.

These consequences were common. The slow death of victims led to the emotional trauma of stigmatization and discrimination. Households were left without anyone to head them, without financial and emotional support. My family life was replaced by the chaos and destruction that comes of the survivors struggling over the little we were left with. 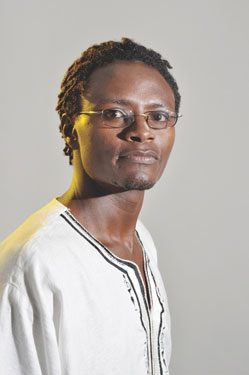 Eventually, doctors learned how HIV is transmitted. Condoms were recommended to prevent the spread of the virus. Drugs to prevent mother-to-child transmission and to limit multiplication of the virus were developed. But in my country, a few rich people alone had access to these drugs.

Today, by contrast, drugs are available even to the poorest – though people are still dying. This epidemic has cost my home country, Uganda, and the United States, and the entire world immeasurable resources. Economies ruined, lives lost, futures destroyed. We need, finally, to put this epidemic to rest.

No one should say this can’t happen, because it can. It has taken more than 30 years, but there is light at the end of the tunnel. Considering Timothy Ray Brown was completely cured of AIDS in 2007, becoming the first patient in the world and the history of the disease to experience a known cure for the disease, this can be practically done in others. There are other paths we have seen for finding a cure. But we must commit to walking them if we are to know where they lead, rather than stand paralyzed at a crossroads.

America, we have always led on critical issues like this. Even when it doesn’t affect us directly, the world is counting on our leadership. As the 112th Congress ended Jan. 3, it allowed HR 6187, the Cure for AIDS Act of 2012, to die. Now we have the 113th Congress. The full title of the bill spells out what Congress must do: ”Establish a research program under the Congressionally Directed Medical Research Program of the Department of Defense to discover a cure for HIV/AIDS.”

Failure to pass the legislation introduced in July by Reps. Jim Himes (D-Conn.) and Barbara Lee (D-Calif.) deprives humanity of a cure that might end the epidemic forever. Such failure continues the high cost by government, individuals and other entities for drugs, diagnosis and treatment. This 113th Congress must revive and pass the legislation its predecessors allowed to die.

This is not just a personal issue for me. It is a community issue. It’s a government issue. It’s a global issue. As citizens of this great nation, we have the leverage and we must use it. Our civic responsibility requires us to get involved. Now is the time to require action from our leaders. Write letters, tell our personal stories, email, sign petitions, march in the streets. Let us do whatever it takes to make this legislation the law. My sister, mother and dad will rejoice wherever they are.

Kushaba Moses Mworeko, pursuing a master’s degree in social work through the University of Southern California, successfully applied for asylum in the U.S. on the basis of sexual orientation and settled in D.C. Contact him at mworeko@gmail.com.