One day after President Barack Obama made a historic call for full equality for gay Americans during his second inaugural address, the White House is giving no indication that the president will address the question of whether the Constitution protects the right of same-sex couples to marry. 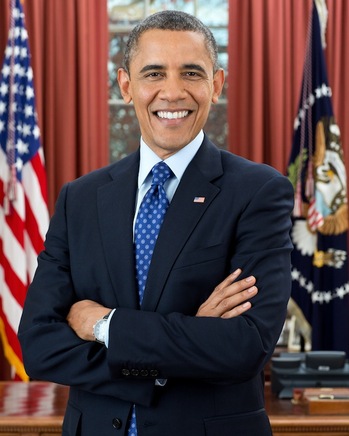 During a press briefing Tuesday morning, White House press secretary Jay Carney told reporters that the president continues to believe same-sex marriage is not a federal issue and should be decided at the state level.

Asked by NBC’s Kristen Welker if Obama’s call for equal treatment for “our gay brothers and sisters” suggests Obama now believes same-sex marriage is an issue that should be addressed at the federal level, Carney appeared to skip around the issue before reaffirming the president’s position.

“The president’s position on this has been clear in terms of his personal views,” Carney said. “He believes that individuals who love each other should not be barred from marriage.”

“We have taken positions on various efforts to restrict the rights of Americans, which he generally thinks is a bad idea,” Carney said, noting the Obama administration’s involvement in several cases challenging the constitutionality of the Defense of Marriage Act since the Justice Department stopped defending the 1996 federal law in February 2011. “But the overall principal that we should not discriminate or treat differently LGBT Americans is one he believes in deeply.”

Carney said that the administration’s opposition to DOMA shows that they do not believe the issue of same-sex marriage should be addressed through federal litigation.

Asked later to clarify the president’s position, Carney reiterated: “The president believes that it’s an issue that should be addressed by the states.”

Carney’s statements come as LGBT-rights advocates questioned whether Obama’s historic call for gay equality was an indication that he would address whether he believes state restrictions banning same-sex marriage are unconstitutional.

“Our journey is not complete until our gay brothers and sisters are treated like anyone else under the law – for if we are truly created equal, then surely the love we commit to one another must be equal as well,” Obama said during his inaugural speech yesterday from the West Side of the Capitol in what some have described as Obama’s strongest call yet for LGBT equality.

“We, the people, declare today that the most evident of truths – that all of us are created equal – is the star that guides us still; just as it guided our forebears through Seneca Falls, and Selma, and Stonewall,” Obama said, referencing the 1969 Stonewall Riots in the same sentence as the 1848 women’s rights convention in Seneca Falls, N.Y., and the 1965 civil rights march in Selma, Ala.

According to Human Rights Campaign Vice President Fred Sainz, Obama’s call for equal treatment under the law for gay and lesbian Americans is at the center of the argument against Proposition 8.

“We view the president’s filing of an amicus brief in this case as the next natural step of his inaugural remarks,” Sainz told Metro Weekly.

Freedom to Marry President Evan Wolfson noted that Carney did not specifically say same-sex marriage is not a federal issue, adding that the White House appears to be trying to frame the question very carefully.

“The bottom line is that the president has never said that the denial of the freedom to marry is not a federal question,” Wolfson told Metro Weekly. “What he’s said is it’s something addressed by states, and that is true as far as it goes.”

Wolfson added that he is confident the president knows the Constitution guarantees the right to marry.

“The profound moral statement and the way in which the president talked about the freedom to marry yesterday was so magnificent,” Wolfson said. “It’s time now to put that vision into action, in this case by stating clearly what the Constitution requires.”

In an interview with Time in December for the magazine’s annual “Person of the Year,” Obama said that because the briefs in the Proposition 8 case are still being written, he should “probably be careful about making any specific comments on it.”

Obama’s vow to continue to push for LGBT rights in his second term was welcomed by advocates who continue to pressure the president on a number of issues, including the signing of an executive order that would prohibit federal contractors from discrimination on the basis of sexual orientation or gender identity and granting same-sex military couples rights that continue to be denied to them under DOMA.

At today’s briefing, however, Carney gave no specifics as to what Obama hopes to accomplish in his second term on LGBT rights.

“He will build on the progress that was made in achieving equality for LGBT Americans. And, again, that is not a proposition that he believes will be embraced only by one political party or faction of the country, because there is a link here between the March on Washington, Seneca Falls and Stonewall,” Carney said, adding that the pursuit of equal rights is something that Democrats and Republicans have historically worked on together.