By Justin Snow on February 6, 2013 @JustinCSnow

The Boy Scouts of America will not consider lifting the organization’s long-standing ban on gay members and leaders until May, the group announced today. 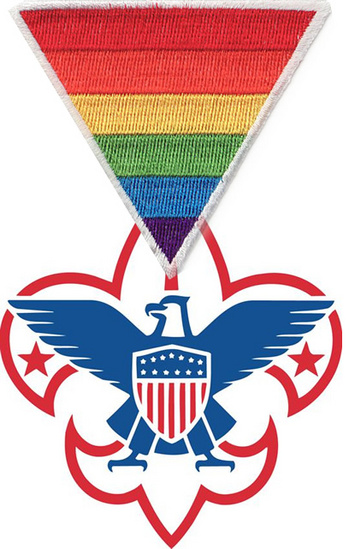 In a statement released the same day the organization’s board of directors were scheduled to consider ending the national discriminatory ban, the BSA announced they would not consider the ban until the BSA’s National Annual Meeting in May due to the “complexity of this issue.”

For 103 years, the Boy Scouts of America has been a part of the fabric of this nation, providing its youth program of character development and values-based leadership training. In the past two weeks, Scouting has received an outpouring of feedback from the American public. It reinforces how deeply people care about Scouting and how passionate they are about the organization.

After careful consideration and extensive dialogue within the Scouting family, along with comments from those outside the organization, the volunteer officers of the Boy Scouts of America’s National Executive Board concluded that due to the complexity of this issue, the organization needs time for a more deliberate review of its membership policy.

To that end, the National Executive Board directed its committees to further engage representatives of Scouting’s membership and listen to their perspectives and concerns. This will assist the officers’ work on a resolution on membership standards. The approximately 1,400 voting members of the National Council will take action on the resolution at the National Annual Meeting in May 2013

The BSA has faced intense pressure since news broke last week that the organization would consider lifting the ban. Both opponents and supporters have lobbied the BSA, placing newspaper ads and urging supporters to call the organization’s headquarters in Texas.

For opponents of the ban, today’s delay does nothing more than prolong discrimination against gay youth.

“This is an abdication of responsibility,” said Zach Wahls, an Eagle Scout and founder of Scouts for Equality, in a statement. “By postponing this decision, the BSA has caved to those who argue that their ideas about being gay trump basic Scouting values of kindness, courtesy and bravery. Scouting was built on a foundation of respect and dignity. Today, the BSA cracked that foundation.”

According to Human Rights Campaign President Chad Griffin, “Every day that the Boy Scouts of America delay action is another day that discrimination prevails.”

While some advocates have heralded the news that the BSA might end their national gay ban, HRC has argued the end of the national ban does not go far enough in that local units would still be allowed to discriminate.

“Now is the time for action,” Griffin added in a statement. “Young Americans, gay and straight, are hurt by the inaction associated with today’s news. The BSA leadership should end this awful policy once and for all, and open the proud tradition of Scouting to all.”

White House press secretary Jay Carney did not give reaction to the BSA’s decision to delay Wednesday, reiterating President Barack Obama’s opposition to the BSA’s gay ban. As recently as Sunday, Obama told CBS News that no one should be barred from participating in the Boy Scouts.

For anti-gay groups, who argued lifting the ban would open the door to sexual abuse, today’s announcement was viewed as a delay.

“The leaders of the Boy Scouts were wise not to abandon their longstanding national membership standards, as they were reportedly on the brink of doing,” said Tony Perkins, president of the Family Research Council, in a statement. “However, it is not enough that they postpone a decision. Instead, the BSA board should publicly re-affirm their current standards, as they did just last July.”