By John Riley on February 5, 2013 @JohnAndresRiley

A Maryland legislative ethics committee has found that Del. Emmett Burns (D-Baltimore Co.) committed a “particularly egregious abuse of public resources” by writing a letter on official General Assembly letterhead to Steve Bisciotti, owner of the Baltimore Ravens football team, asking him to “take the necessary action” and order Ravens linebacker Brendon Ayanbadejo to “cease and desist” from expressing his support for marriage equality, according to The Washington Post. 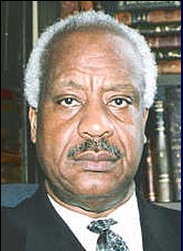 Burns, a longtime foe of LGBT rights, was attempting to stop Ayanbadejo’s advocacy for marriage equality during last year’s fight over Question 6, a referendum on marriage equality, which Maryland voters approved in November by a margin of 52 percent to 48 percent. Maryland marriage license have been available to same-sex couples since the start of 2013.

The Joint Committee on Legislative Ethics on Monday found that Burns violated ethics rules, stating that delegates should not use their General Assembly letterhead to advocate for or against ballot measures. But the committee also found that, since Burns has already apologized for the incident, there is no need for disciplinary action, the Post reports.

“Your use of official General Assembly letterhead to pressure the employer of a citizen of Maryland to suppress the citizen’s right of free speech was a particularly egregious abuse of public resources,” the committee told Burns in a letter dated Jan. 30.

Ayanbadejo, who received support from fans and fellow football player Chris Kluwe after Burns tried to hinder his free-speech rights, has long been an ally in the fight for marriage equality, even though it put him at odds with some of his fellow teammates such as Matt Birk, who had written an opinion piece in his home-state paper, the Minneapolis Star Tribune, asking voters in Minnesota to approve a constitutional amendment that would have banned same-sex marriage, though same-sex marriages are already banned under state statute. Voters in Minnesota rejected the amendment. 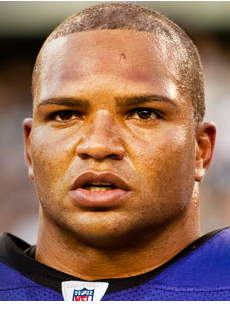 After the Ravens won the AFC Championship and were headed to the Super Bowl, Ayanbadejo used his platform as a member of a Super Bowl team to advocate for marriage equality, emailing some proponents to ask how he could best get the message out.

Ayanbadejo’s actions also stood in contrast to a back-and-forth in the national media concerning anti-gay remarks made by San Francisco 49ers cornerback Chris Culliver in an interview with provocative talk-show host Artie Lange about how he would not want to be in the locker room with an openly gay teammate.

After receiving some national backlash, Culliver apologized for the remarks, but the situation was exacerbated after two of his teammates who had appeared in an “It Gets Better” video targeted at LGBT teens were asked about their involvement and denied taking part in the video. They were later shown the video and insisted they thought the project was an anti-bullying video, not targeted at the LGBT community. The project’s founder, Dan Savage, later pulled the video after the 49ers comments.

Meanwhile, Ayanbadejo’s teammate Terrell Suggs said that he would “absolutely not” have a problem with a gay teammate. After the Ravens defeated the 49ers 34-31 in the Super Bowl Feb. 3, Ayanbadejo did an interview with hip-hop mogul Russell Simmons where he reiterated his support for LGBT rights and marriage equality.