Blowing Up the Coalition

Clarence Mitchell, the civil-rights activist and longtime chief lobbyist for the NAACP, used to tell of something then-Senate Democratic leader Lyndon Johnson often said to him in the 1950s: “Clarence, you can get anything you want if you’ve got the votes. How many votes have you got?” Effective activism requires building coalitions that bridge a community’s cultural, racial, religious and other forms of diversity. A good coalition practices the politics of addition.

Some advocates of change, perversely, prefer the politics of subtraction. On March 27, as Edith Windsor’s challenge to the Defense of Marriage Act was being heard by the U.S. Supreme Court, Keli Goff of The Root was trying to drive a racial wedge: “Yet again, wealthy white males are driving the agenda, and everyone else is expected to follow, including the media and the president.”

This might come as news to the National Black Justice Coalition, whose film Black Love tells the stories of black gay and lesbian couples “who have courageously stood on the front lines of the fight for marriage equality.” It might also surprise NAACP President Ben Jealous and Maryland Pastor Delman Coates, who played significant roles in Maryland’s marriage-equality victory in the 2012 election. But it would not surprise the National Organization for Marriage, whose strategic goal “to drive a wedge between gays and blacks” was exposed a year ago.

On March 28, blogger Mia McKenzie objected to the “time and energy and money being poured into getting one more privilege for one group of people” and said that other groups’ issues were being ignored, including bullying and anti-transgender violence. That is hardly true in my hometown of Washington, where several groups have worked to combat bullying and anti-transgender discrimination. Like our counterparts around the country, we know how to multitask.

The marriage-equality fight began at the grassroots, not with national groups. It is not about privilege. Lower-income couples benefit more from civil marriage because it serves as the poor man’s lawyer, providing hundreds of protections that couples otherwise need expensive legal instruments to approximate. Nor is it walled off from other issues. Marriage reaches into every aspect of life. It will be a key victory from which much else springs.

Aside from being factually wrong, the wedge drivers seek to undermine cooperative efforts via racial and class-based disparagement – to what useful end? Each of us has particular talents, passions and areas of expertise. Browbeating one another or ranking oppressions advances no other issue, it merely sows discord. Assigning motives of selfishness and parochialism perversely tries to combat bias with more bias.

In a classic move to get us fighting each other instead of our common oppressor, Goff even dismisses Loving v. Virginia, the 1967 interracial marriage case the marriage-equality fight resembles: “After all, dating someone of a different race would probably be the last thing on your mind if you can’t even attend school with or work alongside your partner or are still worried about exercising your right to vote.”

A colleague who knows Goff offered the insight that she is not an activist and has no coalition partners. He says her shock science is to produce maximum hits online, so she throws bombs.

Faced with such people, I recall the simple advice of children’s television pioneer Fred Rogers: “Look for the helpers.” False “guns or butter” choices help no one but the haters and those who exploit controversy for personal advantage. Successful organizing requires that we seek out people in every community with whom we can work despite our differences. Dumping our baggage on one another may be therapeutic, but will not change a single policy nor save a single life. Let’s disappoint the exploiters, and try to help.

Richard J. Rosendall is a writer and activist. He can be reached at rrosendall@starpower.net.

Howard U plays host to this year's Dance Institute of Washington show, organized around the theme "Celebrating Life and Harmony." 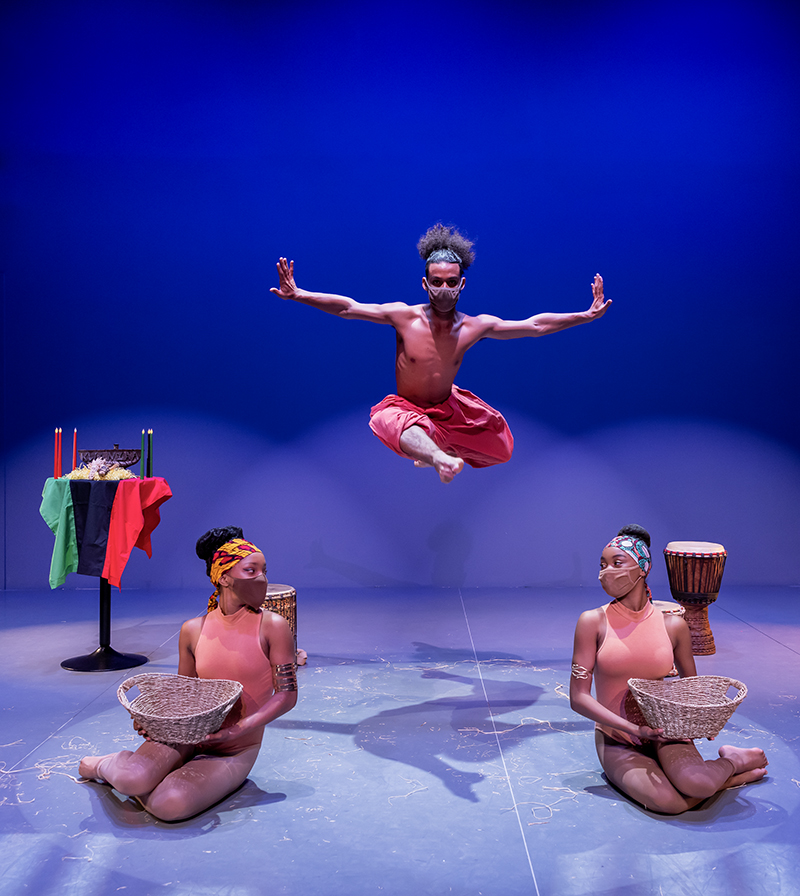 The late Fabian Barnes launched the Dance Institute of Washington in 1987 with a mission of improving the lives of underserved children in D.C. through the arts. More specifically, the institute provides dance and ballet training and support for aspiring Black and minority dancers in ways that ultimately might inspire more to pursue careers and find success in professional ballet and the dance industry.

Forty-five years later, and six years after Barnes' death, the institute is touted as "the leading minority-led pre-professional dance equity organization in D.C." It has also been heralded for its work in teaching its students beneficial life-building skills, from nutritional guidance to anger management, above and beyond the core artistic training and academic discipline.