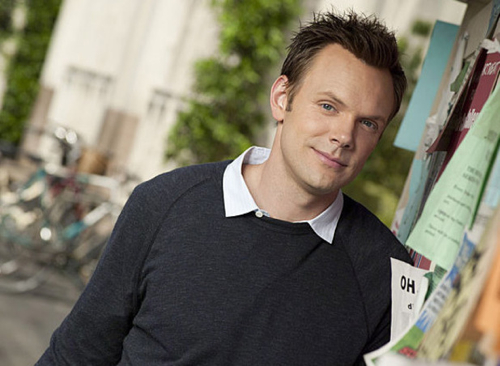 Community star Joel McHale, in an interview with The Advocate, who asked if he had a “dude crush.” McHale noted that he finds “it really weird when guys flip out over someone thinking they might be gay. If a guy gets offended by that, there’s something wrong with him. I take it as a compliment.” He also noted that he sometimes gets propositioned by men. “Actually, guys sometimes will tweet me, ‘I’m in LA. Staying at such-and-such hotel. What do you think?’ Of course, it all depends on the quality of the hotel.”