The Republican National Committee reaffirmed the GOP’s official opposition to marriage equality with a unanimous vote on Friday, despite pushback from pro-gay conservatives. 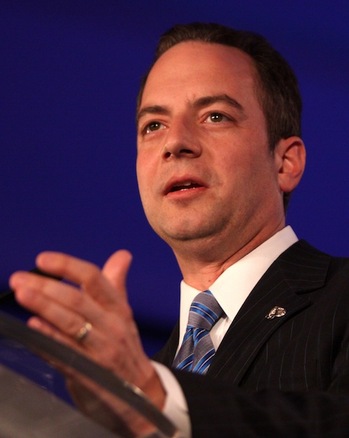 During Day Two of the RNC’s three-day spring meeting in Los Angeles, the committee approved two resolutions: one that supports the “core values” of the 2012 Republican national platform, including the belief that marriage is between a man and a woman; and another stating marriages with two parents of the opposite sex is the “optimum environment in which to raise healthy children for the future of America.” The second resolution also “implores the U.S. Supreme Court to uphold the sanctity of marriage in its rulings on California’s Proposition 8 and the Federal Defense of Marriage Act.”

According to Time magazine, the resolutions were passed without debate after RNC Chairman Reince Priebus moved to have all of the resolutions before the committee considered together, essentially shutting down debate. They passed with a voice vote.

Today’s vote comes after pro-gay conservatives pushed the RNC to dismiss the resolution supported by some of the party’s most socially conservative leaders. But those social conservatives also pushed backed, warning GOP leadership they could abandon the party if its official position on marriage changes.

“Until the RNC and the other national Republican organizations grow a backbone and start defending core principles, don’t give them a dime of your hard-earned money,” Tony Perkins, president of the Family Research Council, told supporters in an email yesterday. Perkins, who attached his name to a letter sent to Preibus warning of desertion, helped draft the GOP’s national platform last summer calling for a national gay marriage ban.

Although few expected the party to change its official position on marriage during their spring meeting, advocates say the resolution was an unnecessary step backward after the party has sought to become more inclusive of gay people.

Gregory T. Angelo, executive director of Log Cabin Republicans, told Metro Weekly that the resolution coming as the party platform already opposes same-sex marriage “shows clearly there are a number of social conservatives who see the writing on the wall and are fighting like hell to prevent what is inevitable.”

“This is a party that’s experiencing growing pains right now because not everyone is of the same mind when it comes to marriage equality,” said Angelo, adding that the party’s official platform has not stopped Republicans such as Sens. Rob Portman (Ohio) and Mark Kirk (Ill.) from endorsing marriage equality.

“The platform is clear about the party’s position on marriage, so the resolution wasn’t necessary. This resolution was motivated by anti-gay bigotry and brought forward by RNC members who just don’t like gay people,” added Jimmy LaSalvia, executive director of GOProud.

“Tolerating this kind of bigotry will only serve to turn off more and more voters, and until the leadership of the RNC is willing to confront and denounce bigotry in its own ranks, they will continue to lose elections,” LaSalvia said. “I guess they are not finished losing.”

It was a sentiment echoed by Tyler Deaton, campaign manager of Young Conservatives for the Freedom to Marry, who said in a statement that the resolution “shows a party stuck in the past, not aligned with the majority of Americans and not aligned with the next generation of the conservative movement.” Representatives from the group of young conservatives sent a letter to voting members of the RNC yesterday calling on them to reject the resolution.