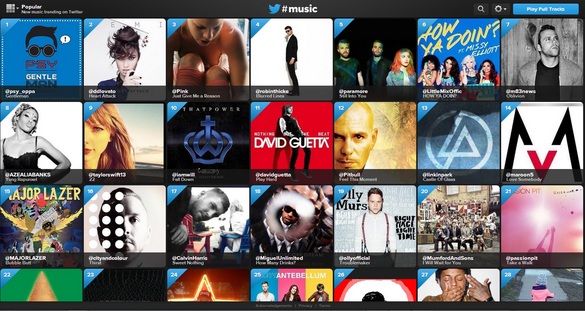 Twitter today announced the launch of their new #music service, which aims to change the way we interact with music and artists. Using activity on its site, #music aggregates, through tweets, trends and active engagement, a list of the most popular artists and tracks currently available. Pulling in music data from Rdio, Spotify and iTunes, it presents each artist, a clip or playback option to their song, and links to the artist’s Twitter feed to let users browse their profile, as well as see whom their favorite musician is following and what they’re also listening to. 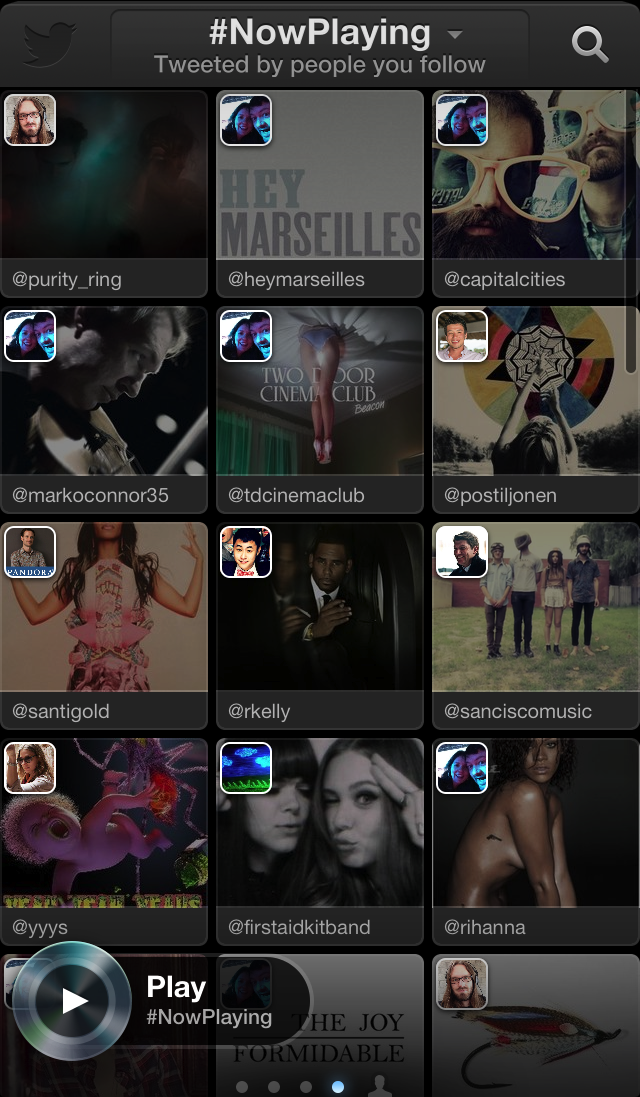 By default, each track will be in the form of an iTunes preview, with links to the iTunes store for those wishing to purchase the full track. Users of Rdio and Spotify, however, can log in with their accounts and stream whole songs through the service. Twitter has committed to exploring other music services and providers in the future, though they’ve cast a pretty wide net already.

Twitter #music aims to offer a fully-rounded service, with the ability to tweet your current track directly from the player, artist search, related tracks, charts, a #NowPlaying section with the current most popular and talked about tracks, and music recommendation based on artist and search criteria.

Also launching is an iOS app, which runs separately from the standard Twitter app. Available now, it offers all of the abilities of the web-based app. There’s no word from Twitter on when we’ll see expansion onto other platforms, but given the reliance on iTunes for track purchases, it’s unlikely to find its way to Android or Windows Phone anytime soon, though Twitter did say it would reach Android “over time.” Nice and specific.

Try it for yourself at music.twitter.com.