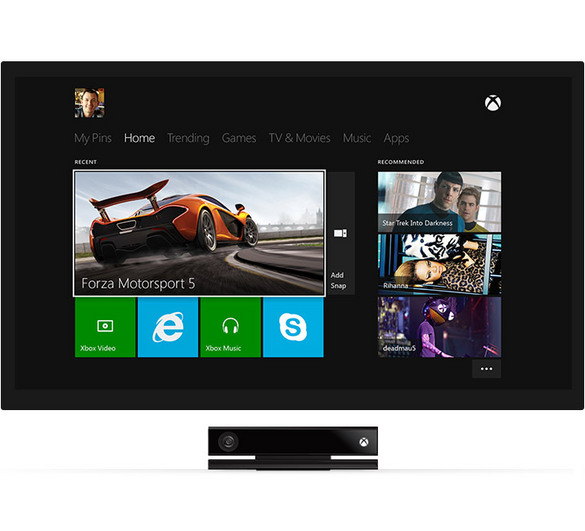 The new Xbox One, unveiled today, will run three operating systems. Yes, three. Microsoft, obviously not content with just a standard gaming OS, has seen fit to included a diluted version of its Windows desktop OS, alongside the standard Xbox OS for gaming and a third OS that allows the two systems to communicate with one another.

Overwhelmed? The Xbox One isn’t, and Microsoft’s approach makes sense when they break it down.

The Windows portion of the console will run a stripped-down version of Windows 8, specialized for the Xbox’s unique requirements. It will handle the majority of the system’s non-gaming functions, of which there are many, including apps and media. Microsoft made a big show of Skype integration, which will utilize the bundled Kinect sensor for video and voice calls. Expect the usual barrage of apps, with Internet Explorer, Xbox Music and Video and a host of TV and Video services available — much like the current 360.

Windows has also heavily influenced the new dashboard, which takes its cues from Windows 8’s Start screen, with a flat, dynamic Live Tile interface. Content will update, and a Trending section will display the latest TV shows and the most popular content used by the whole Live community. My Pins upgrades from a rather useless tile to a separate tab, and — perhaps the coolest feature of all — true multitasking is coming to a console. Side-by-side apps — or snapped apps — is one of Windows 8’s smoothest features, and it’s coming to the Xbox One. Users can run Skype and and play a game simultaneously, or watch a video on Netflix and surf the internet. HDMI in allows for outside content, such as from a cable box, to be displayed alongside any of the available apps — a user could access tweets relating to a TV show as they watch it, for example. 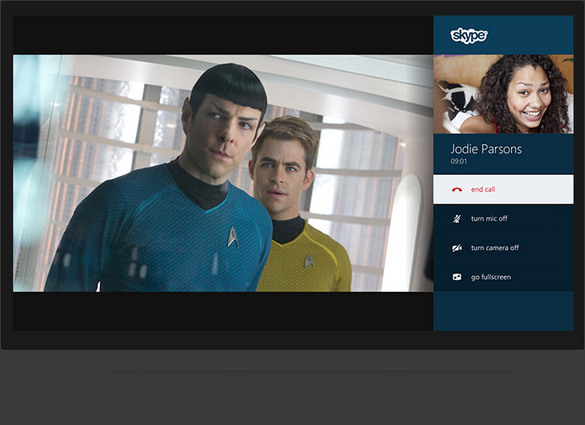 The gaming side of things, Xbox OS, will remain constant throughout the console’s lifecycle — unlike the Windows portion, which can be updated and altered as its desktop sibling refreshes, the gaming side of things won’t alter drastically from the current incarnation, so as to remain familiar to developers. Running in a virtualization layer, it will command most of the system’s processing power, and starts the moment a game is loaded.

As the two OS’s aren’t compatible, a third OS has been designed specifically to enable them to communicate with one another, and the triple-OS approach is said to bring advanced features such as layering — the Windows OS can form panes, over the top of the Xbox OS, such as fantasy football scores layering over the top of a sports game, or a Skype video chat to show your reaction as you play a horror game. 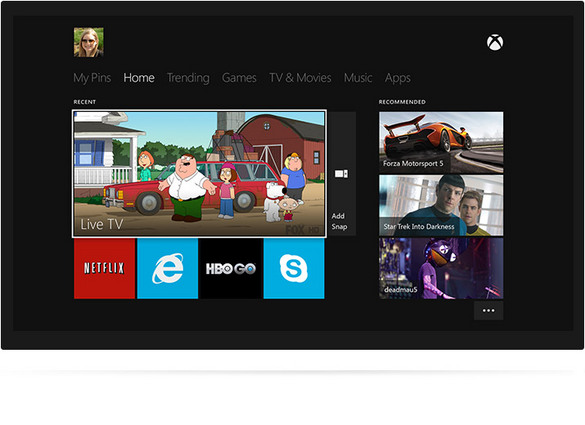 Windows apps won’t work on the system, but Microsoft say the similarity in code makes porting simple for coders, which opens up another avenue for apps and games on the system.

Finally, worry not hardcore gamers — your Gamerscore and current Gamertag will transfer to the new system. Your Xbox Live Arcade purchases, though? Not so much. The new, PC-like x86 architecture rules out any compatibility.

More details are still to be revealed, but expect an in-depth preview of the Xbox One’s dashboard at this year’s E3 — and Metro Weekly will be there to bring you the news as it happens. To remind yourself of Sony’s brief teasing of the PS4’s new OS, click here.