The anti-gay Family Foundation of Virginia last week released its 2012-2013 General Assembly ratings providing overall “pro-family scores” for Virginia legislators ahead of this year’s elections for governor, lieutenant governor, attorney general and the House of Delegates.

The 12th edition of the “report card” ranks legislators on a number of issues the Family Foundation, an organization pushing for public policy to be based upon the values of “life, marriage, parental authority, constitutional government and religious liberty,” deems important, from school choice to abortion to public prayer.

“It is our hope that the report card, along with voter guides TFF Action will distribute in the fall will motivate citizens to vote, and help them make informed choices when they go to the voting booth,” the Family Foundation wrote on its website announcing the ratings.

The report card rates legislators on four specifically LGBT-related issues: the “conscience clause” adoption bill signed into law by Gov. Bob McDonnell (R) in 2012; the confirmation of Virginia’s first openly gay judge, Tracy Thorne-Begland, to the Richmond General District Court; a bill signed into law this year that allows student groups at public colleges and universities to discriminate based on religious, political or philosophical beliefs; and a measure that would prohibit discrimination based on sexual orientation and gender identity in public employment – which was considered as a bill in the Virginia Senate, and as a floor amendment to a budget bill in the House of Delegates.

The report card ratings highlight an intensely partisan divide between Democrats and Republicans when it comes to LGBT issues, particularly among those candidates seeking higher office, with Democrats largely voting in favor of LGBT rights and Republicans opposed, even in the more socially liberal areas of Northern Virginia.

In contrast, Sen. Mark Herring (D-Loudoun, Fairfax counties), one of two Democrats running for his party’s nomination for attorney general, received a score of just 18; while Sen. Ralph Northam (D-Norfolk, Virginia Beach, Northampton, Mathews, Accomack counties), one of two Democrats running for lieutenant governor, received a rating of 25. Herring’s and Northam’s respective party-primary candidates, Justin Fairfax and Aneesh Chopra, were not rated by the Family Foundation, as they are not members of the General Assembly. 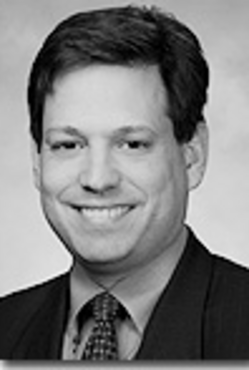 On the four LGBT issues graded by the Family Foundation, almost all Northern Virginia senators – aside from Black – were pro-LGBT, with seven voting against the “conscience clause” and student group discrimination bills, and in favor of the nomination of Thorne-Begland and the employment nondiscrimination bill. Those seven earned scores ranging from 12 to 24.

Sens. Chuck Colgan (D-Manassas, Manassas Park, Prince William Co.) and Jill Holtzman Vogel (R-Loudoun, Fauquier, Clarke, Frederick counties, Winchester) voted for the student groups and the “conscience clause” bills but pro-gay on the other two votes, earning them higher ratings from the anti-LGBT group: 53 for Colgan and 89 for Vogel.

A partisan divide was more apparent among the 29 delegates representing Northern Virginia, with 14 of 15 Democrats taking pro-LGBT positions. Their overall scores ranged from 0 to 38.

The remaining Democrat, Del. David Bulova (D-Fairfax Co.), earned a Family Foundation rating of 26 and had a mostly pro-gay record, though he did vote for the student groups bill pushed by the Family Foundation.

Vocally anti-gay Democrat Del. Bob Marshall (Manassas Park, Prince William Co.) earned a 93 rating. He was one of seven Northern Virginia Republicans who earned scores from 90 to 100 from the Family Foundation. All seven supported anti-gay legislation and opposed any progress on LGBT rights in the legislature.

LeMunyon and Rust, while earning some of the lowest “pro-family” ratings among Republicans in the General Assembly, still rated significantly higher than most Democrats in the Family Foundation’s assessment.

Equality Virginia, the commonwealth’s major nonpartisan LGBT-rights organization, will release its own scorecards for members of the General Assembly Monday.

John Riley is the local news reporter for Metro Weekly. He can be reached at jriley@metroweekly.com
← Previous Story Minnesotans United shifts focus to protecting supportive lawmakers
Next Story → White House to honor LGBT leaders as “Champions of Change”