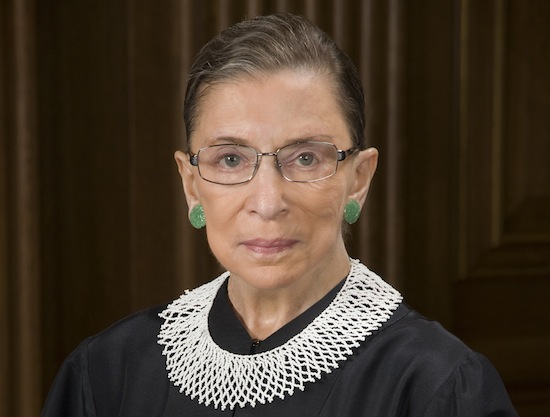 The Supreme Court ruled narrowly today to make it harder for employees to sue their employers for workplace discrimination and retaliation in two cases advocates say could have consequences for LGBT people.

In two 5-4 decisions that divided the justices along ideological lines, the court ruled in Vance v. Ball State University that in order for a person to sue a “supervisor” in a discrimination lawsuit, that supervisor must have the ability to hire and fire in an opinion authored by Justice Samuel Alito. Although employees could still sue for an employer’s failure to prevent harassment, the narrowing of the definition of supervisor to only those with the power to take “tangible employment action” against a victim makes it more difficult to blame a business for harassment by a co-worker.

In University of Texas Southwestern Medical Center v. Nassar, Justice Anthony Kennedy wrote the majority opinion, stating employees “must establish that his or her protected activity was a but-for cause of the alleged adverse action by the employer.”

Leading the liberal wing of the court in their dissents in both cases was Justice Ruth Bader Ginsburg, who criticzed the decisions in a statement delivered in the courtroom.

“Both decisions dilute the strength of Title VII in ways Congress could not have intended,” Ginsburg said, referring to the statute of the Civil Rights Act that prohibits workplace discrimination on the basis of race, color, religion, sex and national origin.

“As anyone with employment experience can easily grasp, in-charge employees authorized to assign and control subordinate employees’ daily work are aided in accomplishing their harassment by superintending position in which their employer places them, and for that reason, the employer is properly held responsible for their misconduct,” Ginsburg continued. “The Court’s disregard for the reality of the workplace means that many victims of workplace harassment will have no effective remedy.”

Ginsburg went so far as to call on Congress to right the high court’s error with legislation, stating, “Today, the ball again lies in Congress’s court to correct this Court’s wayward interpretations of Title VII.”

Ginsburg, who equated the two rulings to the court’s 2007 ruling in Ledbetter v. Goodyear Tire & Rubber Co. that led Congress to pass and President Barack Obama to sign the Lilly Ledbetter Fair Pay Act in 2009 extending the statute of limitations for filing an equal-pay lawsuit, was joined by Justices Stephen Breyer, Sonia Sotomayor and Elena Kagan.

The decisions were also criticized by civil rights and labor organizations and, while the two cases did not pertain to sexual orientation or gender identity, they could still impact LGBT people. Tico Almeida, president of Freedom to Work, said the rulings will have immediate consequences for transgender people who file hostile work environment claims under Title VII with the Equal Employment Opportunity Commission (EEOC), and for complaints filed if and when the Employment Non-Discrimination Act (ENDA) becomes law.

According to Almeida, the “conservative activists on the Supreme Court” — Justices Alito, Antonin Scalia, Kennedy, Clarence Thomas and Chief Justice John Roberts — “ignored decades of well-established law and went out of their way to weaken the protections that keep all Americans safe from hostility and harassment on the job.”

“Without congressional action, there will be more workplace harassment, more hostility, and less accountability for the unscrupulous employers who turn a blind eye to bullying against their employees. Today’s cases negatively impact LGBT victims of workplace discrimination, and have negative implications for an eventual ENDA as well as transgender plaintiffs who bring Title VII cases now under the historic Macy vs. Holder decision by the bipartisan EEOC,” Almeida continued. “It’s time for congressional leaders to restore what the conservative justices have taken away from the American people.”

“We are disappointed that the court continues to narrow civil rights employment protections, and by doing so, the court is undermining the principle that employment should be based on ability not bias,” Sainz added.

The wait continues for the high court’s decisions in the cases surrounding Section 3 of the Defense of Marriage Act (DOMA), defining marriage as between a man and a woman, and Proposition 8, California’s same-sex marriage ban. More opinions are expected to come down at 10 a.m. on Tuesday, June 25.