Ryan Fecteau, the Catholic University of America (CUA) student who spearheaded the effort to have CUA recognize an LGBT student group as an official campus organization, announced June 20 his candidacy for state representative in his home state of Maine in 2014.

Fecteau, who was elected CUA’s first openly gay Speaker of the Student Association in the spring of 2012, will run as a Democrat for the District 135 seat being vacated by retiring Rep. Paulette Beaudoin (D-Biddeford), and will return home on most weekends during the spring semester of his senior year leading up to the June 10 primary next year. 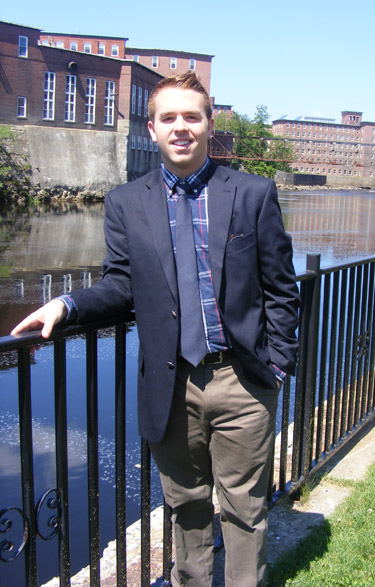 In D.C., Fecteau was known mostly for his efforts to have CUA recognize the LGBT student group, CUAllies. The university rejected the group’s proposal last December, citing concerns by administrators that the group would become an advocacy organization for causes contrary to Catholic Church teachings on homosexuality, despite the fact that the university had an officially recognized gay and lesbian student organization from 1988 to 2002.

Fecteau also previously served as an elected member of the Biddeford Charter Commission in 2011 and was the youngest and first openly gay chairman of the Biddeford Democratic Committee in 2012. He has since resigned from as chairman to avoid a conflict of interest during the June 2014 primary, according to a press release from the candidate.

Fecteau told Metro Weekly that running for office was an “incredible” chance to make a difference for his home state and believes he will bring good ideas to the table and serve as a “rejuvenating” presence in the State House, where the body is largely made up of retirees and is lacking in younger legislators.

“Our governor is hell-bent on causing as much havoc as possible in Augusta,” Fecteau said of Gov. Paul LePage, a Tea Party conservative and anti-gay politician who was elected in a four-way race in 2010.

When asked about LePage’s recent comments to Sen. Troy Jackson that “he’s the first one to give it to people without providing Vaseline,” Fecteau said he found the comments, nasty, unproductive and homophobic, even though Jackson is not gay.

“I’m personally not afraid of Gov. LePage, though some of his fellow Republicans might be,” Fecteau said, claiming that several Republican legislators have changed their votes following LePage’s vetoes of legislation. “Getting into a war of words with him is not very productive, and he make himself look worse when he speaks.”

Although no other Democrats have announced their candidacy, Fecteau expects others to enter the race in the coming months. He is hopeful he will win the primary so that he will be able to run as part of the Democratic slate of candidates in November 2014, hopefully along with U.S. Rep. Michael Michaud, who is moving towards challenging LePage for the governor’s office.