For those who thought the issue of same-sex marriage in Virginia would be swept under the rug this election year, Robert Sarvis says otherwise. 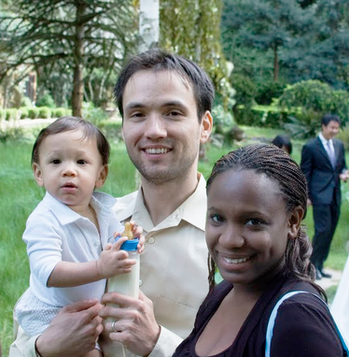 Sarvis, the gubernatorial nominee for the Libertarian Party of Virginia, released a Web ad June 26, the day of the Supreme Court rulings on the Defense of Marriage Act and Proposition 8, touting his support for marriage equality while knocking his Democratic and Republican opponents for a lack of leadership on the issue.

In the commercial, now posted on Sarvis’s website but soon to be featured as a paid advertisement elsewhere, the 36-year-old Annandale resident compares the battle over recognizing same-sex marriage to the Loving v. Virginia Supreme Court case that overturned Virginia’s ban on interracial marriage.

Sarvis, who is married to a black woman, cites his own personal story in the spot, noting that his own marriage would have once been illegal under Virginia law, similar to the way that the Virginia Constitution’s Marshall-Newman Amendment prohibits the recognition of any form of same-sex relationship now.

“Today, Virginia still isn’t for all lovers,” Sarvis says in the commercial. “That’s why I want to honor the Loving legacy, and lead the fight now, in this election, to recognize same-sex marriage in Virginia.”

The spot ends with Sarvis asking those who support marriage equality to go to his campaign website and sign a petition calling for the recognition of same-sex marriages in the commonwealth.

Sarvis also mentioned the issue in a June 26 press release, stating it is “imperative” that supporters of marriage equality build on the DOMA ruling.

“This year’s race for governor of Virginia will be America’s most-watched political contest, and I’m committed to making sure supporters of same-sex marriage have a confident voice in what will be the first major election after today’s DOMA decision,” Sarvis said.

In a July 2 interview with Metro Weekly, Sarvis elaborated on his thoughts regarding LGBT rights.

“I’ve had an opinion on this issue for a long time,” Sarvis said, adding that he thought Virginia’s 2006 voter-backed ban on recognizing any form of same-sex relationship was “a big mistake” and “wrong.”

When asked why he was making marriage equality part of his platform, Sarvis said the issue is one that directly touches many people’s lives and families, again citing the similarities with his own marriage and Virginia’s legal history.

“I’ve had people tell me that some people get stuck on that issue,” Sarvis said of his stance on recognizing same-sex relationships. “I’m not going to get every single vote, but I think it’s time to push this issue.”

Sarvis also had some harsh words for his opponents, Democrat Terry McAuliffe and Republican Ken Cuccinelli.

“In this race, it really became clear that this is the time to push for [same-sex marriage], not just ‘support’ it,” Sarvis said, referencing McAuliffe’s stance of supporting gay marriage in theory but declining to advocate on its behalf should he become governor. “It’s a real opportunity to argue for having a vote on it and moving it through the political process.”

Of Cuccinelli, Sarvis said the attorney general “exemplifies what’s wrong with the current Republican Party in Virginia,” and that Cuccinelli uses the force of state government to unreasonably interfere in people’s personal lives.

Sarvis also opined on several other recent LGBT-related measures that have been debated in the Virginia General Assembly, including the so-called “conscience clause” bill, passed into law in 2012, that allows adoption agencies that receive state dollars to discriminate against prospective adoptive or foster parents; and a bill, passed by the Senate but defeated in the House during the 2013 session, that would have prohibited discrimination based on sexual orientation and gender identity in public or state employment.

“People have a right to conscience, but they don’t necessarily have the right to accept state funding and behave that way,” Sarvis said of the conscience clause bill. “Generally, I’m not in favor of giving state money to those who discriminate. Adoption agencies that receive private dollars can always behave differently.”

When asked if a reform of the state’s marriage laws would require an omnibus bill to reform the state’s adoption laws, Sarvis said that would be a decision for General Assembly lawmakers, but stressed the importance of getting as much done as possible when it comes to same-sex families’ rights.

Sarvis also pledged that he would sign a public employment nondiscrimination bill into law if the General Assembly sent it to his desk.

When asked whether his third-party status would essentially just serve as a spoiler for one of the major party candidates, Sarvis objected to that characterization.

“It’s a mistake to think in that way,” he said. “When the debates come around, you want me there. I’m better suited to stand up to Ken Cuccinelli. I have a much better understanding of constitutional law and economic issues than Ken Cuccinelli, and certainly more than Terry McAuliffe, and I’m a better defender of freedom and equality.”

Sarvis particularly objected to the idea that particular voting groups have to vote for a certain candidate.

“Terry McAuliffe seems to think he has LGBT voters in his back pocket,” Sarvis said. “I think it’s really offensive when people try to stereotype voters.”

Sarvis added that he hopes LGBT groups such as Equality Virginia will have “an open mind” with regard to supporting candidates. Equality Virginia’s Political Action Committee (EVPAC) previously endorsed McAuliffe over Cuccinelli, but before Sarvis had been able to certify the 10,000 signatures needed to gain ballot access as a non-major-party candidate.

He also said his third-party status, if elected governor, might make him better suited to serve as a mediator between the two major parties in the Legislature.

John Riley is the local news reporter for Metro Weekly. He can be reached at jriley@metroweekly.com
← Previous Story National Organization for Marriage implies being American and LGBT are incompatible
Next Story → With Democrats and mainstream America on board, marriage fight turns to GOP