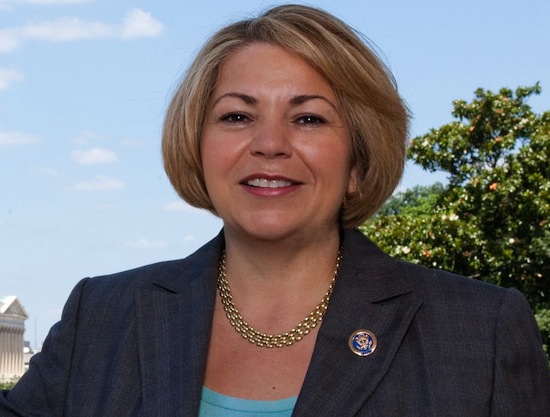 “It is time for our government to stop telling gay and lesbian couples that they are second class citizens,” the California Democrat said in a statement. “Same-sex couples pay into Social Security over the course of their working lives just like other Americans. They should receive the full benefits they have earned. My bill will make sure every American receives a benefit based upon their contribution to Social Security, not their sexual orientation.”

Following the Supreme Court’s June decision striking down Section 3 of the Defense of Marriage Act defining marriage as between a man and a woman as unconstitutional, same-sex couples married in one of the 13 states or D.C. that permit same-sex marriage are now eligible for Social Security benefits. The bill would go one step further, and extend eligibility for such benefits to same-sex couples living in the six states that recognize civil unions as well.

Sánchez’s bill, which was introduced in the House of Representatives with 109 co-sponsors, would “amend Title II of the Social Security Act to provide for treatment of permanent partnerships between individuals of the same gender as marriage for purposes of determining entitlement to benefits under such title.”

“Despite the recent Supreme Court decisions that struck down DOMA and reaffirmed marriage equality in California, millions of LGBT Americans still live in states where they do not have equal access to federal benefits,” said Lorri L. Jean, the CEO of the L.A. Gay & Lesbian Center, in a statement. “The Social Security Equality Act will help many older LGBT Americans live their lives with the dignity and respect that all older citizens of our country deserve.”